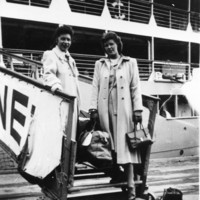 The first British immigrants arrive and settle at Kangaroo Island and Glenelg
c. 1857

83 percent of SA's immigrants were from the British Isles

Patterns of migration among the pre-European population of South Australia are not well known but the Aboriginal peoples were certainly mobile both seasonally and over historical time. Permanent European settlement began with the first British immigrants from July 1836 onwards at Kangaroo Island and Glenelg.

For 150 years substantial proportions of South Australia’s revenues were channelled into subsidised immigration, ensuring a planned population over many decades. The outcome was an extraordinarily homogeneous society derived overwhelmingly from the British Isles. Nevertheless, it was not a smooth process; periods of helter-skelter immigration (as in the 1830s, the mid 1850s, the few years before World War I, and the 1950s and 1960s) were broken by years of recession (including the early 1840s, the 1890s, the 1930s and the 1990s).

In the first year of colonisation more than 7000 people arrived, mostly connected to the elaborate immigration plan pioneered by Edward Gibbon Wakefield. South Australia was distinctive in being the first attempt to employ the Wakefieldian system, synchronising the sale of land with a subsidised inflow of labour. However, Wakefield disagreed with several aspects of its implementation and never visited the colony.

Designed to contrast with the population policies adopted in the other Australian colonies, the plan carefully calibrated the composition of the population, especially with regard to family structure, age and sex balance. It particularly eschewed the introduction of convicts. Most objectives were achieved in the first decades, though a worrying number of convicts infiltrated from the other colonies. While local geographical conditions did not favour the full articulation of Wakefield’s ideas of social engineering, South Australia achieved a very effective balance of the sexes and occupations. The population of the colony rose, mainly by very rapid immigration, to 110,000 within the first 21 years.

Assisted migrants came preponderantly from southern England (especially London, Middlesex, Cornwall, Devon, Somerset and Surrey) followed by Lancashire. Mainly agricultural labourers and domestic servants, they were typical products of industrialising mid nineteenth-century England. In the 1850s South Australia also recruited in some of the least-privileged parts of the British Isles: unemployed Nottingham weavers, inmates of Irish poor houses, and famine-stricken Scottish Highlanders and Islanders. There were recurrent complaints about the quality of the immigrants and the increasing recruitment of Irish migrants. In particular, special selections of many young Irish women in the mid 1850s caused an adverse public reaction, though most fared well in the long run. The main sources of Irish immigrants were Clare and Tipperary.

Many immigrants had been geographically mobile in Britain before coming to South Australia. Immigration was also sometimes a prelude to further migration within the colony or to other colonies, most notably the Victorian goldfields in the early 1850s. Assisted immigration was boosted to counter the outflows to Victoria. South Australia’s population increased fivefold between 1844 and 1855.

After 1857 South Australia departed from the mechanical operation of the original principles of immigration and adopted a discretionary policy of subsidising inflows of immigrants to meet the perceived requirements of the economy and society. In the event, the immigration tap was switched on only for relatively short periods during the remainder of the century: for a few years in the mid 1860s, for a longer period between 1875 and 1884, and during the short-lived but hectic revival before World War I. The original fast flow was not sustained: indeed as many immigrants were assisted to South Australia during the 1850s as in the whole of the following 60 years. Consequently the colony ceased to be dominated by immigrants and increasingly depended on internal sources for its now slower demographic growth.

German and other non-British immigration

In 1861, 83 per cent of South Australia’s immigrants had come from the British Isles: 57 per cent from England and Wales, ten per cent from Scotland and 16 per cent from Ireland. Special recruitment schemes had also brought Germans, whose peaceable integration did not prevent a backlash during World War I when second- and third-generation Germans suffered persecution and a considerable loss of rights. The German immigrants were the most distinctive element in colonial society, retaining many of their cultural forms over several decades. As well as their contributions to the development of agriculture, they supplied social and political leaders at the centre of colonial life. The mass of immigrants, essentially from the British Isles, generally blended with the wider community and there were few significant separate clusterings of specific groups. Some short-term concentrations were exceptions, for instance of the Irish in the Clare Valley in the Mid North.

In 1876 Premier Thomas Playford counselled against Danish, Scandinavian, Italian and other forms of non-British immigration, ostensibly on the grounds of language difficulties. Racial prejudice against small numbers of Syrians, Afghans and Chinese was rife in Adelaide in the 1880s and 1890s. South Australia was fully committed to the highly discriminatory immigration policies that found their full expression in the White Australia legislation at Federation.

In the 1920s South Australia attracted only moderate numbers of immigrants, even though there were special schemes to recruit young men and women from Britain to the rural areas of South Australia. The best known groups were the ‘Barwell Boys’ in 1922–24, many of whom had been unemployed in England and were given extravagant promises of advancement in South Australia. From 1929 the state fell into a demographic slump until 1947. The great inflows of the following two decades stand out as a remarkable transfusion of people, reminiscent of the demographic confidence of the first five years of the colony and the 1850s.

The state’s population growth rate has exceeded that of Australia as a whole during only two periods. The first, from 1861 to 1881, was an era of rapid expansion of wheat farming and copper mining. The second, from 1947 to 1966, saw a vigorous growth of manufacturing industry associated with a program of European immigration fostered by federal and state governments. Premier Tom Playford’s concerted program of industrialisation, together with rapid expansion of the urban economy, were part of the long secular boom across Australia which lasted until the 1970s. Housing shortages, full employment and a scarcity of skilled labour created a sustained demand for immigrants when labour supplies from Britain were faltering. This brought large numbers of non-English-speaking immigrants from the Baltic countries, Germany and The Netherlands, and then from Italy, Greece and eastern Europe, in addition to a substantial British inflow.

Government and private agencies catered for many categories of immigrants, including evacuee and orphan children from Britain during and after the Second World War. Reception hostels at Pennington (in Adelaide’s north-west suburbs) and Woodside (in the Adelaide Hills) were provided to ease accommodation shortages, shortages that these immigrants eventually helped to overcome. Many of the immigrants were refugees from the war and its aftermath.

The decline of European immigration

These new waves of immigration substantially altered the homogeneous character of the population: by the mid 1970s ten per cent of South Australians had been born in non-English-speaking countries. Their offspring counted for a similar number. Thereafter this form of European immigration declined and an absolute decline followed. After 1970 South Australia was seized by the grip of twin demographic depressants: low birth rates and very low net immigration. The long boom in the national and state economies gave way to a series of recessions and higher levels of unemployment which persisted to the end of the twentieth century. Moreover, the rates of natural increase generally declined as birth rates fell below national levels and eventually below the level of replacement. At the same time, however, mortality rates fell and South Australia’s infant mortality rate ranked among the lowest in the world.

Between 1988 and 1998 South Australia gained only 3.3 per cent of its population by net overseas immigration, meanwhile losing 2.7 per cent by net interstate migration. The consequence was very low population growth at the end of the twentieth century. South Australia’s share of the total Australian population declined from 9.4 per cent in 1966 to 7.9 per cent in 1998. Net overseas immigration was lower than in other states. After the 1970s immigrants came predominantly from the United Kingdom, New Zealand and European and South-East Asian countries. By the late 1990s South Australia was attracting a very small proportion of overseas settlers: in 1988 there were 6770 overseas permanent arrivals, with 3220 in 1998.

The 1996 census showed that 24.5 per cent of the resident state population had been born outside Australia. In 1997–98 the United Kingdom was the principal source of permanent settlers, followed by New Zealand, with smaller numbers from Asian countries. South Australia had a significantly higher proportion of British-born in its population than the rest of Australia, but most had arrived before 1971 and the proportion was falling. Many of those living in the new city of Elizabeth were post-war immigrants from Britain.

At the end of the twentieth century almost 22 per cent of South Australians were born overseas, and an additional 19 per cent had at least one parent born overseas. In 1991 there were 35,769 overseas-born in South Australia who had arrived in the previous five years. The proportion of overseas-born had been falling for two decades, reflecting the decline in immigration in those years. At the start of the twenty-first century the South Australian government reconsidered reviving the immigration of skilled labour. These notions coincided with the use of facilities at Woomera for the controversial detention of so-called illegal immigrants by the Commonwealth government. 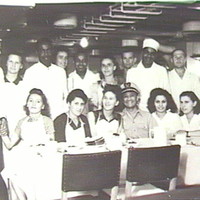 Image courtesy of the State Library of South Australia, SLSA: B 50980, Public Domain 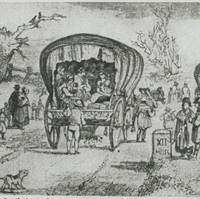 Image courtesy of the State Library of South Australia, SLSA: B 27898, Public Domain 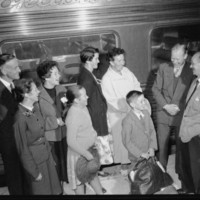 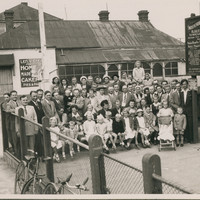 Image courtesy of the State Library of South Australia, SLSA: B 70351/10, Public Domain 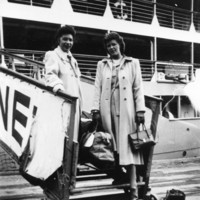 Image courtesy of the State Library of South Australia, SLSA: B 52541, Public Domain 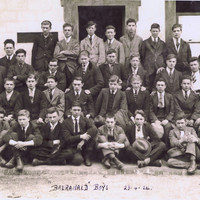 Richards, Eric, ‘Wakefield and Australia’, in Edward Gibbon Wakefield and the Colonial Dream, The Friends of the Turnbull Library (Wellington: GP Publications, 1997)