The first Chinese person in South Australia may have been Tim Sang, who arrived in Adelaide between 1836 and 1840 and tendered for making office furniture for the Customs House in 1842. He probably came from Sze Yap (Four Districts), south of Guangdong province, and spoke a sub-Cantonese dialect.

The opening of China after the Opium War (1839–42) and the rise of the 'coolies' trade in the 1850s encouraged an influx of Chinese labourers throughout the Asia–Pacific region, but only a trickle arrived in South Australia until the discovery of gold in Victoria in 1851. The sudden flood of Chinese gold diggers to Victoria alarmed the authorities, who imposed a poll tax of £10 on every Chinese person landing at Victorian ports. To bypass this unfair tax, the Chinese arrived in South Australia in large numbers and walked to the goldfields. In 1857 an estimated 15 000 Chinese landed at the favoured destination, Robe, a small port on Guichen Bay in the South East. Following anti-Chinese feeling whipped up by European miners in Victoria, in 1857 the South Australian government introduced a similar tax. The influx of Chinese was checked, only a few remaining in the colony. While this number increased slightly from 40 in 1861 to over 100 in the late 1870s, the anti-Chinese climate prevailing in the eastern colonies in the 1880s prevented the arrival of more Chinese and their numbers remained small in the late nineteenth and early twentieth centuries. Most of the estimated 200–300 Chinese were involved in carpentry, market gardening, hawking and small business. In 1891 five Chinese importers in Adelaide dealt in Chinese food, tea, silk, sandalwood and handicrafts. The Sym Choon family opened their import business in Rundle Street, Adelaide, in 1906. The business grew and diversified and by 1930 the family owned at least four city shops.

In the decades after the Second World War Australia became more aware of its geo-political position in the Asia–Pacific region. The White Australia Policy was abolished in 1972. A new policy of multiculturalism removing discrimination against non-white immigrants saw the influx of Chinese from South-East Asia in the 1970s, mainly graduates of Australian universities and refugees from Indo-China. By the end of 1986 an estimated 10 000 Chinese lived in the state. To help these new migrants, in 1971 Edmund Young, Yen Ching-hwang and Joyce Ho founded the Chinese Association of South Australia. Promoting social and cultural activities, this umbrella organisation concentrated on community interests in the areas of immigration, multiculturalism, police–ethnic relations and so on. The association launched the first dragon boat regatta on the River Torrens in 1986 as part of the festivities celebrating the 150th anniversary of the founding of South Australia.

The number of Chinese in South Australia increased in the late 1980s and 1990s, most coming from Hong Kong, Taiwan and China. At the end of the twentieth century there were around 15 000 South Australians of Chinese descent. They included professionals, academics and business executives, while many were involved in restaurants, importing and exporting, manufacturing and retailing. The migrants who arrived after 1972 were better educated than their predecessors and more politically aware. In October 1990 Dr Bernice Pfitzner, a migrant from Singapore, became the first Chinese person to be elected to the state’s Legislative Council, and served until 1997. In May 2000 Alfred Huang, a migrant from Hong Kong, became the first Chinese Lord Mayor of Adelaide. 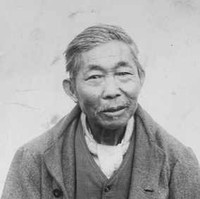 Thanks for sharing your thoughts David.

Dear Author,
Whilst it seems things have changed for the better as time goes on, it's still so very hard for people that migrate/escape or run from Asia, India or anywhere to Australia.
Wish the world would figure out how similar people are, no matter the geographical coordinates of their birthplace.

Rendell, MP, ‘The Chinese in South Australia and the Northern Territory in the nineteenth century’ (MA thesis, University of Adelaide, 1952)