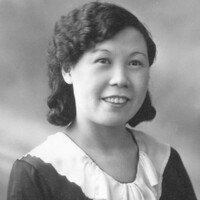 Gladys was born in Adelaide
1924

Gladys Sym Choon's Chinese heritage and her business selling oriental goods were an exotic attraction at a time when the 'White Australia Policy', or the Immigration Restriction Act, made life very difficult for many Chinese people living in South Australia and Australia. She was only 18 when she opened the China Gift Store at 235A Rundle Street, Adelaide in 1924 selling napiery, embroidery, fine textiles and ornaments. The first woman to import goods, she made frequent trips to China and Hong Kong to buy stock for her shop and to visit relatives. The China Gift Store operated until 1985.

Gladys Sym Choon was the third child of John Sym Choon and So Yung Moon who immigrated from Guangdong province in southern China to South Australia in the 1890s. Thomas (1901), Dorothy (1904), Gladys (1905) and Gordon (1910) were born and educated in Adelaide.

John Sym Choon sold fresh fruit and vegetables door to door when he arrived in South Australia. He raised enough money to buy a house and bring his wife So Yung Moon to Australia. The first three children were born at the family home in Unley before the they moved to the East end of Rundle Street. Here they established a business  selling imported Chinese goods including tea, fireworks and handcrafts. Thomas, known as George after 1936, and Gordon took over the family business. Dorothy and Gladys established their own shop importing luxury oriental goods, which Gladys ran on her own after Dorothy married Leslie Young (Poy Hing) in 1930 and moved to Sydney.

The China Gift Store became a well known and popular business. Unlike members of the Chinese community born overseas, Gladys did not require a certificate of exemption from the provisions of the Immigration Restriction Act, and was able to travel frequently to China and Hong Kong. On her visits Gladys bought goods to sell in her store. In a 1990 interview she said 'I had lovely things only the wealthy could afford. Very exclusive things. If anyone wanted that type of thing they would come to see me.' The success of the store allowed Gladys to open a second business in the Regent Arcade which operated from the 1930s to the 1950s.

Both Dorothy and Gladys featured in Australian newspapers. Gladys' wedding was described in detail in both The Advertiser and The Mail. The family was also the subject of negative press as a result of a feud after George and Gordon fell out over business and love. Gladys married Edward (Teddy) Chung Gon, from Launceston, on 12 August 1939 at St Paul's Church, Adelaide, and went to live in Hobart. She placed her businesses in charge of managers and regularly visited her shops in Adelaide. The China Gift Store operated until 1985. The current business occupying the shop uses the name Miss Gladys Sym Choon.

Gladys and Edward had three children and lived in Tasmania for the rest of their lives. Looking back on her life Gladys said that she was fortunate to escape the 'name calling and racial taunts' suffered by other members of the Chinese community in Adelaide. 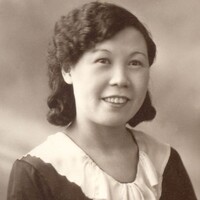 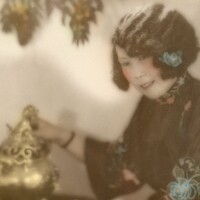 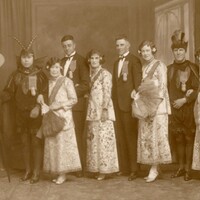