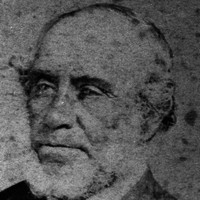 Arrival of the First Italian Settler

When Italy entered the Second World War in 1940, fascist sympathisers were rounded up and in a climate of fear and mistrust 173 Italians were imprisoned for up to three years in the Loveday internment camp near Barmera in the Murray Region.
1950 - 1970

Nearly 30,000 Italians migrated in the 1950s and 1960s, some South Australians initially disparaged these new settlers who ate salami, used garlic and olive oil, spoke Italian in public and celebrated their religious festivals in a boisterous, seemingly idolatrous way.
1976

Initially established in 1976 as the Rundle Mall Italian Festival, today it is a major two-day event on the South Australian calendar that attracts over 25,000 people and provides the opportunity for South Australia's Italian community to showcase its culture and traditions.

Numerically, Italians are the largest group from a non-English speaking background in South Australia. Over 90 000 South Australians are of Italian descent, of whom 20 700 are first-generation settlers (2011 census), amounting to eleven per cent of Australia’s Italian-born population. Most (ninety-two per cent) live in the Adelaide metropolitan area, with concentrations on the north-eastern side of the city—in Payneham, Campbelltown, Hectorville and Newton—and the western suburbs of Fulham Gardens and Lockleys. In regional areas Italians have settled in Port Pirie in the Mid-North, Whyalla on Eyre Peninsula, Murray Bridge in the Murray Region and Mount Gambier in the South-East.

South Australia's first Italian, Antonio Giannoni (1814-1883), a native of Rimini, arrived in Adelaide in 1839 as a sailor on the Recovery. After several years spent whaling at Encounter Bay and fossicking for gold in Victoria, he returned to Adelaide and worked as a cab-driver in Kensington and Norwood, where in 1920 his son Peter was elected mayor. To commemorate the first Italian to settle in South Australia a bust of Antonio Giannoni has been erected on the corner of Osmond Terrace and Norwood Parade. Other well-known early Italians include Maurizio Lencioni, a Passionist priest from Tuscany, who arrived in Adelaide in 1846 and whose tomb is located in the grounds of the Passionist Monastery, Cross Road, Glen Osmond; Salvatore Cilento, a master mariner whose descendants became famous in banking, medicine and the theatre; Paolo Villanis, an expert in winemaking and olive-growing, who lived in Adelaide between 1881 and 1886; and pianist and composer Cesare Cutolo, a Neapolitan who was runner-up in the ‘Song of Australia’ competition won by Carl Linger in 1859.

The earliest group settlement of Italians took shape in the latter decades of the nineteenth century when a small number of fishermen from the town of Molfetta in the region of Puglia made their home in Port Pirie and Port Adelaide. By the 1930s their number had grown to around 300. As a group they were a fluid community. Being skilled fishermen they moved between the two ports, maintaining connections with their relatives and working the abundant fishing grounds along the coastline.

In the first half of the twentieth century the main settlement areas included the west end of Adelaide, where boarding houses run by (mostly female) Italians provided cheap accommodation close to the city’s expanding secondary industries. Other Italians put to good use their age-old agricultural skills by taking up market gardening along the Torrens Valley corridor, as well as in the fertile suburbs to the north-east and west of the city centre. Many Italians who came from impoverished rural villages in the regions of Campania and Calabria sponsored the migration of relatives and family friends. Today these two regional groups (28 per cent and 24 per cent, respectively) together make up over half of South Australia’s Italian population.

In the decades before the 1970s Italians sometimes had to struggle to be accepted in the wider community. At the beginning of the twentieth century the Molfettese in Port Pirie were seen as a threat to the fishing industry and ostracised by many of the local Anglo-Australians. During the Great Depression Italian wharf labourers at Port Adelaide were branded as scabs and similarly victimised. When Italy entered the Second World War in 1940, fascist sympathisers were rounded up and in a climate of fear and mistrust 173 Italians were imprisoned for up to three years in the Loveday Internment Camp near Barmera in the Murray Region. In the same period Italian prisoners of war captured in northern Africa were sent to Australia and some of these were assigned to farms in South Australia. However, they generally formed a good relationship with the Australian farmers, and several Italian POWs chose to return to South Australia as migrants after the war. With the arrival of nearly 30 000 Italians in the 1950s and 1960s some South Australians initially disparaged these new settlers who ate salami, used garlic and olive oil, spoke Italian in public and celebrated their religious festivals in a boisterous, seemingly idolatrous way.

The growing acceptance of multiculturalism and associated encouragement of diversity by successive governments has meant that Italians have become more forthright and visible in expressing their identity, customs and traditions. Some, particularly Italian cuisine, have been adopted by the wider community. Today, South Australians of Italian background are leaders in the fields of winemaking, olive oil production, food and wine importing and distributing, cheese-making, pasta manufacture, joinery and furniture manufacturing, and as restaurateurs. In addition, Italian-Australians increasingly hold prominent positions in public life at the local, state and federal level.

Increased ageing of the Italian-born population in South Australia since the 1980s has meant the Italian community has been active in providing ethno-specific aged care facilities for the elderly. The largest of these nursing homes are run by Bene: Aged care, Italian-style (formerly the Italian Benevolent Foundation SA Inc.) on the north-east side of Adelaide, and on the western side by the Society of St Hilarion Inc. The latter is an aged care facility established by Italians from Caulonia in Calabria, the town from which the highest number of Italians have immigrated to South Australia.

Italians identify strongly with their town, province and region of origin. Most of the fifty or more Italian clubs and religious associations in South Australia have been established with the aim of bringing together Italians from the same province or region. These groups celebrate—as they had done previously in Italy—the annual religious festival in honour of their local saint. At the same time, the various clubs provide social and cultural exchange, strengthen birthplace connections, renew family and village identity, and provide an opportunity for children and grandchildren to experience the traditions, language and customs that are an intimate part of the first generation migrant. Local radio stations that transmit Italian programs have an important function in publicising and promoting these festivals, celebrations and cultural events, as well as providing news, entertainment and Italian music for majority first-generation listeners.

One of the few events designed specifically to bring all Italians together, of whatever regional background, is the annual celebration of Carnevale. Initially established in 1976 as the Rundle Mall Italian Festival, today it is a major two-day event on the South Australian calendar that attracts over 25 000 people and provides the opportunity for South Australia's Italian community to showcase its culture and traditions and to share them with the rest of the community.

Bilateral trade with Italy continues to grow, and is fostered by Adelaide’s very active Italian Chamber of Commerce and Industry. The Italian Chamber promotes business networking, assists in establishing new commercial contacts between Italy and South Australia and provides support for the lobbying of appropriate bodies to ensure that the necessary infrastructure is in place to facilitate trade and investment.

This is a revised version of an entry first published in The Wakefield companion to South Australian history, edited by Wilfrid Prest, Kerrie Round and Carol Fort (Adelaide: Wakefield Press, 2001). Revised by the author and edited lightly. Uploaded 15 August 2014. 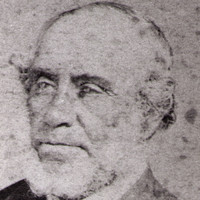 Antonio Giannoni, 1872. Giannoni was the first Italian to immigrate to South Australia 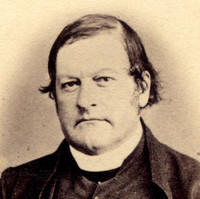 Father Maurizio Lencioni, c. 1850s. Fr. Lencioni was a Passionist priest and one of the first Italians to minister in Adelaide 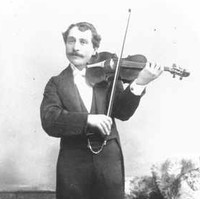 Francesco Setaro, 1890. Setaro was a well known Italian violinist and composer resident in Adelaide in the 1890s
Courtesy of/Photographer:Bond & Co.

Image courtesy of the State Library of South Australia, SLSA: B 60708, Public Domain 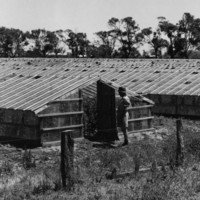 Image courtesy of the State Library of South Australia, SLSA: B 48539, Public Domain 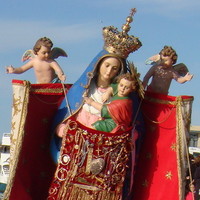 Members of South Australia’s Italian community participate in the Our Lady of Martyrs Festival at Port Adelaide, 2008
Courtesy of/Photographer:Desmond O’Connor 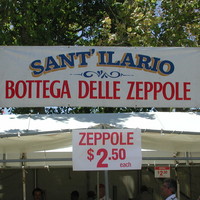 That's quite a family tree Martin.

I am a great-great grandson of Antonio Giannoni/Gannoni who was the first Italian settler in South Australia where he arrived in 1839.

Hi Gilda,
If you're not entirely sure of the details I'd start with a search of the National Archives Immigration Records - https://www.naa.gov.au/explore-collection/immigration-and-citizenship
Best of luck with your research.

I've always wanted to know the date of my arrival to Australia. I believe we arrived in Melbourne by boat and then by train to Adelaide. I was born in Rose, Cosenza. There were so many families in Adelaide from Cosenza, many of whom have passed away now.

That database is now online - http://passengersinhistory.sa.gov.au

Hi Eugenio,
The South Australian Maritime Museum have a passengers database that may help with your enquiry. We're working with them to get that online eventually, but in the mean time you can contact the Museum on maritime@history.sa.gov.au or through their website - http://maritime.historysa.com.au/contact

I am trying to track the history of some relatives of mine that have reached Port Adelaide from Molfetta in the early 1930. The name of the grandfather was Rana Cosimo and probably he had reached his brothers already estabilished in Port Adelaide. I have also some pictures of them that eventually I can send to you. Can you help me in this research or give some reference person to contact? Thanks in avance.
Eugenio Rana

Cosmini-Rose, Daniela and Desmond O’Connor, Caulonia in the heart: The settlement in Australia of migrants from a southern Italian town (Adelaide: Lythrum Press, 2008).

O’Connor, Desmond (ed.), Memories and identities: Proceedings of the second conference on the impact of Italians in South Australia (Adelaide: Australian Humanities Press, 2004).

O’Connor, Desmond, ‘From Tobruk to Clare: The experiences of the Italian prisoner of war Luigi Bortolotti, 1941-1946’, FULGOR 1 (3), 2003. Online: http://ehlt.flinders.edu.au/deptlang/fulgor/back_issues.htm

O’Connor, Desmond, No need to be afraid (Adelaide: Wakefield Press, 1996).

O’Connor, Desmond, ‘From Crewman to Cabbie: A profile of the first Italian settler in South Australia’, Journal of the Historical Society of South Australia 19 (1991).

O’ Connor, Desmond and Antonio Comin (eds.), Proceedings of the first conference on the impact of Italians in South Australia (Adelaide: Flinders University of South Australia, 1993).