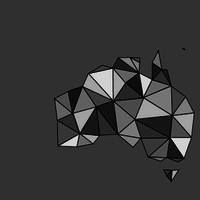 The Federative Republic of Brazil is the largest nation in South America. It is bordered to the east by the South Atlantic Ocean and to the north-west and south-west by French Guiana, Surinam, Guyana, Venezuela, Colombia, Peru, Bolivia, Paraguay, Argentina and Uruguay.

During the nineteenth century, some Brazilians arrived in Australia aboard English ships which docked at Rio de Janeiro on the way to Australia. However, in 1901 only 105 Brazil-born people resided in Australia.

Brazilians began arriving in Australia in the late 1960s and early 1970s. They have mainly migrated for family and personal reasons. A number have come under family migration schemes, while others have come to fill Australian labour shortages. When Brazil’s government abandoned its constitution between 1964 and 1985 a few Brazilians came to Australia under refugee and humanitarian programs.

A larger scale Brazilian migration occured from Latin America under the Australian Government's assisted migration program during late 1960 and the early 1970s.

significant numbers of Brazilians migrated to Australia in the 1980s under the Humanitarian Program. This resulted from the military dictatorship in Brazil.

A number of immigrants are also students, who come to learn English in a country with a climate similar to their own.

According to the 1991 census there were 116 Brazilian-born South Australians. 174 people said that their mothers were born in Brazil, and 176 that their fathers were.

The 2001 census recorded 129 Brazilian-born South Australians, while 117 people said that they were of Brazilian descent.

The 2006 census recorded 211 Brazilian-born South Australians, while 225 people said that they were of Brazilian descent.

The 2011 census recorded 473 Brazilian-born South Australians, while 419 people said that they were of Brazilian descent.

The 2016 census recorded 870 Brazilian-born South Australians, while 704 people said that they were of Brazilian descent. 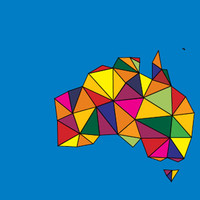 Jupp, J (ed.), The Australian People: An Encyclopedia of the Nation, Its People and Their Origins, Second Edition, (Cambridge University Press, 2001)