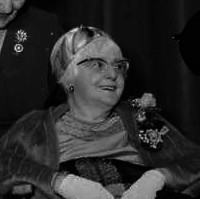 Doris Irene Taylor was born in Norwood, South Australia, on 25th July 1901, the daughter of bricklayer Thomas Simpkin Taylor and his wife Angelina (née Williams). At the age of twelve she became paralysed when her spine was damaged in a fall while playing with other children, and she spent much of the following five years in hospitals. Despite having to spend the rest of her life in a wheelchair she refused to be daunted by her own misfortune.

She embarked on a remarkable career of service to people whose needs, she felt, were not being adequately met by governments or other authorities. In doing so she set an example of courage and determination in the face of adversity which inspired others to follow her lead. The result was the hugely successful Meals on Wheels operation, which now provides five hot meals each week to some 4,500 people throughout the state. It is an organization unique in the world in the extent of its reliance on over 10,000 volunteers whose efforts as cooks, deliverers and organizers make it possible. As Taylor pointed out with some force in 1954 to the Federal Minister for Social Services, William McMahon, it is not a charity but an essential service. Meal recipients pay for what they get, they do not accept a charitable handout.

Doris Taylor first showed her concern for the disadvantaged in a practical way by organizing a small soup kitchen for Norwood children during the Depression. After the Second World War, as public relations officer of the South Australian division of the Australian Pensioners League, she became a vigorous campaigner for the aged and disadvantaged. From that background came the notion of Meals on Wheels. It started as a grass roots, self-help operation, as described by Taylor herself in an article published ten years later. She recalled the meeting in the Rechabite Hall, Norwood, on 6th October 1953, at which she told 96 aged and invalid pensioners of her plan. Her listeners confirmed that they would rather stay in their homes and have a hot three-course meal brought to them five days a week than go to an institution. They contributed £5 from their club’s social fund for initial expenses.

‘That was the beginning, and it must always be remembered that Meals on Wheels sprang from the help given by the poorest, the weakest, the most vulnerable group in our community,’ she wrote. The organization began its service at Port Adelaide in August 1954.

Doris Taylor realized that, despite such enthusiasm, help would also be needed from other sources, particularly in the early stages. It was natural that she should turn first to Don Dunstan, then a young solicitor and newly-elected Labor member for Norwood, whose election campaign she had helped to manage. Dunstan, only too ready to help, drafted the organization’s first constitution and became its first Chairman. Once it was launched, Taylor was tireless in promoting and seeking to expand it. She refused to take no for an answer from anyone whose help she needed. In time, Meals on Wheels came, almost wholly through Doris Taylor’s own efforts, to enjoy the support of governments, the media and many of Adelaide’s most influential citizens.

She gave regular radio broadcasts to spread the message, addressed hundreds of meetings and was invited to Sydney and Broken Hill, where news of her achievements had spread. She travelled around Adelaide in all weathers in an unprotected motor-powered wheelchair, which she steered with her shoulders, having it loaded onto a taxi truck for longer journeys. She did all this in an honorary capacity, living on her disability pension until appointed as a paid organizer in 1958. The following year she was appointed M.B.E.

Doris Taylor died on 25th May 1968 and was cremated. The upstairs hall at the Meals on Wheels headquarters, Wayville, is named in her honour. 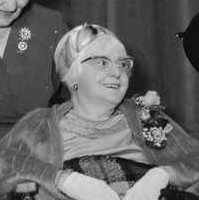 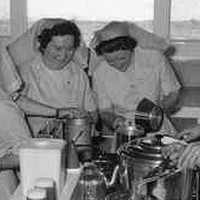