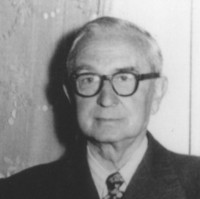 Charles Fenner (1884–1955) made signal contributions to education and geographical science in South Australia.

Fenner left school at age 11 and spent five years apprenticed to a local newspaper printery before acquiring further education and qualifications, first as a pupil teacher in the classroom, and later at Melbourne Teachers College and the University of Melbourne. After teaching appointments in country schools in Victoria and the Ballarat School of Mines and Industry, in 1916 he was appointed superintendent of technical education in South Australia. He brought to the position an innovative mind and a determination to raise the standard and standing of technical education. He emphasised self-learning rather than formal lessons. The number of pupils who went on to distinguished careers from technical high schools in South Australia during Fenner’s watch testifies to the soundness of his philosophy and methods. In 1939 he was appointed director of education and served in that position all though the difficult war years, before ill-health led to early retirement.

For 20 years he contributed a regular series of ‘Science Notes’, to the Australasian, a Melbourne weekly, under the pen name ‘Tellurian’ (‘relating to the Earth’). In 1928, while still employed in the state’s education system, Fenner was appointed a part-time lecturer in geography at the University of Adelaide, a move that led in due course to the establishment of geography as an academic study in South Australia. He also contributed many papers to the educational and scientific literature. During his time at Ballarat Fenner had carried out geomorphological research for which he was awarded a DSc from the University of Melbourne. His interest in landforms blossomed with the publication of several papers on South Australian features. His researches on the geomorphology of the Mount Lofty Ranges and adjacent areas produced astute interpretations that are still discussed. His 1931 book South Australia: A geographical study became the standard school text both in his adopted state and in the Northern Territory, as well as serving as a useful – indeed the only – reference on the area for local, regional and international investigators. Failing health did not dampen his curiosity and in retirement he turned his attention to, and published papers on, tektites.

Fenner was a man of many talents and immense energy for in addition to his administrative duties, teaching and writing, he served on many local and national scientific committees (as editor, secretary or president). Nor did he neglect his family. He had married ‘Margaret’ Hirt in 1911 and they had five children, all of whom benefited from their father’s example and wise counsel. One son in particular, Frank, was one of South Australia’s most distinguished scientists through his research work interstate. 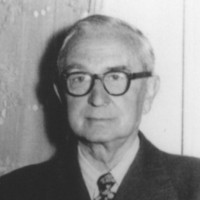 Image courtesy of C.R. Twidale. Not to be reproduced without permission 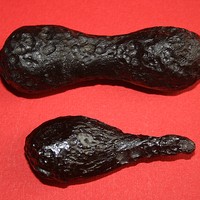