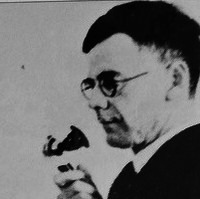 In 1928 a friendly but self-effacing Adelaide man, Alf Traeger, revolutionized communications in the Australian outback by inventing the pedal wireless. Working in close association with John Flynn of the Australian Inland Mission, he provided people in remote areas with a simple, cheap and reliable way of communicating with each other and, if necessary, requesting medical help.

Alfred Hermann Traeger was born on 2nd August 1895 at Glenlee, near Dimboola, Victoria, the son of South Australian-born farmers Johann Hermann Traeger and his wife Louisa (née Zerna). In 1902 the family returned to South Australia and Alfred attended the Balaklava Public School and the Martin Luther School, Adelaide. At the age of twelve he built a telephone line from his house to the toolshed, improvising the diaphragms from tobacco tins, the magnet from the prongs of a pitchfork and the carbon granules for the microphone from the charcoal of the kitchen stove.

In 1915 he gained his Associate Diploma in Mechanical and Electrical Engineering from the South Australian School of Mines and Industries. By 1923 he was working for Hannan Brothers in Wakefield Street, Adelaide, doing car generator and electrical repairs. In addition, he was building his own crystal sets, valve radios and transceivers, and in 1926 obtained his Amateur Operators Proficiency Certificate.

At this time John Flynn was also experimenting with radio for the A.I.M. and in 1926 he engaged Traeger as his assistant, at a wage of £6 per week. Over the next two years Flynn and Traeger toured the outback together, testing and attempting to improve the cumbersome and expensive transceivers then in use. What was needed was a set that could be easily operated, powered and maintained by people who knew nothing about radio. The pedal wireless, developed by Traeger in 1928, was essentially a floor-mounted generator (driven with bicycle pedals) which powered a radio transceiver capable of sending and receiving Morse code. In 1929 a base station was established at Cloncurry, Queensland, and the first pedal wireless set was installed at Augustus Downs station, 150 miles north. The first transmission was made on 19th June 1929 by Gertrude Rothery, the manager’s wife, to Traeger’s assistant, Harry Kinzbrunner, at Cloncurry. Due to Mrs. Rothery’s unfamiliarity with the equipment, the message, intended to be ‘Hello, Harry’, came out as ‘O hell, O hell, O Harry’.

Over the next eight years Traeger continued to manufacture and improve the pedal sets. He usually spent six months in his Adelaide workshop, followed by six months in the outback, installing the sets at homesteads, hospitals, missions and the bases of the Aerial Medical Service (later the Royal Flying Doctor Service). In 1931 he developed the automatic Morse keyboard (so that operators would not need to learn Morse code) and in 1935 telephony was introduced to the network. By the 1950s hundreds of Traeger sets were in use throughout the remote areas.

On 11th September 1937 Traeger married Olga Emilie Schodde and they had two daughters. He became an independent radio contractor, operating his business, Traeger Transceivers, from a factory at Marryatville. In 1944 he was appointed O.B.E. His first wife died in 1948 and on 2nd August 1956 he married Joyce Edna Mibus (née Traeger), a distant relation. She was a widow with two daughters, and she and Traeger had one son.

A quiet and unassuming man, Alf Traeger thought himself lucky because his hobby was his job. He died on 31st July 1980 and was buried at Centennial Park Cemetery. He is commemorated by a park in Alice Springs, a plaque at the Alice Springs airport and memorabilia in many R.F.D.S. bases. 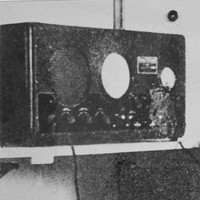 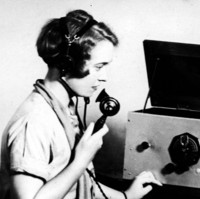