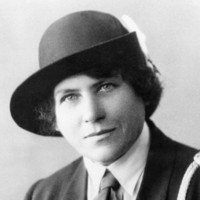 Adelaide Miethke was born on 8th June 1881 at Manoora, South Australia, the daughter of Prussian-born schoolteacher Carl Rudolph Miethke and his wife Emma Caroline (née Schultze). After attending country schools and Woodville Public School, she became a pupil-teacher in 1899 and subsequently studied at the University Training College for teachers. She began her sustained interest in teachers’ conditions and union affairs while teaching at Lefevre Peninsula Primary School. In 1915 she was appointed to Woodville High School, becoming senior mistress of the girls’ section in 1920.

From 1914 she led a campaign to raise the status of female high school teachers and in May 1915 she presided at the Women Teachers’ Association conference, which focused on the plight of new teachers facing classes of 60 or 70. She spoke sympathetically on behalf of teachers, parents and children, arousing much public interest, and the Director of Education gradually began making better use of women’s talents. Confident, highly organized and a stickler for protocol, Miethke became the first woman Vice-President of the South Australian Public School Teachers’ Union in 1916 and at its 1919 annual conference she criticized government inaction, moving urgently for salary increases to meet the rising cost of living. The following year small increases were paid. Studying part-time, she attended evening lectures and gained her B.A. degree in 1924. In November of that year she was appointed as the first female Inspector of High Schools.

Her brief included inspection of domestic arts classes, and in 1925 new girls’ home-making schools, later called Girls’ Central Schools, were established, mainly teaching domestic subjects but increasingly offering commercial ones. Miethke believed that girls needed domestic skills and broad general knowledge as well as special training for a career. As Inspector she was both welcomed and feared for she could be formidable, checking minutely every detail of work, classrooms and courses. But her guidance helped girls enter careers in office work and, during the Second World War, in the armed forces and auxiliaries. Some became dressmakers or milliners, while most learned household skills.

From 1925 to 1939 Miethke was Commissioner of the Girl Guides’ schools division. As state President of the National Council of Women from 1934 (and national president from 1936 to 1941), she presided over the S.A. Women’s Centenary Council, comprising representatives of women’s organizations. They planned imaginative celebrations, including the dramatic Pageant of Empire, which Miethke designed and organized, backed by numerous committees and 600 voluntary helpers. Through a megaphone she marshalled 13,600 metropolitan schoolchildren, who gave performances at the Adelaide Oval on 27th and 28th November 1936, each attracting 40,000 spectators. The pageant depicted the development of the British Empire, portrayed in rhythmic movement with changing masses of colour. Miethke’s name became a household word and she was appointed O.B.E. in 1937. The Women’s Centenary Council raised money to establish the Alice Springs base of the Australian Aerial Medical Service (later the Royal Flying Doctor Service), to build the Pioneer Women’s Memorial Garden in Adelaide and to produce an illustrated history of women in South Australia.

In 1941 she resigned from the Education Department and until 1945 directed the Schools Patriotic Fund, which raised over £400,000. Some of this went towards a city hostel, Adelaide Miethke House, for country girl students, and after the war part went to the Royal Flying Doctor Service, of which she was state President. From 1941 to 1946 she edited the much-loved magazine Children’s Hour, distributed monthly to school children, and in 1950 she conceived and established the world’s first School of the Air, to ‘bridge the lonely distance’ for outback children.

Active to the end, she died at her Woodville home on 4th February 1962 and was buried at Cheltenham Cemetery. The Adelaide Miethke Kindergarten, opened in 1953, is named in her honour. 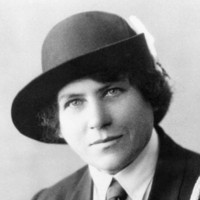 Image courtesy of the National Council of Women of South Australia 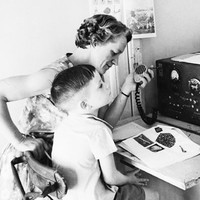