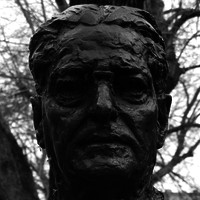 South Australian scientist Howard Walter Florey (1898–1968) together with German-born British biochemist Ernst Boris Chain FRS developed penicillin as the world’s first effective antibiotic treatment for an array of infections. They built on the research of Alexander Fleming who had identified penicillin and its curative potential in 1928.

Howard Walter Florey was born in the Adelaide suburb of Malvern on 24 September 1898. He graduated in medicine from the University of Adelaide in 1921. Florey undertook postgraduate studies as a Rhodes Scholar at Oxford University in England and then at Cambridge University where he was awarded a PhD in 1927. He worked in the United States of America and London briefly before lecturing at Cambridge University and then at Sheffield University where he was professor of pathology from 1931. He moved to a professorship in pathology at Oxford University in 1935 and held that position until 1962.

Florey received an extensive range of honours, including a knighthood (1944), the Nobel Prize in Medicine (1945) and the USA’s Medal for Merit (1948). Florey was a Fellow of the Royal Society from 1941 and the society’s first Australian president (1960–65). He was also a Fellow of the Royal College of Physicians. In 1965 he was made Baron Florey of Adelaide and Marston, and appointed to the Order of Merit. In the same year Florey was appointed chancellor of the Australian National University in Canberra. His image was on the Australian $50 note from 1974 to 1993.

Lord Florey died in Oxford, England on 21 February 1968. A commemorative stone of white South Australian marble was unveiled in Westminster Abbey in London in November 1981. The inscription reads, ‘His vision, leadership and research made penicillin available to mankind’.

The bust and its unveiling

The bronze bust of Lord Florey was created by South Australian sculptor John Dowie from 1966. It stands on a small stone obelisk, which features a simple bronze plaque ‘Lord Florey’. A larger bronze plaque located at the foot of the pedestal, on a base of Harcourt granite, summarises Florey’s achievement. The bust was unveiled by Lord Mayor Robert Porter on 25 June 1969 at a small ceremony. 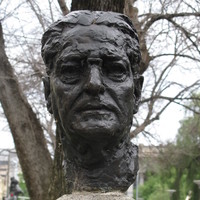