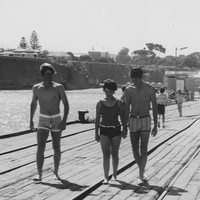 Since the 1880s there has been remarkable continuity in promoting the city of Adelaide to prospective visitors, featuring the parks, gardens, ‘imposing buildings’, North Terrace cultural institutions, Botanic Garden and Zoo. There has also been consistent agreement on the state’s attractions, earliest destinations being the Adelaide Hills, Fleurieu Peninsula beach resorts such as Victor Harbor and Port Elliot, and the suburban beaches of Glenelg, Brighton and Semaphore. The popular ‘Gulf Trip’ pleasure cruises (1906 to 1955) connected Adelaide with many port towns on Eyre Peninsula and Yorke Peninsula. Regions such as Kangaroo Island, the South East, the Barossa Valley, the Clare Valley in the Mid North, and the River Murray have attracted visitors since the early twentieth century. The Flinders Ranges did not significantly enter the tourism marketplace until the late 1940s, while outback tourism developed in the 1970s with the advent of four-wheel drive leisure vehicles.

Tourism for the Wealthy

Before the introduction of paid annual leave in the 1930s, only the wealthy could afford to travel for extended periods, most working people only taking day excursions. The Adelaide Hills and the coastal ‘resorts’ of Brighton and Glenelg were the most popular destinations among Adelaide residents and visitors to the city. After World War II the increase of paid annual leave to two weeks and growing car ownership enabled people to travel to previously inaccessible places like the Flinders Ranges and along the coast and the River Murray, away from main public transport routes. Caravanning and camping became popular.

South Australia set up a government department to promote tourism in 1908. Initially known as the State Tourist Bureau, its many subsequent name changes reflect the addition of functions such as immigration and state publicity. From 1908 until the late 1940s it ran day excursions and longer package tours besides selling tickets for private tour operators. The bureau supported the formation of local tourist associations, with Mount Gambier in the South East (1932) and Port Lincoln on Eyre Peninsula (1934) amongst the earliest. Local associations began to merge into regional tourist associations in the 1970s, supported by local and state government. Regional input into policy making and state marketing strengthened with the creation of the South Australian Association of Regional Tourist Associations in 1979, replaced in the early 1990s with the Regional Tourism Board.

For many years the Government Tourist Bureau promoted South Australia as a destination for both interstate visitors and prospective overseas immigrants, being formally linked to state development policy until the late 1980s. The South Australian Tourism Commission, established in 1993, focuses on marketing South Australia as a tourist destination to interstate and overseas markets. Its functions now include developing, managing and promoting large events in Adelaide and regional centres, such as the Tour Down Under bicycle races, the Adelaide International Horse Trials, the International Rose Festival and Tasting Australia.

New niche markets were pursued from the 1970s, with growing interest in heritage, the natural environment, food, wine, Aboriginal culture, and a desire to ‘experience lifestyle’. From the late 1980s, cultural tourism and ecotourism have been important elements of South Australian tourism product development and marketing. Events such as the Adelaide Festival of Arts, WOMAdelaide (world music festival) and the Wagner Ring Cycle of operas are positioned to encourage interstate and international visitors as well as local audiences. Kangaroo Island attracts large numbers of international visitors as an ecotourism destination. Indeed, tourism activity has become a major economic generator in regions such as Kangaroo Island and the Flinders Ranges. 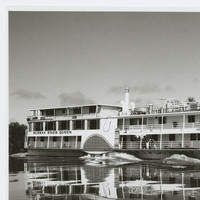 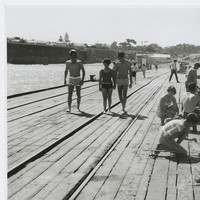 Correll, Ted, The history of South Australia's Department of Tourism (Adelaide: The Department, 1986)