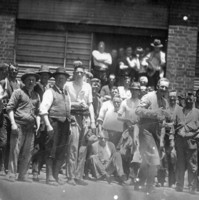 South Australian workers have usually been less militant than their interstate counterparts. Historians offer various explanations for this characteristic, including the state’s large population of Methodists, the willingness of employers to compromise, the prolonged dominance of craft unions and some public restraint of wage-earners’ costs of living.

Paradoxically, Australia’s first sizeable strike was at Burra in the Mid North in 1848, over reductions in copper miners’ pay at a time when shareholders were getting 200 per cent dividends. Though headlines reported ‘Revolution at the Burra Mine’, the police commissioner praised strike leaders for their efforts to preserve peace. The contract workers got what they wanted, the mine labourers did not. In 1890 the maritime strike spread to South Australia from the eastern colonies. Confrontations between unionists and strikebreakers at Port Adelaide were rowdy, but not as bitter as in Sydney and Melbourne, and again the leaders tried to keep the peace. The strike failed nationally but the South Australian union movement emerged unscathed, if not even temporarily stronger.

There was a rash of strikes in 1910. Real wages were falling. The militant new United Labourers Union believed in direct action. When the Verran Labor government supported baton-wielding police protecting strikebreakers it was dubbed ‘the so-called Labor government’. A drivers’ strike late in 1910 brought Adelaide’s commercial traffic to a standstill. The governor, Day Hort Bosanquet, threatened to sack John Verran unless he could maintain public order. Verran agreed to prosecute the strike leaders for conspiracy and the strike folded, but the Court of Industrial Appeals shortened the men’s hours and increased their pay.

South Australia was involved in the unprecedented national unrest of 1916 to 1922. Broken Hill disputes had direct repercussions in Port Pirie in the Mid North and Adelaide while, on Armistice Day 1918, thousands leaving peace celebrations at Adelaide Oval helped block strikebreaking trams at the outset of a bitter dispute over broken shifts and a feudal code of discipline. In 1922, 2000 clothing workers, mostly women, struck against threatened pay cuts. They persisted for a month, and won.

Adelaide’s most violent strike was caused by a retrogressive federal award for waterside workers. When striking wharfies attacked strikebreakers at Port Adelaide in September 1928, AS Blackburn V.C. formed the Essential Services Maintenance Volunteers and 500 middle-class men were sworn in as special constables. Blackburn’s ‘Black and Tans’ patrolled the port with rifle and bayonet. After three weeks the strike failed, the ‘scabs’ then being given preference in employment over union members. Years of bitterness followed. 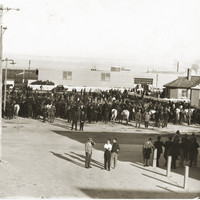 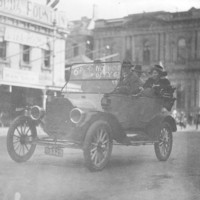 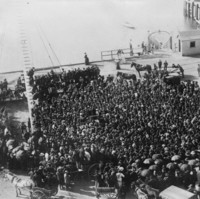 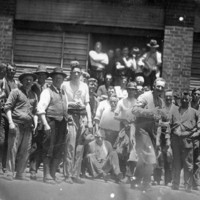 PG Peter, Militancy and Moderation: a comparative study of the trade union movements in New South Wales and South Australia in the 1880s (BA Honours thesis, University of Adelaide, 1959)