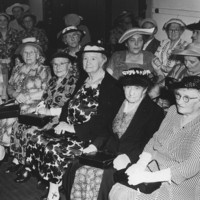 Women granted the right to vote

South Australia was the first colony to pass legislation granting women the right to vote.
1919

First woman in Australia to become a local councillor

Susan Grace Benny was the first Australian woman to become a local councillor, for the Seacliff ward of the Brighton Council.
1970

The first Australian demonstration for ‘Women’s Liberation’ was held at the University of Adelaide.
1973

First legislation outlawing discrimination on the grounds of sex

South Australia passed the first legislation outlawing discrimination on the grounds of sex.
1975

Irene Watson was the first Aboriginal woman in Australia to graduate with a degree in law.
1986

First woman to be elected national leader of her political party

Janine Haines became the first woman, and the first South Australian, to be elected national leader of her political party, the Australian Democrats.

Feminism is a politics concerned with advocating rights and opportunities for women; especially any extension of women’s social, economic and geographical spheres of activity, and with celebrating women’s achievements, humour and creativity. As a social and political movement in Australia, feminism emerged in the late nineteenth century in what was termed the ‘Woman Movement.’ Its central concern was the achievement of votes for women.

The history of feminism from World War I until the end of World War II is concerned principally with campaigns carried out by such bodies as: the Women’s Non-Party Political Association (later named the League of Women Voters), the National Council of Women, the Woman’s Christian Temperance Union, the Young Women’s Christian Association, the Country Women’s Association, the Labor Women’s Central Organizing Committee, the Liberal Women’s Branch Committee, and the Housewives Association. Their campaigns concerned: equality between women and men in divorce; the guardianship of infants; the admission of women to jury service; and the election of women to state and federal parliaments. Such a history also includes the national and local struggles over equal pay for women’s work; international links in work for peace, against trafficking in women; and for children’s rights. Since the 1950s, the story gains impetus from the upsurge of feminist activism initially called Women’s Liberation at the beginning of the 1970s. This was subsequently referred to generally as the Women’s Movement.

The distinctiveness of South Australia in a narrative about feminism lies in a succession of women’s ‘firsts’, collective and individual. Collectively, they show South Australia being the first Australian colony to pass legislation granting women the right to vote in 1894. The same legislation also granted women the right to sit in parliament, so it was the first in the world. South Australia passed new and pioneering legislation concerning women’s access to abortion as early as 1969. This was a result of the activism of women in the Abortion Law Reform Association, and long before any such measure was considered in other states or territories. The first Australian demonstration for ‘Women’s Liberation’ was held at the University of Adelaide in March 1970. The first courses established in Australian universities named ‘Women’s Studies’ appeared in South Australia at Adelaide, and Flinders universities in 1973. In 1975, South Australia passed the first legislation outlawing discrimination on the grounds of sex and, in the same year, the first legislation outlawing rape in marriage.

Feminism in South Australia and Other States

Much of the feminism of the later twentieth century in South Australia (the institutions that it set up, and the events that it organised) was broadly akin to feminism in other Australian states. The Working Women’s Centre, for instance, was like that in Melbourne. The Women’s Health Centre and the Rape Crisis Centre were similar to others established all over Australia. The Women and Labour Conference held in Adelaide in 1992, was the third of four such conferences held in a different state capital every two years from 1988. However, some manifestations of feminism were distinctive to South Australia. The Women’s Electoral Lobby (WEL), a national organisation founded in Melbourne, had a distinctive character in South Australia. This was partly because, from its foundation in 1972, it worked closely with the League of Women Voters. It finally succeeded the older organisation in 1979, and the valedictory address was made by Ellinor Walker, who had joined the league in 1914 at the age of 21. WEL’s subsequent history in South Australia is testimony to the commitment and energy of Betty Fisher, former member of the Communist Party of Australia, and Deborah McCulloch. The South Australian Women’s Information Switchboard and the Women’s Studies Resource Centre, important services set up in the late 1970s, were also unique to this state.

Probably the most distinctive feature of South Australian feminism during the last decades of the twentieth century was its theatre. This was encapsulated early in the 1970s in such amateur productions as Chores, a comic and chronologically impossible assemblage of first-wave feminists debating the distribution of labour in a collective household in song and dialogue. This, and subsequent works, owed much to the talents of Jenny Pausacker, Andrea Malone and Anne Dunn. The mid 1970s brought Redhead’s Revenge; and the late 1980s, The Black and White Women’s Show, a cabaret-style production combining the racial and feminist politics and talents of a number of Anglo-Celtic, Kaurna, Ngarrindjeri and other Aboriginal women. By that time there was, as well, a thoroughly professional dimension to feminist theatre in South Australia. In 1995, Julie Holledge of the Flinders University Drama Centre organised the Third International Women Playwrights’ Conference, a gathering of nearly 500 women from 40 different cultures discussing the relationship between traditional women’s ritual or storytelling, and contemporary women’s performance. At the end of the century, two Adelaide Festivals of Arts were major events on the mainstream calendars of Australia, and were directed by feminist artist Robyn Archer.

Towards the end of the twentieth century the term ‘feminism’ (less than a century old in English language usage) began to be employed more often in the plural: ‘feminisms’. This acknowledged variety among women about, or for, whom feminism might speak. It owed something to the recognition that hegemony of the Anglo-Celtic, heterosexual and middle-class in feminist circles could exclude many. Fresh Evidence, New Witnesses, a book of documents about women’s history in South Australia published in 1989, builds on that recognition. ‘Feminisms’ also owed something to critiques of the category ‘woman’ in theoretical work fostered by the growth of Women’s Studies research and teaching in tertiary education. Such work appears in the journal Australian Feminist Studies, produced from Adelaide and Flinders universities. At the beginning of the twenty first century, feminists look to allegiances and affinities as bridges between differences and a source of strength for their continuing political projects.

Susan Magarey AM, FASSA, PhD, is Adjunct Professor in History at Adelaide University. 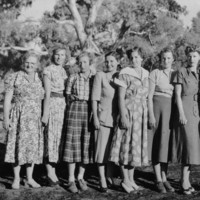 Image courtesy of the State Library of South Australia, SLSA: B 68885, Public Domain 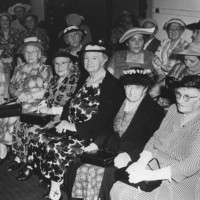 Image courtesy of the State Library of South Australia, SLSA: B 56419, Public Domain 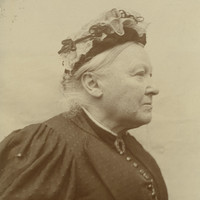 Image courtesy of the State Library of South Australia, SLSA: B 36575, Public Domain 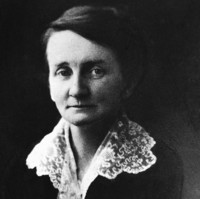 Image courtesy of the State Library of South Australia, SLSA: B 60835, Public Domain 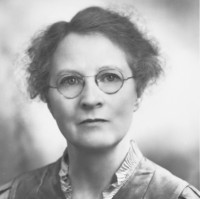 Image courtesy of the State Library of South Australia, SLSA: B 56414, Public Domain

Related to :
League of Women Voters