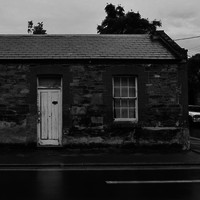 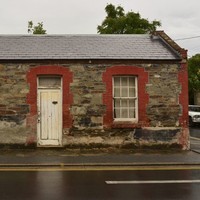 The single-storey worker's cottage is constructed.

Dunmoochin, built around 1858, was originally the home of Irish emigrants John and Honora Griffin and their three children. It is an example of the many workers’ cottages once built in the West End.

Under a system devised by Edward Gibbon Wakefield, the city of Adelaide was divided into lots, which were sold cheaply and then subdivided. The profits from the sales were then used to pay for assisted passages for emigrants to the colony. Maud Street forms a boundary for one of the original lots.

John Griffin, a labourer, and his wife Honora arrived with their son Martin in South Australia in 1852. Thanks to the labour shortage in South Australia due to the Victorian Gold Rush, the Griffins were able to save enough money to buy an allotment of land for £12 in 1856. They built their 9.6 x 6 metre cottage using Mount Lofty bluestone, with an iron lean-to creating a third room.  Martin, who worked as a saddler and collar-maker, and his younger sister Mary, inherited when John Griffin died. Martin lived there until his death in 1913.

Mary’s husband, a builder, may have built the back verandah which was added and used as a laundry and bathroom space before being converted to the kitchen.

Dunmoochin was sold to a labourer, J Burns, in the mid-1920s. The house was re-sold to Ernest Roy Wilson and his wife Norah Magdalene in 1942. The Wilsons, an Aboriginal couple who were raised on Koonibba, a Lutheran mission, moved to Adelaide to improve their children’s educational opportunities.  Very few Aboriginal people lived in Adelaide at the time due to laws restricting their movement around the state. Those who did live in the city often moved to the West End. By this time the house was ridden with salt damp.

Dunmoochin was sold twice more, firstly to Clementine Taylor in 1948 and then to Nellie Grace Hill in 1951, before finally being sold in 1987 for $57,000, despite being listed as substandard housing under the Housing Improvement Act (1941). It is also on the South Australian and City of Adelaide Heritage Lists. 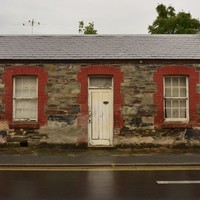 Hi Pearl,
Unfortunately at this point we have not been able to track down any photos of the house from that era. We'll update the page here if we do.

i am the granddaughter of Ernest and Nora Wilson who lived at 3 Maud street Adelaide .I would like to know if I could get a photo off the house when they lived there.Thank you