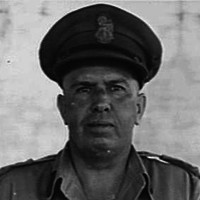 William Veale was born on 16th May 1895 at Eaglehawk, near Bendigo, Victoria, the son of John Veale and his wife Mary Jane (née Christian). He was educated at St. Andrews College, Bendigo, and in 1914 joined the Australian Imperial Force as a sapper, serving for four years in Egypt and France. He reached the rank of lieutenant and was twice decorated, winning the Distinguished Conduct Medal at Passchendaele and the Military Cross for constructing bridgeworks on the Somme while under fire.

After the war he became a civil engineer and gained experience in England before returning to Australia in 1920 to take up the position of Engineer to the Shire of Kowree, Edenhope, Victoria. On 12th February 1923 he married Eileen Guest and the same year he was appointed Assistant City Engineer and Surveyor to the Adelaide City Council, becoming Deputy City Engineer in 1926 and City Engineer and Building Surveyor in 1929. As City Engineer, Veale supervised the construction of the new Adelaide Bridge, completed in 1931, and the landscaping of a significant portion of the River Torrens’ banks.

Veale was on war service leave from the Council from 1940 to 1946, during which time he was promoted to the rank of brigadier. He served as Chief Engineer in the Northern Territory during 1941-42, was leader of the so-called ‘Sparrow Force’ which carried out commando operations behind enemy lines in Timor in 1942, commanded the Royal Australian Engineer Training Centre, and was Chief Engineer of the 2nd and then the 1st Australian Army in New Guinea.

Following the war he was appointed Town Clerk of Adelaide in January 1947, a position he held until his retirement in 1965. As head of the Town Hall administration, he initiated and presided over much of Adelaide’s post-war development. Underground drainage was upgraded to overcome problems of flooding, streets were widened to improve traffic flow, and car parking problems were eased by the introduction of on-street parking meters and the provision of greater off-street parking facilities. In 1957, after a five-month overseas study tour visiting some forty cities in Europe and North America, Veale made numerous recommendations for further improving the city’s functional and aesthetic character, most of which were implemented. His most notable achievement was to transform Adelaide’s sadly-neglected parklands through an extensive programme of landscaping and beautification and the creation of new parks and gardens, boating lakes and picnic grounds. He also represented the Council on a number of government town planning bodies, in particular serving from 1956 to 1965 as Deputy Chairman of the Town Planning Committee, which produced the Metropolitan Adelaide Development Plan.

A short, solid, shy man who shunned the limelight, Bill Veale was a prodigious worker, arriving at the Town Hall at dawn each day and working long into the night. He was a meticulous administrator, whose abrasive, authoritarian style of management often made him a difficult man to work with. He was blunt and abrupt and had a violent temper which he sometimes lost. His relations with lord mayors and councillors were not always harmonious and he was hard on his staff.

‘No other man since Colonel Light has left his imprint so ineffacably on the city of Adelaide, or so transformed its character’ was how the Advertiser summed up his 42 years of Council service. In 1954, in recognition of his distinguished military and municipal career, he was appointed C.B.E. He died on 17th August 1971 and was cremated. His name is perpetuated by the ornamental Veale Gardens which he had laid out in Adelaide’s south parklands. 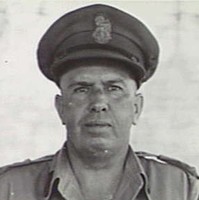 Photographic portrait of W.C.D. Veale during his Second World War service with the Australian Army in New Guinea, 1945 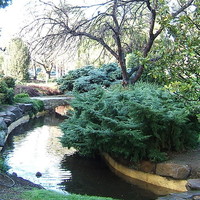