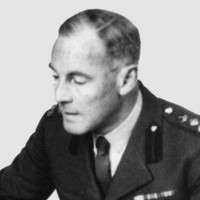 Hugh William Bell Cairns was the only child of a Scottish father and an Australian mother. His father, William, was a joiner and carpenter, who migrated to South Australia for health reasons and became a builder and contractor at Riverton. His mother was Amy Florence (née Bell). Described as the product of Australian vitamins and Oxford culture, Hugh Cairns was born in Port Pirie, South Australia, on 26th June 1896 and was educated at Adelaide High School. In March 1912, aged fifteen and a half, he enrolled in the Faculty of Medicine at the University of Adelaide.

In May 1915, just after the Gallipoli landing, Cairns interrupted his studies to join the Australian Army Medical Corps as a private. He embarked for the Middle East the same month, serving in the 3rd Australian General Hospital on Lemnos. In August 1917 he was promoted to the rank of captain and then saw service in France. Cairns resigned from the A.A.M.C. in May 1920 but remained on the Reserve of Officers until the end of 1926.

During the war he also managed to complete his studies at the University, graduating in 1917 in medicine and surgery. He won a Rhodes Scholarship, which he took up at Balliol College, Oxford, in January 1919, and served as house surgeon at the Radcliffe Infirmary and London Hospital. In 1921 he was elected a Fellow of the Royal College of Surgeons and on 24th November of that year he married the youngest daughter of the Master of Balliol College, Barbara Forster Smith. He was awarded a Rockefeller Travelling Fellowship and in 1926-27 studied neurosurgery in Boston, U.S.A., where he was Assistant Resident Surgeon with Dr. Harvey Cushing, at the time the acknowledged world leader in neurological surgery. He called Cairns the prince of his many pupils.

During the 1930s Cairns actively promoted the establishment of a school of clinical medicine at Oxford University. In 1936, largely at his suggestion, Lord Nuffield donated two million pounds for this purpose and the new chairs were called Nuffield professorships. Cairns himself was the first tenant of the Nuffield Chair of Surgery, which he occupied from 1937 until his death.

Between February 1940 and September 1945 Cairns served with distinction in the British Army. Before and during this time he was neurosurgical adviser to the Ministry of Health, adviser on head injuries, and neurosurgeon to the army. He actively planned the military hospital for head wounds at Oxford and later worked with his fellow Rhodes Scholar from Adelaide, Howard Florey, in pioneering the use of penicillin in treating war wounds. He published extensively on head injuries and in June 1946 was appointed a Knight Commander of the Order of the British Empire.

Cairns was also active in introducing the use of crash helmets for motor cyclists. In 1935 he had attended T. E. Lawrence, who died of head injuries sustained in a motorcycle accident, and he had observed that during the war many army dispatch riders died from the same cause. Cairns designed a crash helmet and promoted its use long after the cessation of hostilities.

Cairns’ major contribution to surgery was the establishment of neurosurgery as a specialist discipline in England. At London Hospital and later at the Radcliffe Infirmary in Oxford, he instituted specialist training in neurology. As the first Nuffield Professor of Surgery at the University of Oxford, Cairns was regarded as a leading figure in neurosurgery. He was involved in the formation of the Society of Australasian Neurological Surgeons in April 1940, the fifth meeting of which, in 1948 in Dunedin and Adelaide, was timed to coincide with his visit as Sims Commonwealth Travelling Professor. He was the first to be awarded the Sims professorship.

Cairns, a great South Australian who left and did not return to his homeland, had many distinguished acquaintances.  These included not only Lawrence of Arabia but also General Patton, whom he attended, Unity Mitford and Rudyard Kipling. He died at Oxford on 18th July 1952 and is commemorated by the Cairns Library at the John Radcliffe Hospital in Oxford and the Cairns Memorial Lecture. 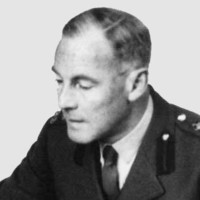 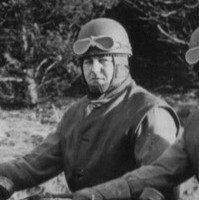 Image courtesy of Alan Bullock and 'The First Norton WD 16H and BIG 4' website (www.wdNorton.nl). Not to be reproduced without permission