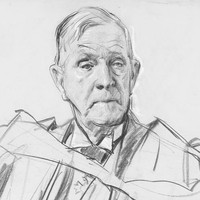 Henry Simpson Newland was born at Kensington, South Australia, on 24th November 1873, the son of pastoralist Simpson Newland of Victor Harbor and his wife Ann Jane Isabella (née Layton). He was educated at St. Peter’s College and in 1892 began studying medicine at the University of Adelaide, graduating in 1896. He was also an accomplished oarsman, representing the University. From 1897 to 1902 Newland pursued post-graduate studies at London Hospital, gaining the M.R.C.S. (England), L.R.C.P. (London) and F.R.C.S. (England) and becoming, in 1901, the first Australian to be appointed as the hospital’s Surgical Registrar.

Returning to Adelaide in 1902, Newland went into general practice with Dr. Humphrey Marten and became the first person to graduate as Master of Surgery from the University of Adelaide. From Marten, Newland gained an interest in neurology and neuro-surgery and became the first Adelaide surgeon to specialize in this field. In 1908 the partnership with Marten ended when Newland became an Honorary Surgeon at the Adelaide Children’s Hospital and was also appointed Honorary Assistant Surgeon and Honorary Radiographer at the Adelaide Hospital. He established himself as a surgical consultant and was almost certainly the first Adelaide surgeon to use the title ‘Mr’. On 14th July 1910 he married Ellen Mary Lindon and they were to have three children. Between 1912 and 1937 he held four lectureships in the Faculty of Medicine at the University of Adelaide and proved to be a notable teacher of clinical surgery.

Newland was prominent in many medical organizations. In 1902 he joined the British Medical Association, of which he was later Vice-President from 1932 to 1965. From 1909 to 1914 he was Honorary Secretary of the South Australian branch and its President from 1919 to 1921. The executive offices of the state branch of the Australian Medical Association are named Newland House in his honour. In 1927 he was a founder of the prestigious Royal Australasian College of Surgeons and was its President from 1929 to 1935.

In November 1914 Newland enlisted in the army and in March 1915 landed in Lemnos as a major with No. 1 Australian Stationary Hospital. After the evacuation of Gallipoli he served in Egypt, France and England and was promoted to lieutenant-colonel in command of No. 1 Australian Casualty Clearing Station. He performed military surgery at Ypres and Passchendaele, gaining considerable expertise in the treatment of battle casualties and the repair of facial wounds. In 1917 he was awarded the D.S.O. and mentioned in dispatches. In the same year he was put in command of the Australian section of The Queen’s Hospital, Sidcup, which had been established to treat injuries of the face and was renowned for its pioneering work in plastic surgery, then still in its infancy. Newland gained international reputation for his work at Sidcup and wrote highly-regarded articles on plastic and reconstructive surgery.

Returning home in 1919 he served as an Honorary Surgeon at the Adelaide Hospital and the Children’s Hospital and as Consultant Surgeon to the Repatriation General Hospital. In addition to his work as a plastic surgeon, he performed pioneering work in thoracic surgery and neurosurgery. He retired from practice in 1951 at the age of seventy-eight.

Henry Newland was appointed C.B.E. in 1919 and knighted in 1928. He was a founding shareholder, and for sixteen years Chairman, of the Mutual Hospital Association, a founder of St. Mark’s College and a founder of the S.A. Tuberculosis Association. 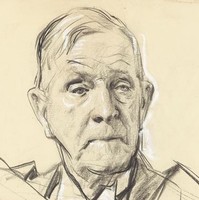 Image courtesy of the State Library of South Australia, SLSA: B 70786, Public Domain 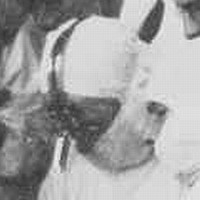 Image courtesy of the State Library of South Australia, SLSA: B 53642, Public Domain