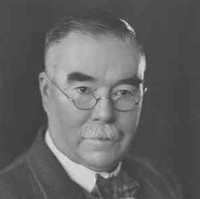 Luther Robert Scammell was born at Hindmarsh, South Australia, on 20th March 1858, the son of pharmacist Luther Scammell and his wife Lavinia Annette (née Bean). He was educated at J.L. Young’s Adelaide Educational Institution at Parkside and immediately afterwards joined the pharma-ceutical manufacturing firm, F.H. Faulding & Co. The business had been founded in 1845 by Francis Hardy Faulding but had passed to his partner, Luther Scammell, senior, on Faulding’s death in 1868. Luther Robert Scammell studied chemistry under public analyst George Francis before being sent to London in 1877 with his elder brother, William, to study pharmacy under Dr. John Muter at the South London School of Pharmacy. He successfully passed the Pharmaceutical Society examinations as a chemist and druggist in 1879 before returning to Adelaide and rejoining Faulding’s as a manufacturing chemist. He became responsible for preparing many compounds previously imported.

The manufacturing and retail pharmaceutical business prospered, though it faced bankruptcy in the late 1880s following disastrous pastoral and mining speculations by Luther Scammell, senior. The Bank of Adelaide demanded the sale of the business but Luther Robert and his brother succeeded in acquiring the manufacturing and wholesaling operations, as well as the business name, in 1888, though the retail operations were sold to reduce the debt to the bank. On 8th August 1888 Scammell married Elizabeth Alice Gray.

The brothers greatly expanded the business, establishing agencies in Perth, Sydney and Melbourne. Much of Faulding’s success was due to their products made from eucalyptus oil, which formed the basis of an antiseptic marketed as ‘Solyptol’. Scammell had helped to underpin this success by extending the work of a Faulding chemist, Samuel Barbour, and in 1892 developed a method for determining the eucalyptol content of the oil. His test became the industry standard and was included in the British Pharmacopoeia in 1893. He also took credit for coining the name ‘Solyptol’ --- an abbreviation of soluble eucalyptus oil --- for Faulding’s eucalyptus products.

Scammell and Faulding were associated with the introduction of the first X-ray tubes into Australia after Barbour returned to Adelaide with two tubes, and succeeded in producing the first X-ray pictures in Australia in May 1896. Barbour left Faulding the following year and established himself as a radiographer, taking the new technology with him.

The Scammell brothers opened a London office in 1900 and five years later had agencies in South Africa, India and Canada. They manufactured and sold a wide range of products including Pectoral Drops, Kalmint Toothpaste, Quinine and Iron Tonic, Diphtheria Powder, Salts of Lemon, Vinegar, Baking Powder, Cloudy Ammonia and Curry Powder. The First World War provided new opportunities, particularly the need to manufacture Epsom Salts, which represented Faulding’s first venture into industrial chemical production. F.H. Faulding & Co. became a private company on 28th June 1921, with Scammell as Chairman of Directors and Managing Director of the business. He continued to oversee Faulding’s affairs until 1935, when day-to-day management passed to his eldest son Alfred, though he continued as Chairman of the Board.

Scammell was primarily concerned with fostering F.H. Faulding & Co. and took no part in public life. He was a member and great supporter of the Pharmaceutical Society of South Australia and was one of the two South Australian representatives at the first Intercolonial Pharmaceutical Conference in Melbourne in October 1886. His contribution to pharmacy was recognized by his election as a Fellow of the Chemical Society of Great Britain.

He died on 8th April 1940, survived by his wife and two sons, and was cremated. 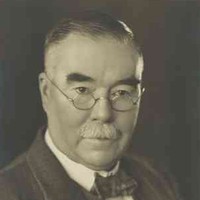 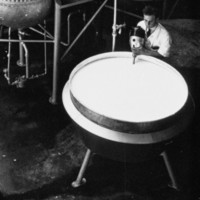