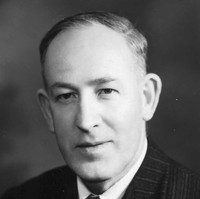 James Arthur Prescott was born on 9th October 1890 at Bolton, Lancashire, England, the son of textile engineer Joseph Arthur Prescott and his wife Mary Alice (née Garsden). His blue-collar background, of which he was very proud, was in the cotton industry, and five members of the family served as trade union secretaries over almost one hundred years. His primary schooling began in Lille, France, and he remained fluent in French throughout his life. He graduated from Manchester University with first class honours in chemistry in 1912 and was subsequently awarded the M.Sc. by Manchester (1919) and the D.Sc. by the University of Adelaide (1932).

In 1912 he received the first British Government post-graduate scholarship for agricultural science which took him first to the celebrated Rothamstead Experimental Station and subsequently to Leipzig, Germany, from where he barely managed to escape on the eve of World War I. Returning to Rothamstead, he developed his ideas on the application of chemistry to agriculture, and his first scientific paper, ‘The estimation of phosphates in soil extracts’, was prophetic of his work on Australia’s phosphate-deficient soils.

On 12th October 1915 he married Elsie Mason and the following year, after an exciting wartime sea journey, he began work as Chief Chemist for the Sultanic Agricultural Society of Egypt. His duties involved the quality control of fertilizers and the conducting of field trials at the Bahtim experimental farm near Cairo.

In 1924 Prescott took up the post of Professor of Agricultural Chemistry at the newly-endowed Waite Agricultural Research Institute of the University of Adelaide. He succeeded Professor A.E.V. Richardson as Director of the Institute in 1938 and held that position until his retirement in 1955. In 1927 the Council for Scientific and Industrial Research set up its Division of Soils with Prescott as its first Chief, a position he held in addition to his university post until 1947. He began the mapping of Australian soils, introducing the concept of ‘profiles’ of the great soil groups, first conceived by Dorguchaev in Russia. He travelled widely throughout Australia, looking at soils and landscape, often informed by the journals of the early explorers. He was the first to suggest aerial photography as a soil survey resource and his rapport with farmers was well-known. Perhaps the most outstanding of his publications is the famous C.S.I.R. Bulletin No. 52, The Soils of Australia in relation to Vegetation and Climate (1930). In it he set out the need to establish scientific lines for soil classification and mapping, to be related to land forms and land use, foreshadowing his later work on agricultural climatology. This bulletin is generally regarded as the foundation of Australian soil science.

Prescott was active at all levels of education --- school, university, adult education and agricultural courses --- and the following quotation encapsulates his attitude to teaching: ‘In my own work, each piece of published work carries or should carry the germ of the next project. There is, however, the inspiration that comes from incompleteness of one’s knowledge. When one realizes that one is teaching students an untruth or an inadequate explanation, then it is about time something was done about it.’

James Prescott died on 6th February 1987 and was cremated. 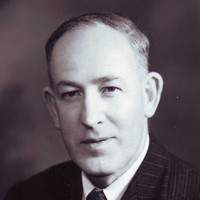 Photographic portrait of James Arthur Prescott during his tenure as Director of the Waite Agricultural Research Institute, 1945 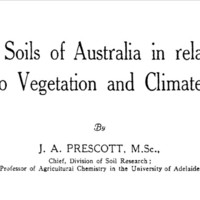 Image courtesy of the University of Adelaide Archives. Not to be reproduced without permission