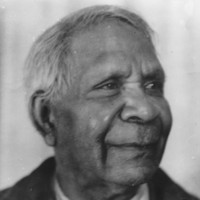 David Unaipon was born on 28th September 1872 at Point McLeay Mission, South Australia, the son of evangelist James Ngunaitponi, who had been the mission’s first Christian convert, and his wife Nymbulda, both Yaralde people from the Lower Murray River. The mission schoolteacher, Walter Hutley, provoked Unaipon’s interest in popular science, introducing him to the chimera of perpetual motion. In 1885, with his parents’ permission, he was taken into the Kanmantoo home of C.B. Young, patron of the Aborigines’ Friends’ Association, and was introduced to classical literature, Greek and Latin.

Unaipon joined other young literate Ngarrindjeri men seeking alternatives to the mission’s limited employment opportunities. He avoided physical labour, working as a book-keeper in the mission store. His relations with mission authorities deteriorated but friendships with members of Adelaide society enabled him to avoid the legislation restricting Aboriginal freedom of movement.

On 4th January 1902 Unaipon married Catherine Carter (née Sumner), a Tangani woman. A son was born later in the year but Unaipon’s marriage was not happy and his mission home served mainly as a base for his frequent travels. His speaking skills were in demand and he addressed church congregations in Melbourne, Sydney and Adelaide. His social and political message was conservative, reflecting the A.F.A.’s view that Aboriginal people should join mainstream Australian society, assisted by enlightened paternalism, and would soon respond to the effects of a favourable environment.

During the 1920s Unaipon supported the utopian scheme of a model Aboriginal state proposed for central Australia but criticized attempts to insulate Aboriginal people by creating reserves. He appeared before a number of commissions and enquiries and in 1934 proposed that South Australia’s Chief Protector of Aborigines be replaced by an independent board. He did not support the voice of Aboriginal activism arising from eastern Australia and rejected calls for a national day of mourning in 1938.

Precocious, urbane and self-possessed, Unaipon subverted popular notions of an inarticulate and primitive Aboriginality. When steamer-loads of tourists visited Point McLeay to see the natives, Unaipon demonstrated his prototype ‘perpetual motion machine’, lectured on Aboriginal astronomy, botany and bushcraft, and called for donations. The press hailed him, perhaps ironically, as ‘the Black Leonardo’. Unaipon took out nine patent applications between 1909 and 1944 but they all lapsed. His particular interest lay in converting rotary to linear motion and he drew inspiration from the flight of the boomerang. He produced a prototype of a shearing handpiece but it did not go into production.

Unaipon’s contact with anthropologists encouraged his interest in Aboriginal and European mythology and embellished his romantic view of the past. He began gathering Aboriginal legends during his work as an itinerant pedlar for the A.F.A. He signed a book contract with Angus & Robertson but they baulked at his blend of fairy tale, popular science, Aboriginal legend and Christian morality. With two legends in print before 1930, Unaipon became the first published Aboriginal author but sold most of his stories to William Ramsay Smith, who published them, without acknowledgement, as Myths and Legends of the Australian Aboriginals (1930). They were eventually published under Unaipon’s name in 2001 as Legendary Tales of the Australian Aborigines.

Unaipon continued to confound popular stereotypes of Aboriginal Australians, selling A.F.A. pamphlets door-to-door throughout rural South Australia until the 1950s. He died on 7th February 1967 and was buried at Point McLeay Cemetery. In 1992 his portrait appeared on the Australian $50 note. 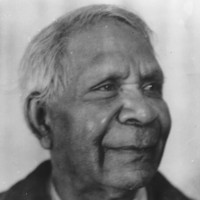 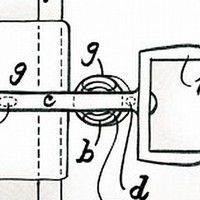