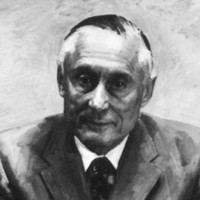 Alexander Maurice Ramsay was born in Adelaide, South Australia, on 27 October 1914, the son of boot machinist Alexander Ramsay and his wife Bessie (née Smee). He attended the Adelaide Teachers College and the University of Adelaide. On 27th December 1939 he married Amy Woithe and they had four children. Ramsay continued studying while teaching at Berri Higher Primary School and Adelaide Boys High School, and gained a BEc in 1941 from the University of Adelaide.

In 1943 he helped launch the South Australian ‘Common Cause’, aiming to encourage collective effort to win the war and work for a world in which social evils such as poverty and bad housing would be banished. The movement had over 3 000 members and carried out a programme of community projects and public education. Ramsay threw himself into the cause until it was disbanded in 1949.

In 1936 the SA Housing Trust was established as the country’s first public housing authority. The South Australian government aimed to promote secondary industry by keeping wages lower than elsewhere and providing low-cost rental housing to workers. In 1943, with senior public servants aware of his talents, Ramsay was employed as economic planner at the Trust and from 1949 became General Manager, a position he held until his death. Operations were greatly expanded by the Premier, Thomas Playford, who considered Ramsay ‘a brilliant find’ for the Housing Trust as he was intelligent, articulate and compassionate.

Ramsay soon became renowned as a negotiator and manager. In historian Hugh Stretton’s words, ‘Finding people with appropriate qualities, motivating them . . . keeping them conventionally efficient but urging them always to treat each other and all the Trust’s customers as . . . real people . . . was the core of the managerial task as this exceptionally successful manager saw it.’ These attributes were vital, given the heavy demands on staff arising from the size of the operation and the acute post-war housing need. Former employees remember Ramsay with affection and respect.

South Australia’s ‘Mr Housing’ served the successive governments of Playford, Walsh, Hall and Dunstan, gaining a CBE in 1958. By supplying huge numbers of rental and purchase houses, he helped to restrain the cost of all housing and suburban land in South Australia. During the 1950s and 1960s he was fully engaged in the Trust’s construction of the new town of Elizabeth and promoted its social development. He gave the Trust a welfare dimension that it originally lacked, setting up homes for handicapped people, the elderly, single mothers and boarders. He retained half of the Trust’s housing for future welfare needs and gained an amendment of the Commonwealth-State Housing Agreement to allow the Trust to buy and rehabilitate old houses for low-income tenants in the inner city.

Ramsay was a man of great personal charm and practical Christianity for whom the Public Service was a vocation combining his economic training and religious principles. His greatest satisfaction was that the Housing Trust ran at a profit, yet built homes as cheaply as any other housing authority. He served the community in many other ways. He was a Chairman of the Australian Institute of International Affairs and a member of the Municipal Tramways Trust, the Australian Housing Corporation, the Australian Broadcasting Commission and Meals on Wheels. He suffered severe asthma and, as the first head of Asthmatic Children’s Aid and the Asthma Foundation of South Australia, helped to establish the state as a leading centre for asthma management. Even his leisure interests were energetic. He was a keen yachtsman, building his own sloop Aroona.

Alexander Ramsay died on 25 May 1978 and was cremated. Thousands of mourners attended his funeral at St Peter’s Cathedral, North Adelaide, and the large sum of money they donated instead of flowers has endowed university scholarships for asthma research. 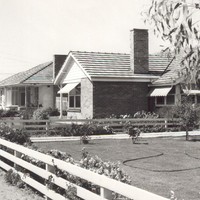