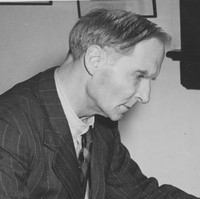 Adolf John Schulz was a significant early twentieth-century educationist who made important contributions to the development of the University Training College and to the advancement of education in this state. He was born on 6th August 1883 at Stepney, South Australia, the son of Silesian barber and tobacconist Johann Karl Heinrich Schulz and his wife Maria (née Bagung). He had a varied education which included his early years at the Flinders Street Lutheran Church, a year at school in Germany and experience at several Adelaide public schools, including acting as monitor and tutor at Rose Park Public School. He had a successful University career from 1902 to 1909, entering the University Training College in 1904 and gaining his BA in 1905 and his MA in 1909. He also won a scholarship to the University of Zurich, Switzerland, where he completed a PhD in two years (1907-8).

On his return to South Australia in 1909, he was appointed Superintendent of Students at the University Training College. Although only 25 at the time, his academic achievements and impressive demeanour had obviously recom-mended him to the Director of Education, Alfred Williams, who was concerned that South Australia was the only state that did not have a well-organized teacher training college with a properly qualified director.

Schulz’s excellent grasp of psychology, philosophy and education outweighed his youth and lack of practical experience. He took his new responsibilities very seriously and during the forty years he served as director of the college he made a long-lasting impact on its development, as well as on the development of the University and ultimately on educational standards in the state.

Schulz had a vision of a better education system for all, which he realized could be much improved by the better training of teachers. He altered the teacher training programmes to ensure that trainee teachers would have a well-balanced combination of University education and specialized educational training with a substantial practical component. By 1922 he was in charge of one of Australia’s earliest Diploma of Education courses.

His role as Director was a complex one. On the academic side he lectured in education, educational psychology and German at the University of Adelaide, and was renowned for his clear and perceptive teaching methods. As an administrator, he initiated and supervised most aspects of the day-to-day running of the Training College. Constant liaising between the Education Department and the University was required to achieve the best for his students and Schulz organized programmes where academic and professional training were interwoven. However, he also recognized that ‘aptness for study and aptness for teaching are not inseparable concomitants. Either may be present without much of the other’. Although he wanted his students to succeed both academically and practically, he did not give up on those who were better teachers than they were University students. As a manager, he spent many years fighting for adequate premises for the college but it was not until May 1927 that a permanent building, named after John Anderson Hartley, was constructed on Kintore Avenue.

Schulz served as head of the University Training College (later called the Adelaide Teachers’ College) until his retirement in 1948. He was the first President of the South Australian Institute of Educational Research (1930), as well as the author of various publications on educational theory. He died on 5th February 1956 and was buried at West Terrace Cemetery. He made bequests to the University of Adelaide for research into educational theory and German language and culture. He is commemorated by the landmark skyscraper, the Schulz Building, adjacent to the Hartley Building. 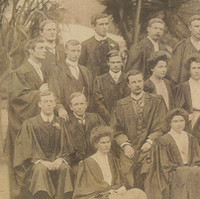 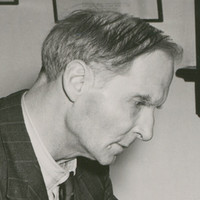