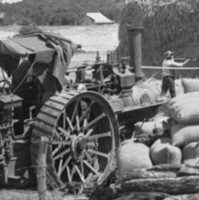 The introduction of steam

South Australia was founded at a time of enormous industrial expansion in Europe, fed by technological change following the invention of the steam engine. However, the colony’s first steam engine, imported in 1836 by the South Australian Co., lay idle for six years, possibly because of a lack of technical expertise.

The first two productive steam engines – a flour and saw mill, and a machine for making bricks – were probably brought out on the Warrior (arriving 1840) by John Ridley and a Dr Kent (almost certainly Benjamin Kent). Ridley won the intense competition to be first to operate, setting-up his steam mill at Hindmarsh, while Kent ingeniously began using his engine both to grind corn and to make bricks at the east end of Rundle Street, Adelaide.

Cornish immigrants brought with them an acceptance of steam-driven beam engines, invented in England around 1712 to remove water from deep mines and later much improved by James Watt and others. The first mine engine in South Australia arrived in October 1847 on the Rachel, accompanied by an experienced engineer who erected its 55 pieces at the Kapunda copper mine. This double-acting condensing engine had a 76cm cylinder and a 1.8m stroke of 35 hp. Steam was supplied by two tubular Cornish boilers 9.7m by 1.8m in diameter. Steam engines quickly spread throughout the colony, even to localities as isolated as the northern Flinders Ranges.

At the Burra mine in the Mid North, an 83hp beam-engine, purchased new from the famous Perran Foundry of Peranworthal, Cornwall, began pumping on 20 October 1849. Working at four strokes per minute to a depth of 65.8m, it raised 785 564L of water per day. Later, much larger engines (around 250hp) were used at Burra and the ‘Copper Triangle’ mines on Yorke Peninsula. South Australians began manufacturing engines, albeit small ones; for example, in February 1851 Wyatt Brothers’ North Terrace Foundry constructed a 16hp engine for the Reedy Creek Mine, 69km northeast of Adelaide near the township of Palmer.

The engine for William Randell’s steamboat Mary Ann, launched in 1853, was built in Adelaide by a German engineer, illustrating the rise in local technical expertise. Francis Cadell, in his paddle steamer Lady Augusta, overtook the Mary Ann near Swan Hill in the 1853 race to be the first to travel up the River Murray by steam, and both men went on to pioneer paddle steamer transport.

In a significant early experimental use of steam for road transport, in 1863 the Australian Mining Co. working in the northern Flinders Ranges imported three unusual five-wheel traction engines and some wagons from the British firm Aveling & Porter to replace bullock drays. Unfortunately, these huge engines, each weighing up to 10.2t when working, failed when they became hopelessly bogged in drifting sand.

During the latter decades of the nineteenth century the steam engine became part of daily life, thanks to the expanding railway system. South Australians also used steam traction engines to power their agricultural machinery, these symbols of progress on farms following the plough north in the rush for new land.

End of an era

The end of the steam era came gradually. Several of the great beam engines in the Copper Triangle were used until the 1920s before replacement by electric and diesel engines. Steam-driven motor cars were soon superseded by the internal combustion engine, but traction and steam engines remained in agricultural use until after the Great Depression. The last suburban steam passenger train, to Penfield, ceased in 1966, while the last regular steam service, the Broken Hill ore trains, ran until 1970. 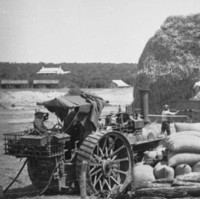 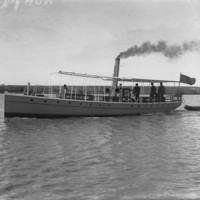 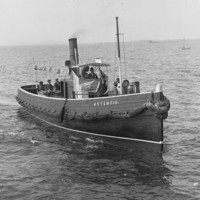 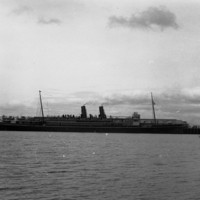 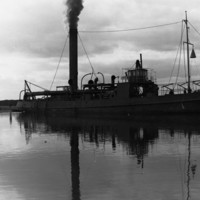 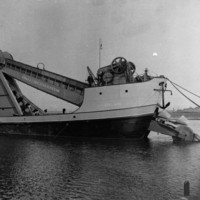 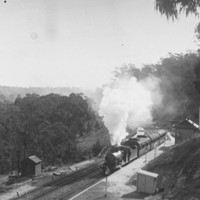 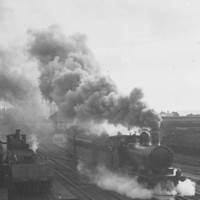 Hi Neil,
I'll e-mail you as well, but you can find the sources to this article if you click on the 'sources' above these comments. It was written originally for the 'The Wakefield Companion to South Australian History' and reproduced here with permission from the author, Roger Cross.

I'm looking into the history of steam engines for mining in Australia. If someone could contact me about this article, it would be much appreciated.

Austin, JB, The mines of South Australia: including also an account of the smelting works in that colony, together with a brief description of the country and incidents of travel in the bush (Adelaide: C Platts, 1863)

Whitworth, RP (comp), Bailliere’s South Australian gazetteer and road guide: Containing the most recent and accurate information as to every place in the colony (Adelaide: FF Bailliere, 1866, 1991)