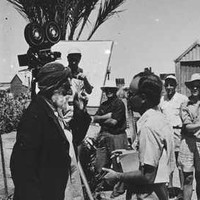 Fearing it ‘demoralising to the younger generation’, South Australian authorities ban screening of the film 'The Kelly Gang' throughout the state
1917

In an effort to develop a local film industry, the Dunstan government creates the South Australian Film Corporation
1996

South Australian film 'Shine' is a critical and commercial success. Accolades include the American Academy Award for Best Actor, and nominations for Best Director for the Academy, Golden Globe and AFI Awards

In October 1896, within one year of the Lumière brothers’ first public screening of film in Paris, the first public film screening in South Australia occurred at the Theatre Royal in Hindley Street, Adelaide. Each film, which lasted just under one minute, depicted dancers and American folk heroes. In the following year Wybert Reeve, manager of the Theatre Royal, became the colony’s first travelling ‘Picture Showman’, screening 30 short films in metropolitan and country towns. However, the novelty of moving pictures lasted just over a year, and from 1898 to 1905 only occasional ‘Picture Shows’ were screened. During this hiatus the first film to be made in South Australia, General William Booth Boards SS ‘Arcadia’ at Largs Bay (1899), was shot by Joseph Perry of the Salvation Army.

When in 1906 cinema regained the popularity of its infancy, local and interstate entrepreneurs would produce a local short such as Happenings Taken at the Adelaide Show, Adelaide’s Fire Service and Animated Adelaide and exhibit it at night in a vacant hall. Another popular genre, the bushranger film, based on the national myth of the underdog fighting the system, concerned the authorities but attracted audiences. The Adelaide Advertiser reported that The Story of the Kelly Gang, screened at the Adelaide Town Hall in 1906, ‘worked the audience up to such a pitch of excitement that . . . Ned Kelly and his followers were cheered again and again’. When a later version, The Kelly Gang, screened in 1914 the authorities acted swiftly – it became the first film banned in South Australia. The chief secretary believed that scenes depicting a bank robbery, train derailment and locking of police in their own cells were ‘demoralising to the younger generation’.

Censorship became a talking point in 1916 when Adelaide cinematographer Harry Krischock’s short film, Hunting Kangaroos by Motor Car, generated considerable public anger. Following concern about films that might offend public taste, the South Australian Advisory Board of Film Censors was established in 1917. In the same year another Krischock film, Remorse, the first feature film made in South Australia, caused further problems. Although its central theme was a venereal disease warning, it was the hint of pornography that drew the audience and admission was restricted to those 16 years of age and over.

Only four feature films were shot in South Australia between 1918 and 1968: two English productions – Ealing Studios’ Bitter Springs (1950) and the Rank Organisation’s Robbery Under Arms (1957); and two American – Twentieth Century-Fox’s Kangaroo (1952) and Warner Brothers’ The Sundowners (1960) starring Robert Mitchum and Deborah Kerr. Half a century to the day after The Woman Suffers premiered the next South Australian feature film production, Ludwik Dutkiewicz’s Time in Summer (1968) appeared. Although the film enjoyed a prestigious screening at the 1968 Berlin Film Festival, it failed to attract commercial interest.

Attempting to promote a local film industry, in 1972 Don Dunstan’s government established the South Australian Film Corporation (SAFC). As with The Story of the Kelly Gang 70 years earlier, the first feature film produced by the corporation concerned the battler’s struggle against authority. In Sunday Too Far Away (1975), it is shearers versus graziers. Despite distribution difficulties the film made a profit and won four Australian Film Institute (AFI) Awards. The success of SAFC set a precedent for other states. The corporation’s next feature became a landmark in Australian cinema – Picnic at Hanging Rock (1975) enjoyed national and international acclaim. Other successes followed, including Storm Boy (1976), Breaker Morant (1980) and Shine (1996). The latter became a critical as well as commercial success, with Geoffrey Rush winning the American Academy Award for Best Actor. The director, Flinders University graduate Scott Hicks, was nominated as Best Director for the Academy, Golden Globe and AFI Awards. Although no longer a producer of films, SAFC’s role now includes production investment, development funding, the promotion of screen culture and educational production. 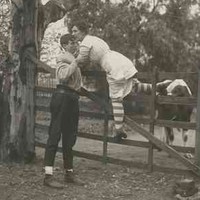 Theatrical still from an outdoor film scene, c. 1920. A young woman is being helped over a gate by a young man 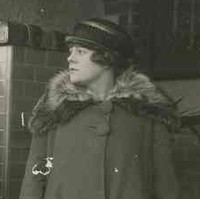 Theatrical still from an outdoor film scene, c. 1920. A young woman looks disapprovingly at a young couple outside a house 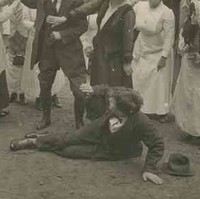 Theatrical still from an outdoor film scene, c. 1920. A group looks on as two women intervene in a fistfight between two men 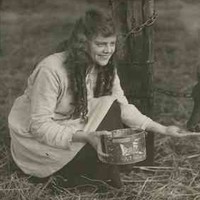 Theatrical still from an outdoor film scene, c. 1920. A young woman hand feeds a calf from a tin 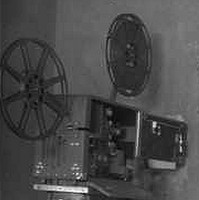 Two film projectors, c. 1947. The location of the photograph may be a cinema in Port Lincoln
Courtesy of/Photographer:Raymond Hier Gordon 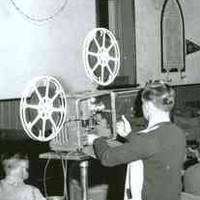 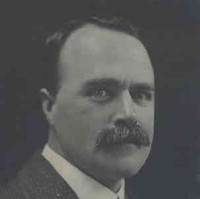 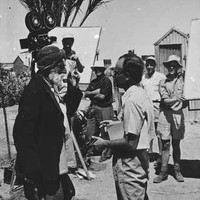 A film crew confers with an unidentified Afghan man at an unknown location in remote South Australia, 1930 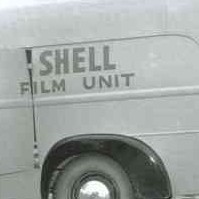 The Shell Film Unit on location in rural South Australia, 1953. A member of the film crew is loading equipment into a van
Courtesy of/Photographer:Arthur Studio (Mt. Gambier) 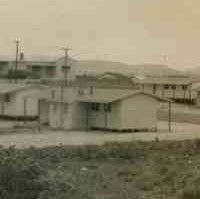 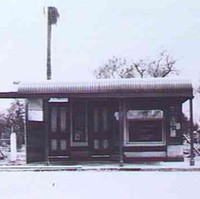 The ‘Stock and Station’ office built specially in Quorn for the film ‘The Sundowners’, c. 1950

Dooley, M., ‘Suffering in silents: The reconstruction of “The Woman Suffers”’, in K. Berryman, ed., Screening the past: aspects of early Australian film: selected papers from the Sixth Australian History and Film Conference and other sources (Canberra: National Film and Sound Archive, 1995).