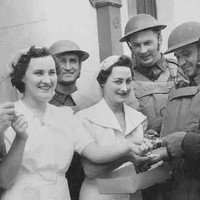 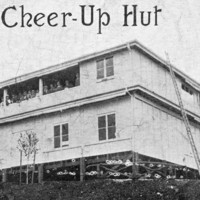 Built through fundraising and with material and labour donated by local businesses and tradespeople, the Cheer-Up Hut opened on 4 November 1915. 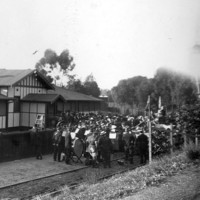 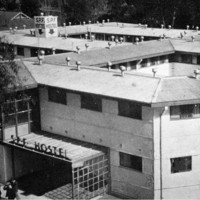 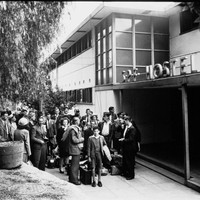 In 1947 the buildings formerly known as the SPF Hostel (Schools Patriotic Fund Hostel) and former Cheer Up Hut were converted into a migrant hostel. It was officially renamed the Immigration and Reception Depot, Elder Park in August 1948.
1970

The Cheer-Up Society was a uniquely South Australian organisation established in 1914 by Adelaide businesswoman Alexandrine (Alexandra) Seager and William Sowden of the Register newspaper to provide for the needs of soldiers on the move during the First World War.

Staffed largely by women volunteers, the society began offering refreshment and recreation in a large tent north of the Adelaide Railway Station early in 1915. The tent was replaced by a hut, built through fundraising and with material and labour donated by local businesses and tradespeople. The Cheer-Up Hut opened on 4 November 1915.

The opening of the Cheer-Up Hut was accompanied by a ‘Button Day’ to raise funds for the society and its work. The sale of especially designed buttons or badges began at 8am with ‘an army of girls’ selling them in the main streets of Adelaide. The women volunteers were organised into groups representing those ‘fighting at the front’. The 3rd and 9th Light Horse, the 10th, 12th, 16th and 27th Battalions, and the Army Medical Corps were all represented. Some wounded returned soldiers also assisted.

The first Cheer-Up Society membership badge was the subject of a competition run in 1914. Nelson Wood of Adelaide won with his design for a bronze medallion. A new badge replaced this one later in the war. Badge days and fairs became regular fundraising events for the society.

At the Cheer-Up Hut, soldiers could eat a meal and relax in a place deemed morally safer than hotels. Free entertainment was provided and facilities included a rest room, billiard room, dining hall and lounge areas. Special celebrations were organised at times such as Christmas. By the end of 1915 volunteers were serving about 10 000 meals per month. In four years the society catered for 200 000 servicemen.

In July 1918 the hut’s amenities were increased with the opening of a State War Council Soldiers’ Hostel. Located west of the City Baths and close to the hut, it provided much needed accommodation for 50 men, a lunch room, and hot and cold baths.

The hut closed on 24 December 1919 after the bulk of the servicemen had returned following the end of the war. However, it reopened as required to cater for later arrivals and provided a venue for returned soldier activities and associations.

The society imposed strict discipline on its volunteers. Only women of ‘good character’ could join. The volunteers cooked, served meals, distributed foodstuffs and clothes, and organised entertainments, formal farewells and ‘Welcome Home’ gatherings for soldiers.

Volunteers wore white dresses, with an apron and headdress, similar to a nurse’s uniform. Later in the war they pinned embroidered service emblems onto their aprons. Each stripe below the emblem represented a year of voluntary service in the society. Volunteers also wore an embroidered cloth badge on their headdress.

In addition to providing services at the Cheer-Up Hut, the society instigated a Violet Day appeal, with the first being held on 2 July 1915. Small posies of ‘the humble and beautiful violet’ were sold to raise funds for the establishment of a permanent club for returned soldiers. Violet Day became a local remembrance day for Australian soldiers who died during the First World War.

The Cheer-Up Hut was revived on a much larger scale in 1939 for the Second World War. The facilities built during the First World War were improved and a large accommodation hostel erected at the rear. The Schools' Patriotic Fund (SPF) Hostel offered accommodation from 1941 for servicemen on leave. The large number of servicemen coming through Adelaide in 1942–43 led to a Cheer-Up Hut No. 2 being established in the Palais Royal dance venue on North Terrace. The original hut was renamed Cheer-Up Hut No. 1.

After the Second World War Hut No. 1 and the SPF Hostel were sold to the state government which converted them to the Elder Park Migrant Hostel, providing initial accommodation for newly arrived migrants from Europe. The Cheer-Up Society disbanded in 1964 and its funds and assets were distributed to welfare and service groups. A Cheer-Up Association succeeded the society but the gatherings of these former members of the society fell away in 1970 when the hostel was demolished for the construction of the Adelaide Festival Centre. 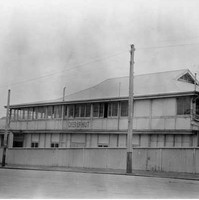 Image courtesy of the State Library of South Australia, SLSA: B2365, Public Domain 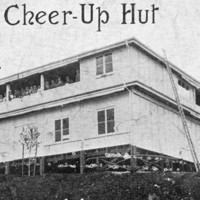 The Cheer-Up Hut in Adelaide, opened by the Governor Sir Henry Galway on 4 November 1915. 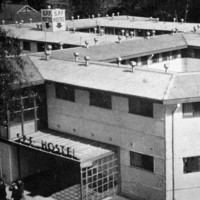 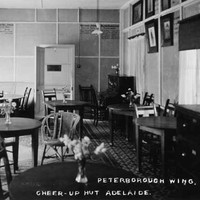 Image courtesy of the State Library of South Australia SLSA: B 5504, Public Domain. 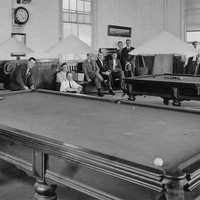 Image courtesy of the State Library of South Australia SLSA: B 5508, Public Domain. 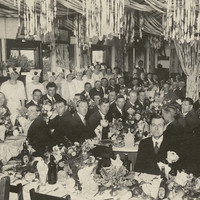 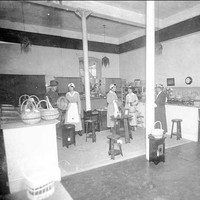 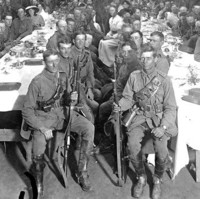 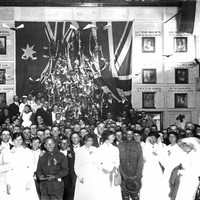 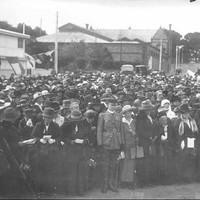 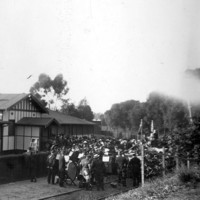 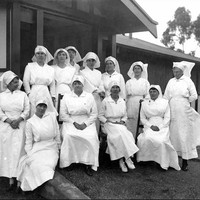 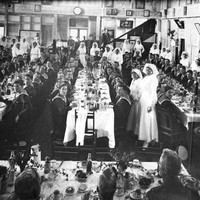 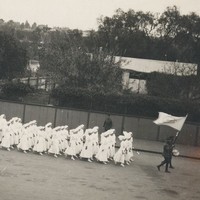 Image courtesy of the State Library of South Australia, SLSA: B 26348, Public Domain. 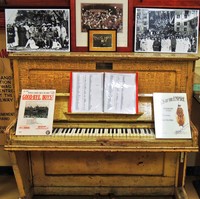 The piano from the Cheer Up Hut, shown at the Army Museum of South Australia, 2012.
Courtesy of/Photographer:Dave Walsh Cheer-Up Hut girls handing cigarettes to men of the Second A.I.F. prior to a march through the city 1941.
Courtesy of/Photographer:Henry Krischock

Image courtesy of the State Library of South Australia SLSA: B 17540/87, Public Domain. 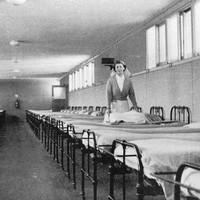 Image courtesy of the State Library of South Australia SLSA: B 60093, Public Domain. 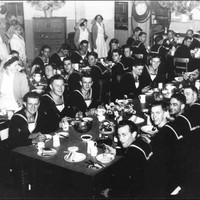 Image courtesy of the State Library of South Australia SLSA: B 62156, Public Domain.

In South Australia the Schools' Patriotic Fund raised significant money for the war effort, and support for returning troops, including money for the SPF Hostel - https://sahistoryhub.history.sa.gov.au/organisations/schools-patriotic-fund

Hi Ron, if you click on 'Media' above this article you will see the images we found related to the Cheer-Up Hut. The sources for it are just above the comments.

I am writing a book which will included two chapters on the Cheer-up Hut activities of WW2 I would be pleased to have access to photos and information. I do not need to retain original material.
Also interested in SPF

Hi Bruce,
We would definitely be interested in seeing your memorabilia. I'll be in touch directly.