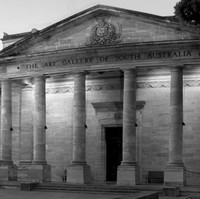 The South Australian Society of Arts is established

The Art Gallery begins to acquire work by Indigenous artists

The Art Gallery of South Australia is one of several major cultural institutions that line North Terace between Kintore Avenue and Frome Road. Its fine classical building, with colonnaded portico, opened in 1900. This section of the building is now known as the Elder Wing, named after the Gallery's first major benefactor, Sir Thomas Elder. Additions to the building followed in 1936, 1962, 1979 and 1996. The Gallery houses a large collection of some 38,000 works, with a focus on Australian art, Aboriginal art, British art and Asian art, textiles and ceramics.

Like many of its Australian counterparts, the Gallery was first formed in the late 19th century, but art societies were active long before this.  The South Australian Society of Arts, established in 1856, is the oldest fine arts society still in existence. It held annual exhibiitons in rooms in the South Australian Institute, on the corner of Kintore Avenue. The society was one of several advocates for the creation of a permanent public art collection. Libraries, museums and art galleries were thought to be important markers of 'civilized' societies at this time. Supporters of a public art collection also argued that it would help to elevate public taste. In 1880 Parliament gave 2,000 pounds to the Institute to start acquiring a collection and the National Gallery of South Australia opened in rooms in the present Mortlock Wing (now part of the State Library) in June 1881. Similar 'national' galleries opened in other colonies in these decades, reflecting robust colonial nationalism and a strong sense of competitiveness. In numbers that would gladden the heart of any modern gallery today, some 94,000 people flocked to see the first exhibition.

The fortunes of the Gallery improved substantially from 1897 when Sir Thomas Elder bequeathed the considerable sum of 25,000 pounds for the sole purpose of acquisitions. The Elder Bequest was a mainstay for the Gallery for many years, and helped to attract other donors.  Almost 90 per cent of the collection has been acquired through private gifts and funding. Initially acquisitions reflected prevailing interest in British and European art traditions, but from 1939 the Art Gallery began to acquire works from Aboriginal painters - the first major Australian gallery to do so - but systematic acquisition of Aboriginal and Torres Strait Islander art did not follow until the mid-1950s. Until that point most Aboriginal art in public collections was found in the ethnographic collections of museums. 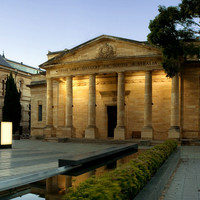 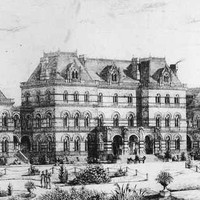 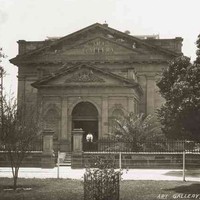 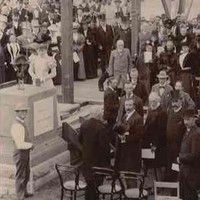 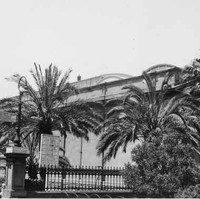 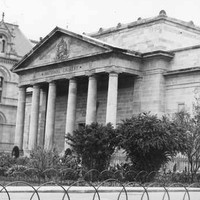 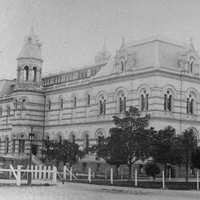 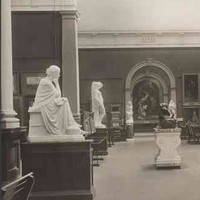 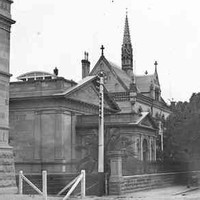 Hi David, it would be best to contact the Art Gallery directly about philanthropic acknowledgements: http://www.artgallery.sa.gov.au/agsa/home
I have seen the columns described as both Corinthian and Doric at different times, you may find more on that in this article by Deborah Arthur - http://www.flinders.edu.au/ehl/fms/archaeology_files/dig_library/theses/...

Are the columns in front of the Art Gallery entrance corinthian?
Is there a list of philanthropists who don't mind their name being mentioned on radio history talk?.