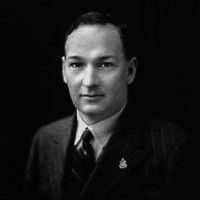 Thomas Playford was Premier of South Australia from 1938 to 1965. He led his party to victory in eight successive elections, presiding for 26½ years over a state in transition, one that was struggling to survive against the dominance of the larger, more economically powerful states. His premiership remains the longest in the history of the British Commonwealth.

He was born at Norton Summit, South Australia, on 5th July 1896, the son of orchardist Thomas Playford and his wife Elizabeth Annie (née Pellew). His grandfather, ‘Honest Tom’ Playford (1837-1915), was also a Premier of South Australia and a Federal senator. Tom Playford went to the Norton Summit School but left at the age of fourteen to manage the family business. In May 1915 he enlisted in the Australian Imperial Force and served with the 27th Battalion. He was severely wounded in November 1916 at Flers, France, and at the end of the war, with the rank of lieutenant, he returned home to his market gardening. On 11th January 1928 he married Lorna Clark and they had three children.

In 1933 Playford entered the House of Asembly as the Liberal and Country League member for Murray. Five years later, in November 1938, he was elected leader of his party, becoming Premier, Treasurer and Minister for Immigration, portfolios that he retained until 1965. One of his first acts on taking office was to issue a public statement in which he promised to work in the interests of the people as a whole, rather than being bound by blind party loyalties. Although socially and morally conservative, he was determined to make South Australia economically progressive and his policies were always driven by this commitment.

Realizing that the state was vulnerable to drought, he began a programme of industrialization to reduce its dependence on primary production. His skilful negotiations with the federal government and with leading industrialists and international companies secured for the state the Long Range Weapons Establishment at Salisbury, the shipbuilding yards at Whyalla, the Morgan-Whyalla pipeline, the Port Stanvac oil refinery and the development of the Leigh Creek coalfield. He introduced industries from overseas and used the reliability of the South Australian workforce as an incentive to entice industries from other states.

He pursued policies of price and rent control and, through the Housing Trust, had thousands of low-cost homes built as a means of attracting a larger workforce to the state. The town of Elizabeth, founded in the 1950s, attracted British migrants in particular and provided them with jobs at the General Motors-Holden’s plant, also a Playford initiative. He was, however, notoriously indifferent to what he saw as non-productive areas of government responsibility --- social services, health, the arts and education.

Playford was able to hold power for as long as he did because of the malapportionment of the electoral system, the so-called ‘Playmander’. This was a legacy of the electoral redistribution carried out in 1936 whereby the vote of each country elector was worth almost three times as much as that of a city elector. Since rural voters were traditionally strong supporters of the Liberal and Country League, Playford had no desire to interfere with the imbalance that ensured his political survival. He finally lost power to the Labor Party in 1965 and retired from politics the following year. He had been appointed G.C.M.G. in 1957.

Sir Thomas Playford died on 16th June 1981 and was buried at Norton Summit Cemetery. He has been variously described as ‘a shrewd politician’, ‘a wily old scallywag’ and as a man who ‘knew what he wanted, knew what was desirable and knew what was possible’. Whatever he did, he did it for the sake of South Australia. The wording on his gravestone reads: ‘A good man who did good things’. 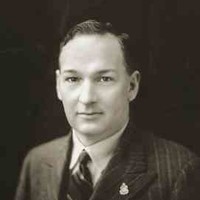 Image courtesy of the State Library of South Australia, SLSA: B 7756, Public Domain 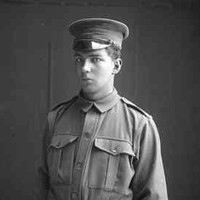 Thomas Playford during his First World War service in the Australian Imperial Force, 1915

Image courtesy of the State Library of South Australia, SLSA: B 46130/37, Public Domain 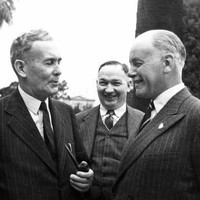 Image courtesy of the State Library of South Australia, SLSA: B 48482/6, Public Domain 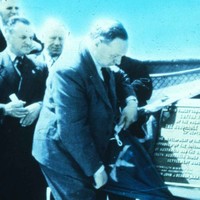 Sir Thomas Playford unveils a memorial at the opening of the Loxton Irrigation Scheme on the River Murray, 21 September 1949