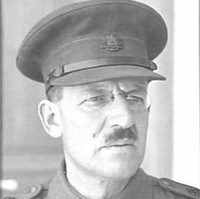 Kenneth Agnew Wills was born in Adelaide on 3rd March 1896. His father, R.J.H. Wills, was a partner in the family firm of G. & R. Wills & Co., importers and wholesale distributors, which was established in 1849. When Kenneth was four years old, his father died of typhoid and his mother Caroline (née Fedden) took the family back to London, where Kenneth was brought up by a governess and later attended the London University School.

When World War I broke out, he enlisted and his regiment was sent to Macedonia to garrison the mountain passes against a possible drive by the German army into Greece. The regiment was then sent to Egypt where he was promoted to captain and took part in the campaign to drive the Turks out of Palestine. He was present at the crucial Battle of Beersheba where the Australian Light Horse made its famous charge, routing the Turkish infantry. At the successful conclusion of this campaign Captain Wills had been awarded the Military Cross and had been mentioned in dispatches. His regiment was then sent to the front in France, where he was badly gassed and invalided back to England.

On being discharged in 1919, he joined the family firm of George Wills & Sons in London and operated on the floor of the Baltic Exchange, canvassing for shipping cargoes. On 1st September 1920 he married Viola Ethel Crossland and later that year they emigrated to Adelaide where Wills joined his family’s Australian company.

He was far from impressed with what he found and in 1924 returned to London to report his findings to the partners, who accepted his offer to return to Australia as General Manager and restructure the company. Back in Adelaide, he gathered around him a group of ex-servicemen, entrusting them with the middle-management positions. When the Depression struck in 1929 and many firms collapsed, his staff remained loyal to him, accepting, as he did, a 10% reduction in wages, enabling the company to survive.

At the outbreak of World War II he was still on the British Army Reserve of Officers but when he presented himself at Keswick Barracks the staff were at a loss to know what to do with him, so they put him in charge of the Intelligence Section. One of his immediate tasks was to round up all the Nazi activists in South Australia.

In 1940, as a member of the 2/l0 Infantry Battalion, he was attached to H.Q. 1st Australian Corps as Air Liaison Officer and sailed with the 6th Australian Division to the Middle East. He took part in the first Libyan campaign, which included the capture of Tobruk, and was subsequently appointed Deputy Director of Military Intelligence. In November 1944 he was promoted to brigadier and appointed Controller Allied Intelligence Bureau, which position he held until the end of the war. The Bureau was responsible for co-ordinating all the intelligence probes and clandestine operations behind the Japanese lines in the south-west Pacific area. His army service earned him the O.B.E. in 1946. On being demobilized in September 1945 he resumed his role as Chairman and Managing Director of the Wills Group of Companies based in Adelaide. 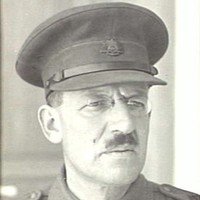 Sir Kenneth Wills serving in Syria as a lieutenant colonel in the First Australian Corps during the Second World War, 1941 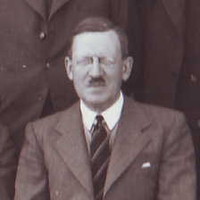