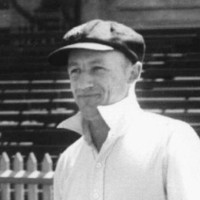 Donald George (Don) Bradman (1908–2001) was worshipped as the most dominant batsman in cricket history and an Australian hero from the late 1920s until his retirement in 1949. For the next 40 years he led a relatively quiet existence as a businessman whose pleasures were family, golf, gardening, bridge and playing the piano. In his last ten years he assumed a god-like status for generations who had never seen him play.

Bradman’s association with South Australia began early. Born in Cootamundra, New South Wales, and raised in Bowral, he commenced his first-class career for New South Wales at Adelaide Oval in 1927. He finished his playing days on the same ground in 1949.

Greatness settled on him after his first tour of England in 1930. He then held the individual record Australian first-class score of 452 not out and the record Test score of 334, maintaining phenomenal consistency to end his career with a batting average of 99.94. In between he became the prime target of the notorious Bodyline tactics which upset the contemporary cricket ethics and threatened the unity of the British Empire.

Bradman’s move to Adelaide in 1934 was the biggest sporting coup in Australian history. He wanted to establish himself professionally outside cricket and did so by joining the stockbroking firm of Henry Hodgetts. In 1935 he took over the South Australian captaincy and held it until 1948. Bradman was Australian captain (1936–48) and selector (1936–71), serving on both the South Australian Cricket Association (SACA) and Australian Cricket Board (ACB) for long periods, including the presidency of SACA (1965–73) and chairmanship of ACB (1960–63, 1969–72).

Aside from cricket Bradman took a seat on the Adelaide Stock Exchange in 1942 and held important company directorships (not without controversy). A talented all-round sportsman, he won the South Australian squash championship in 1938, was a scratch golfer and excelled at tennis, table tennis and billiards. He was knighted in 1949, the only Australian cricketer to be accorded this honour. The most important partnership of his life, with Jessie Menzies, lasted from their marriage in 1932 until her death in 1997. Bradman is commemorated widely in cricket history and literature, as the subject of art works, and at various cricket grounds with which he was associated. 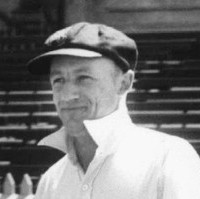 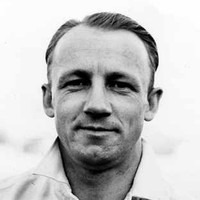 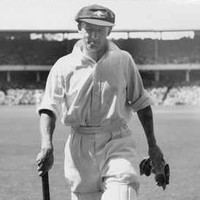 Image courtesy of the State Library of South Australia, B7153, images.slsa.sa.gov.au/mpcimg/07250/B7153.htm. Public domain 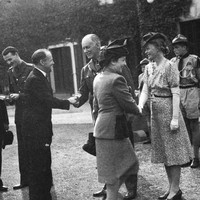 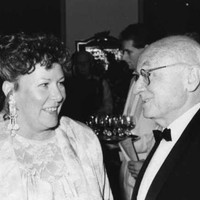 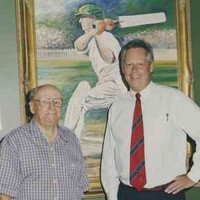 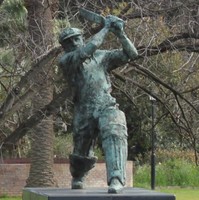