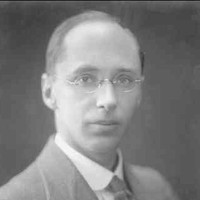 Archibald Grenfell Price was born at ‘Tutuila’, near Crafers in the Adelaide hills, on 28th January 1892, the son of bank manager Henry Archibald Price and his wife Elizabeth Jane (née Harris). He was an only child, his father dying when he was three. He was educated at St. Peter’s College and at Magdalen College, Oxford, where he gained an honours history degree. Rejected by the army because of poor eyesight, he returned to St. Peter’s College as geography and athletics master from 1916 to 1924. Interested in the human as well as the physical aspects of geography and dissatisfied with the available textbooks, he wrote A Causal Geography of the World (published in 1918), so beginning his lifetime pursuit of writing on historical and geographical subjects.

His marriage to Kitty Pauline Hayward on 20th January 1917 began a remarkable relationship. He was a devoted son and a caring father, delighting in fishing and exploring the south coast with his sons.

In 1925 he helped Canon Bickersteth establish St. Mark’s College, the first residential college of the University of Adelaide, and was its founding Master. The College, using the Oxford tutorial system, grew from an initial 13 students to 100 in 1957 when he retired. By then, eighteen of its residents had won Rhodes scholarships. ‘Archie’, as he was known to many, was noted for his firmness but also for his genuine interest in the students and for his good humour. His portrait now hangs in the dining hall named in his honour.

Fellow geographer Kenneth Peake-Jones said that Archie Price was a man of ‘vast enthusiasm’ and ‘an energetic, humorous, bubbling personality’. His great laugh was unmistakable. Another colleague described working with him as ‘like hanging on the tail of a comet’. In 1932 his early books on South Australian settlement led to the award of the University’s first D. Litt. The Foundation and Settlement of South Australia (1924) still remains an authoritative source.

In 1931-32 he chaired the South Australian Emergency Committee, galvanizing the community to tackle the economic disaster of the Depression. This earned him his C.M.G. in 1933. He gave years of public service to education and the community, serving St. Peter’s College, the University of Adelaide, the State Library Board, the Anglican Church and the Royal Geographical Society of Australasia (S.A. Branch), which awarded him its John Lewis Gold Medal.

A Rockefeller Scholarship in 1932 to visit tropical countries led to his influential writing on white settlement in the tropics. His firsthand knowledge of relations between white colonists and indigenous people, and his experience leading an expedition looking for Leichhardt’s remains in Central Australia, developed his interest in Australian Aborigines and he was one of the first historians to show concern for their treatment.

During World War II, with St. Mark’s leased to the R.A.A.F., Price broadcast daily on the war situation. From 1941 to 1943 he was the United Australia Party member for the Federal seat of Boothby. He was appointed in 1953 to the Commonwealth Literary Fund and later to the Australian Humanities Research Council. In 1960 he became the founding Chairman of the National Library of Australia, working hard for the building to be opened in 1968. His literary work continued. He edited Cook’s Pacific journals and wrote on the work of Douglas Mawson in Antarctica, the Australian mandate for New Guinea and the flight of Ross and Keith Smith to Australia in 1919.

In 1963 Archibald Grenfell Price was knighted for services to education. In 1969 Settlement and Encounter, a book of geographical studies by his former staff and students, was dedicated to him as ‘Friend and Mentor, whose contagious enthusiasm stimulated many friends and colleagues to envisage wider horizons’. He died on 20th July 1977 and was buried at North Road Cemetery. 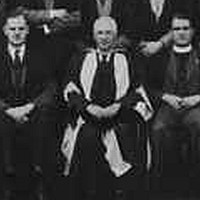 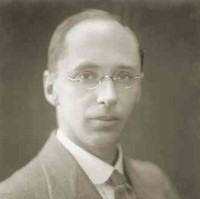 SA Birth registrations CD says he was born in Hospital at North Adelaide, Adelaide City, SA on 28th January 1892 B#497/290. This kis different to what you show!

Hi Jim,
this is an SA Greats article, we'll get in touch with the editor and see if he can clear up the discrepancy for us.