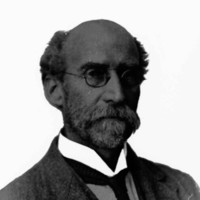 Peter Waite was born on 9th May 1834 at Pitcairn, near Kirkcaldy, Fife, Scotland, the son of farmer James Waite and his wife Elizabeth (née Stocks). He trained and worked as an ironmonger in Edinburgh and Aberdeen before emigrating to Australia in 1859, arriving in Port Melbourne on the British Trident and from there travelling to South Australia. He joined his elder brother James who held Pandappa station, near Terowie in the mid-north, and in 1862 bought the adjoining Paratoo run with Thomas Elder. In 1863 he took over the lease of Pandappa when his brother died. On 21st November 1864 he married Matilda Methuen, to whom he had become engaged before leaving Scotland, and they had eight children.

From 1869 Waite, Elder and N.E. Phillipson built up an empire of sheep and cattle runs that stretched from Beltana to the Queensland border. Waite was known for his innovative management of pastoral properties in the semi-arid country of the far north. He fenced his properties into paddocks, established permanent water supplies and reduced the numbers of vermin by poisoning, all of which enabled him to achieve huge sheep flocks. He also emphasized the importance of breeding, the rotation of paddocks and flexible stock movement.

In 1883 he became Chairman of Elder’s Wool and Produce Co. Ltd., a subsidiary of Elder Smith and Co. When the companies amalgamated in 1888 Waite became Chairman of Directors of Elder Smith and Co. Ltd., holding this position until his retirement in 1921. He was largely responsible for the policies which allowed the company to surmount grave difficulties and expand on a truly remarkable scale. He was Managing Director of the Beltana Pastoral Co. Ltd. following Elder’s death in 1897, and of the Mutooroo Pastoral Co. Ltd. from 1898 to 1911. He also held directorships in the British Broken Hill Co. Ltd. and the South Australian Woollen Co. Ltd.

In 1874 Waite purchased a city estate for his family at Urrbrae. In the late 1880s he demolished the original house on the property to build his own grand residence. Completed in 1891, it featured a number of innovations, including a tiled roof, electric light and Australia’s first domestic refrigeration plant.

In October 1913 Waite established the gift of his Urrbrae estate to the University of Adelaide, subject to life tenancy for himself and his wife. Half of the estate was to be for agricultural research and teaching and the rest for a public park. In 1915 Waite purchased the adjoining estate of Claremont and part of the estate of Netherby, adding it to his gift, and in 1918 set aside 5,880 shares in Elder Smith to be invested, with the income to be used for the advancement of agricultural education. Waite’s gifts to the University, which amounted to £100,000, constituted one of the largest public benefactions ever made by a South Australian colonist. He also donated 114 acres to the state government to found what is now the Urrbrae Agricultural High School.

Peter Waite was offered a knighthood when he was 83 but rejected the honour on the grounds of age. He died on 4th April 1922 and was buried at Mitcham Cemetery. His estate passed to the University of Adelaide and two years later the Waite Agricultural Research Institute was established. His legacy has surpassed even his vision as the Institute has achieved not only prominence in Australia but international renown as a centre of scientific excellence. Urrbrae House now has permanent exhibitions on Peter Waite and on the adjacent arboretum and guided tours are given of both the house and grounds. 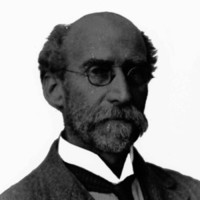 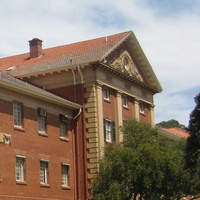 The Main Building of the Waite Agricultural Research Institute at the University of Adelaide’s Waite Campus, 8 January 2009
Courtesy of/Photographer:Bilby