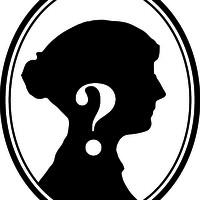 Mrs Mahalia Philps Lady Mayoress of the City of Adelaide (married to the Lord Mayor) between 1954-1957.

Mahalia was born 21/9/1889 at Encounter Bay, South Australia. Her parents were George Edward Honeyman and Alice Anne Honeyman (nee Bolger). They married on the 11/2/1889 at the residence of the bride’s father, Edward Robert Bolger of Encounter Bay.

Her paternal grandfather William Honeyman and his brother Alexander arrived in Sydney as children on the “Castle Forbes Bay” from Scotland with their mother Jane and sisters in 1822.

Jane’s husband William was a convict who escaped in 1820 and died while on the run. She then remarried John Lander which led to William and Alexander running away to sea to escape their strict stepfather, joining a whaling vessel in the early 1830s. Their ship worked mainly in Tasmanian waters, but in an extended journey to the South Australian coast in about 1836 the ship sprang a leak and was beached at Encounter Bay for repairs. When the brothers realised the boat planks were rotten, they jumped ship and swam ashore. The two lived with local Aboriginal people until William left and walked about eighty kilometres to where Europeans were settling in Adelaide. He worked as a chainman for Colonel Light while he was surveying Adelaide. Then he returned to Tasmania where he spent several years catching birds and shepherding cattle.

When he returned to Adelaide he married a young Irish woman and travelled to Encounter Bay where he was reunited with his brother Alexander, who had remained in the area. The brothers continued whaling before taking up land at Port Elliot where they built two houses. Alexander married a young Scottish woman. William and his wife had eight children. The eldest George remained with his father as a shepherd boy until he started a livery stable.

Mahalia’s namesake and maternal Grandmother; Mahalia Rumbelow  (1841-     ) left Suffolkshire, England with her parents ,five sisters and two brothers. They arrived at Port Adelaide on 7/10/1854 aboard the “Pestongee Bomangee”. In early January 1855 the family set out by bullock dray for the whaling centre of Encounter Bay. The trip took a fortnight and in those days was a hazardous journey where roads were barely bush tracks or non-existent.

In 1861 Mahalia Rumbelbow married Mr. Weymouth, who was accidently killed a few years later. She then married Edward Robert Bolger in 1866. She died in 1879, aged 38 and left children by both husbands.

In 1911 she passed her singing and violin lessons and practiced with the Victor Harbour Congregational Church and in 1914 the members adjourned to the home of Miss Mahalia Honeyman and the Reverend A. Gordan presented a handsome vase on behalf of the choir on the eve of her marriage. He acknowledged the splendid service she had rendered and expressed deep regret that she was leaving Victor Harbour.

John Scott Philps was a farmer’s boy from the Yorke Peninsula who came to Adelaide in 1902 looking for a job. He found one at a timber mill in Franklin Street with one department for furniture. He had found permanent work and went on to become Chairman of Directors of the furniture firm Malcom Reid and Co. Ltd. Rundle Street. He worked in the same premises for 45 years. He was an Alderman on the Adelaide City Council from 1939 and in 1954 was elected unopposed as Lord Mayor.

Mrs Mahalia Philps had been President of the Baptist Women’s Board of Australia and attended meetings interstate. She was also a member of the board of Iloura home for the aged at Norwood. During the Second World War Mrs Philps, with the aid of one man and one woman, ran the family property at Waitpinga S.A. The man tended the sheep and the women cared for the herd of fifteen dairy cows. The farm was then taken over by her youngest son Donald, on his return from a prisoner-of-war camp after the war.

The couple were keen golfers and in 1952 they moved from their house at 365 Magill Road Tranmere to 439 Henley Beach Road, White Park where they had views over the sixteenth tee at Kooyonga Golf Club of which they were members.

Mrs Philps became Lady Mayoress on the 1/7/ 1954 on the appointment of her husband as Lord Mayor. She supported her husband in his civic duties and some of the many interesting people they entertained at the Town Hall were Hop-Along Cassidy, the Queen Mother and the English cricket team. They also kept scrap books of six large volumes of newspaper cuttings, photos, letters etc. to record their term in office.

The Lady Mayoress attended a meeting held at Red Cross House on the 17/8/1955 at which a Headquarters Branch was formed. About sixty people attended and all joined. The committee appointed Mrs Philps as Chairperson.

Her husband John passed away in 1957 aged 71. Mahalia Philps passed away 12/11/1968 aged 79. They are buried at Centennial Park Cemetery, South Australia.