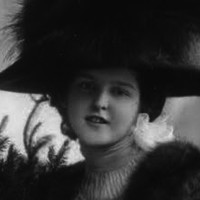 MC ‘Thistle’ Anderson (b. 1879) was best known for her 1905 attack on self-satisfied Edwardian Adelaide through her pamphlet Arcadian Adelaide. The Scottish born actress turned writer arrived in 1900, achieving initial notoriety through barbed poems in the columns of the Register supporting a women’s contingent for the Boer War. Her published works include collections of poems and short stories which were sentimental pieces about unrequited love, drunken husbands and tragic deaths. She married Adelaide stockbroker Herbert Fisher in 1901, and in 1905, left for London where her husband died in 1912. She re-visited Adelaide in 1932 as Mrs Clavering-Shermur. 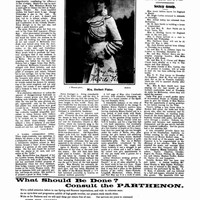