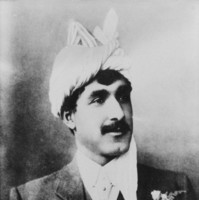 Mahomet Allum was described in glowing testimonials as 'the wonder man' and by his adversaries as a 'quack'. One of the best known herbalists in Adelaide, he was born in Kandahar in the late 1850s. Mahomet Allum was one of around 800 Afghan cameleers who worked in the Australian outback in the late nineteenth century. He moved to Adelaide in 1928 and set up his business as a herbalist at his home on Sturt Street. After a pilgrimage to Mecca it was reported that Allum intended to return to his homeland, however his wife died and he returned,  with his daughter, to Adelaide where he continued pracitcing as a herbalist.

Mahomet Allum  arrived in Western Australia as a young man sometime in the late 1880s. In Afghanistan Allum traded horses, selling to the British Army, which probably earned him the capital he used to aquire supplies and set himself up as a cameleer in Australia. He was reported to have worked 'mining, selling carpets and driving camels'. Allum travelled through the outback, to the goldfields of Western Australia, and to South Australia, New South Wales and Queensland with his team of camels. He worked in Broken Hill before settling in Adelaide.

Mahomet Allum established his practice as a herbalist trading from 181 Sturt Street. He advertised his services regularly in Adelaide newspapers. Many of the advertisements emphasised Allum’s generosity and charitable works for the poor of Adelaide.

Allum was charged in 1935 with ‘imposture as a physician’ under the 1919 Medical Practitioners Act . His detractors described him as a ‘quack’ and a ‘faith healer’. He rejected these claims, saying that these were ‘abominations’ and that he practiced natural and non-invasive medicine without using modern drugs.

The case was the subject of numerous articles. Allum's previous claims and the glowing testimonials he had published as advertisements were weighed up against the accuasations levelled at him. In the Port Pirie Recorder on 4 December 1935 the police court trial was reported with a witness's assessment of Allum:

Mr. Philcox: Did anything you have seen, read, or heard cause you to launch a prosecution against Allum for a broach of -the Medical Practitioners Act?- [Nation] No; I never thought he was committing a breach.

"His one big fault and weakness is his love for publicity and his vanity," Nation added. "Otherwise he is working and doing good day and night."

Despite assembling a large group of witnesses for his case, Allum was fined £45. Subsequent advertisements and testimonials stress that he did not 'pretend to be' a medical practicioner while emphasising his qualities as a herbalist and his good character.

Mahomet Allum's publicity stunts and advertising made him well known to the people of Adelaide. He was a very colourful character and attracted a great deal of attention. As well as practicing alternative medicine, he also wrote numerous pamphlets on the subject of Islam. Allum probably could not write English, he may have had his many writings translated, or dictated. Mahomet Allum faced many challenges as an 'Alien' living in Australia at the time of the Immigration Restriction Act, also known as the White Australia Policy. He did not take this lightly, and wrote letters of complaint to various officials, challenging his treatment and arguing his case for justice.

Mahomet Allum appears to have married three times. His first wife, Annie Barker, was reported by a police constable in the Cloncurry district of Queensland to have been a local prostitute. She deserted him some time before 1925 when a deed of separation was recorded in Broken Hill. On a visit to India in 1937 Mahomet Allum married Miss Ekbal Begam, however, his applications to bring her to Australia were unsuccessful. Government authorities required Allum to provide proof either of Annie's death or their divorce. Allum returned to Australia alone.

In 1940 Allum married one of his patients, Jean Emsley, in an Islamic ceremony. Though reports on his age vary Mahomet Allum was probably into his 80s while Jean was 19. The couple had a daughter named Bebe in 1941. After this Allum travelled between Australia and Afghanistan four times, and again to Afghanistan with his wife and daughter in 1953. This last trip may have been intended as a permanent move, and many suggest that it was, but it is difficult to know for sure given Allum's history of claiming he would leave or give up herbalism, eliciting petitions to stay, followed by triumphant returns to Adelaide with more glowing testimonials.

It was reported in March 1954 that 12-year-old Bebe had written to three Adelaide women with the news that Jean had died of smallpox whilst in Afghanistan with her husband, and that both Allum and Bebe had managed to survive the disease. Allum returned with his daughter in September 1954 telling papers that they were returning as Bebe was unhappy living in Afghanistan. She spoke only English and missed her friends in Adelaide. There are some suggestions Bebe blamed her father for her mother's death, as Allum did not believe in vacination, and they became estranged.

On his return to Adelaide, Allum bought a house on Anzac Highway in Everard Park. From here he continued his trade as a herbalist. Madeleine Brunato, in her book Mahomet Allum, describes it as a '... well furnished house, with its several laminex-topped tables, three lounge suites and is Queen Anne bedroom furniture ...' Customers continued to visit, and Allum continued to build his reputation for charitable works. He treated many people for very little or for free if they could not afford payment. Allum died in 1964 and is buried in Centennial Park Cemetery. He left considerable funds in his will to charities associated with children. 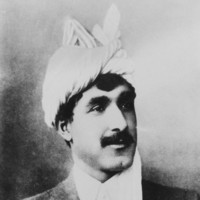 Image courtesy of the State Library of South Australia, SLSA: B 43851, Public Domain. 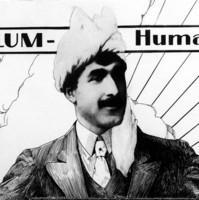 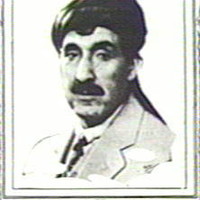 Image courtesy of the State Library of South Australia, SLSA: B 52942/2, Public Domain. 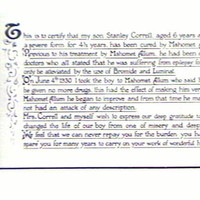 Image courtesy of the State Library of South Australia, SLSA: B 52940/2, Public Domain.

The "Mahomet Allum" is brother of my grandfather, me and my family was searching him from many years, he was leaved the home due to some reasons since (1870 or 1875 )and doesn't comeback,but sent a latter to my grandfather, My grandfather/family couldn't reply due to lack of education,
I have also complete family tree,me and Mahomet Allum,
And we belongs honorable family (Yosaf zai), Any people know about Mahomet Allum daughter? If yes please contact on my email.
For more information about Mahomet Allum and evidence my email is " asadmuhammad809@gmail.com " .

Good luck with your search for more information Asad.

My mother was also one of his clients. I went with her on a number of visits and met him each time. I was 8 or 9 st the time. My mother is 92 this year and in good health . He was a gentle and caring man.

Thanks for sharing those memories Cynthia.

My grandfather grew up in Wudinna and records in his diary in March 1934 that he came down to Adelaide with his wife, who was ill with an unnamed illness, which I suspect was related to "women's troubles", specifically to see Mahomet Allum. He records that Allum said it would take six months to cure my grandmother but, sadly, my grandfather does not say whether the treatment worked or not. Well, my grandmother went on to have four children and lived to be 102 so perhaps the treatment was successful after all :)

How wonderful Cate! You are lucky to have a treasure like your grandfather's diary, a fantastic record for the family.