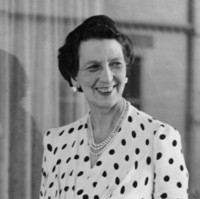 Involved in many committees during the Depression

'I'm No Lady' published by son

Lady Constance Jean Bonython was the Mayoress of the City of Adelaide in 1913 and the Lady Mayoress 1927-1930.

Constance Jean Warren, preferring to be known as ‘Jean’, was born into a prominent South Australian family on 7 November 1891. She was the elder of the two daughters of merchant Charles Herbert Warren and Alice Maria Warren (nee Downer).  When she and her sister Bobbie were in their teens, the family moved to ‘Elgin’, College Park on the corner of College and Pembroke Streets having previously lived at ‘Grove Lodge’ at the East Terrace end of Gilles Street in Adelaide CBD.

Under the tutelage of Melbourne University graduate Elsie Frances Morres (1906-1933), the school provided Jean with an academic and spiritual life encompassing art, drama, music and sport as well as homemaking. Morres influenced her students to become strong, independent women.

On returning home this spirited young woman found the social life at the University of Adelaide more alluring than studying English, even though she had developed a refined writing style at school. In 1911, the twenty-year-old debutante Jean Warren met widower, John Lavington Bonython, and by August 1912, they were engaged.

They chose St John’s Anglican Church, in Halifax Street for their quiet December wedding and the bride’s home ‘Elgin’ for the celebrations. The attractive young bride had inherited her height from the Warren family and her beauty and regal bearing from her mother, Alice Downer. After their honeymoon Jean became mistress of the Bonython’s blue-stone mansion ‘Carhayes’ at the eastern end of Wakefield Street.

Although sixteen years his junior it is not hard to see her attraction to John Lavington Bonython; newspaper proprietor and mayor of Adelaide - Jean had grown up around influential men. Her maternal grandfather Henry Edward Downer MP was a renowned lawyer, businessman and politician, while his two brothers, Alexander George and John William, had followed similar careers. Sir John William Downer KCMG, QC, MP (1844-1915) had served as Premier of South Australia on two occasions.

Similarly John Lavington Bonython (whom she referred to as Lav) was fortunate to find Jean, a well-connected, educated young woman trained to be the ideal wife, hostess, and mother to his three young children: John, Elizabeth and Ada. Tragically his first wife, Blanche Ada nee Bray, had died in 1908 from the aftermath of Ada’s birth.

1913 was Jean’s first year as Lady Mayoress and her performance as wife and step-mother was carefully monitored by the matrons of Adelaide. However the newspapers of the time, glowingly reported that the ‘Baby Mayoress’ and her husband were celebrated guests at all the worthy occasions. The Adelaide social scene was an extravagant merry-go-round of fundraising dinners, costume balls, week-end house parties, and race meetings - all requiring elegant attire. Women’s outfits were described in detail in the ‘gossip’ columns of the day.

During her ‘dancing years’ she presented her ‘Lav’ with two sons and a daughter: Warren, Katherine and Kym. While arranging their busy lives between the family home ‘Carhayes’, their holiday home ‘Eurilla’ at Mt. Lofty and later at their Victorian gothic ‘St Corantyn’ where they frequently entertained, Jean Bonython composed her Verses – a routine she started at age 10 and continued her whole life.

Early in her marriage she became involved in many worthy groups, firstly with the Halifax Street Free Kindergarten, which was later named the Keith Sheridan Kindergarten (President 1925-71). In 1924 she was a committee member of the South Australian Kindergarten Union becoming chairman of the executive 1933-52. Concerned by the ill treatment of animals she embraced the RSPCA then in 1925 she became engaged with the worthy District and Bush Nursing Society.

Her fundraising and organising skills became legendary. John’s second term as the Lord Mayor of Adelaide (1927-30) saw the energetic Jean take on some grand projects. Over one week in 1929 she arranged three mayoral balls and entertained 6,500 guests at the Victoria Park Racecourse. The flamboyant Rear-Admiral E.R.G.R. Evans, Commander of the Australian Naval Squadron, and his officers were the honoured guests at the Mayoral Garden Party. Evans had been Captain Scott’s second-in-command in the heroic but tragic British Antarctic Expedition 1910.

In 1929 the Bonython family newspaper, The Advertiser, was sold, enabling Lord Mayor John Lavington Bonython to devote his considerable energies to the Adelaide City Council who were confronting the Depression. In the early part of the century there was no Government sponsored welfare and people had to rely on charitable organisations and philanthropy. Charities were soon stretched to breaking point and a widespread lack of money put fund-raising projects in jeopardy. Adelaide, like all Australian cities, had its share of squalid substandard housing and when people lost their jobs, hunger, poor health, and violence followed.

John set up the ‘Lord Mayor’s Unemployment Relief Fund’ to provide for destitute families. Jean shopped for women and children’s clothing and enlisted donations of used clothing and blankets from women’s groups across the State. Her committee of women and the Salvation Army distributed the goods to the most distressed. Wherever she could, she sought practical solutions to the ever growing social crises.

A sense of duty inherited from her parents saw Jean serve on 25 committees through the depression years. Her involvement in the Mother and Babies Association saw hundreds of clinics open up across the state to teach young women how to care for their babies. “I brought up my own children with the help of the School of Mothers, took them in the pram, had them weighed and everything. It is extraordinary how ignorant mothers can be.”

Lady Mawson, President of the Mother and Babies Association 1942-49 and wife of the Antartic explorer, was the instigator of the mobile clinic. With the State Government’s support, the Mother and Babies Association commissioned a fitted-out railway carriage to travel to outlying regions of the State. On its 1,000 mile circuit, a Sister-in-charge was aboard to weigh babies, dispense treatment and advice to needy mothers.

In 1931 Jean joined the committee of the Queen Victoria Maternity Hospital in Rose Park. The hospitals were severely underfunded and the hard working members were requested to provide all manner of items for the comfort of both patients and staff. The committee was asked to provide an adequate diet for the many starving pregnant women and nursing mothers under their care. Using her influence with the State Government, Jean requested that a ration of milk and nourishing food be provided for these impoverished women. The food parcels were to be accessed through the Mothers and Babies Association’s clinics.

The first free kindergarten was founded in Woolloomooloo, NSW in 1895 by feminist philanthropist Maybanke Anderson and she became the inaugural president of the first Free Kindergarten Union.

The Union was instituted in South Australia in 1905 by the Reverend Bertram Hawker and Jean’s mother-in-law Lady Langham Bonython was a founding vice-president. The aim of the Kindergarten Union was to provide education to the community’s most disadvantaged children. Supported by charitable donations and family fund raising efforts these kindergartens had been established in the poorer areas of the city.

Jean, as vice-president, worked tirelessly to keep the nine Adelaide kindergartens open during the depression. She believed that the children were learning to make a valuable contribution to society; to prepare a simple meal, to understand nutrition, hygiene and manners. Their little fingers and brains were being stimulated with Montessori learning toys.

The growth of the kindergarten movement throughout the country also provided educated middleclass young women with rewarding careers in teaching and administration.

When her ‘Lav’ died in 1960 after 48 years together, Jean carried on her many good works from ‘Eurilla’. She collated her memories for ‘I’m No Lady’ which was published posthumously by her son Warren in 1981. Her last years were touched by ill health after a debilitating stroke. She died in 1977 aged 86.

Over the years she had tirelessly met and entertained the regal, the famous and the celebrated of the day. Elegantly attired, both as the Lady Mayoress, and later as convenor of her multiple committees; she gave speeches, radio interviews, opened debutante balls, art exhibitions, flower shows and fashion shows – graciously adding words of support although her opinions, formed by privilege, meant she wasn’t always politically correct and occasionally had to retract an off-the-cuff remark.

Her pursuits were vast; poetry, reading, music, walking in her beloved hills, attending the theatre, collecting art works, her extended family and her cats - alive and porcelain. She was a lover of beauty, especially flowers and was renowned for her magnificent floral arrangements.  Jean writes in her memoirs that one of her proudest achievements was the organisation of the Floral Festival in 1936 which was an integral part of the South Australian Centenary Celebrations and helped restore the State after the depression years. Jean was one of two women chosen to serve on the Centenary Committee. In 1952 the Belair Kindergarten was named after her. In 1954 Jean was awarded an O.B.E. In 1966 Adelaide’s Torrens House Mothercraft Hospital named its Jean Bonython Wing.

Above all she was a generous woman – with her time, her networks, and her talents. Her enterprise improved the lot for many South Australian women. Jean and many of her early 20th century contemporaries – educated, cultured women from a privilege class - were the backbone of the great Australian charities. Their very presence could raise money. Doyennes of society like Melbourne’s Dame Edith Murdoch and Dame Mabel Brookes, Sydney’s Lady Mary Fairfax and Adelaide’s Lady Constance Jean Bonython. The Bonython name lives on in Adelaide through the generosity of this remarkable family. 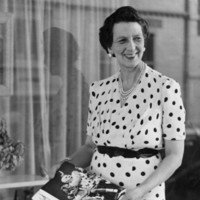 Image courtesy of the State Library of South Australia, SLSA: B68402, Public Domain