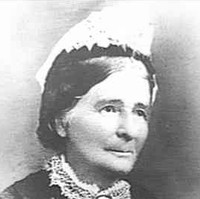 Julia Warren Farr (nee Ord) was born at Greensted Hall in Essex, England. She was one of seven children of Major Sir Robert Hutchinson Ord and Elizabeth Ord.
1846

Julia Ord became engaged to George Henry Farr at the age of 18, but did not marry him for another three years. This was due to opposition to the match by Julia's family, who were wealthy Plymouth Brethren and did not wish to see her betrothed to an impoverished Church of England minister.
1854

Julia Farr accompanied her husband, their daughter Eleanora, George Farr's stepsister Edith Bayley, and a maid to South Australia aboard the vessel 'Daylesford'. The decision to move to Adelaide was precipitated in part by Julia's health, which was detrimentally affected by Cornwall's cold, damp climate.
1854

Farr was responsible for running the boarding school that housed students attending the Collegiate School of St. Peter. In this capacity, she was also responsible for supervising the dairy and poultry used to supply the school's kitchen.
1860

Farr organised a committee of Anglican men and women to establish a home where parent-less girls could live in safety, learn skills and find employment.
1878

Saddened by the condition of individuals confined to Adelaide's Destitute Asylum with incurable diseases and physical disabilities, Farr rallied medical and philanthropic friends to establish the Home for Incurables at Fullarton. The home's name has since been changed to the Julia Farr Centre.
1914

Julia Farr was born on 14th August 1824 at Greensted Hall in Essex, one of seven children of Major Sir Robert Hutchinson Ord of the Royal Artillery and his wife Elizabeth (née Blagrave). She was quite young when her parents died and she and her brothers and sisters went to live with their uncle. She became engaged to Reverend George Henry Farr, Vicar of St. Wenn’s Church in Cornwall, when she was 18 but they did not marry until she was 22, there being great opposition to the match because the Ords were Plymouth Brethen and her uncle did not think it right for her to engage herself to an impoverished Church of England minister.

They were married in February 1846 but the damp climate of Cornwall caused grave concern for Julia’s health and her husband was advised that the only way of prolonging her life was to move to a drier climate. In Adelaide, Bishop Short was seeking a headmaster for St. Peter’s College and George Farr applied for the post. They sailed on the Daylesford in April 1854, accompanied by their six-year-old daughter Eleanora, George’s stepsister Edith Bayley, and a maid. The four-month voyage included an out-break of measles among the children and a near catastrophe when the captain missed the entrance to St. Vincent Gulf and almost ran his ship aground at the Murray mouth.

When they finally reached Port Adelaide, George was met by the health officer and taken to St. Peter’s College, while the women were left to travel up to Adelaide on an open two-wheeled Port cart and stayed the night at an hotel in Hindley Street. The next day being Sunday, they all walked to the College in time for a service at 11 a.m.

There were 31 boarders at the school in 1854 and Julia took over the running of the boarding school, supervising the dairy and the poultry with the help of her good Cornish maid.

As the children grew older and increased in number, the Farrs felt the need of a holiday house. A property near Tea Tree Gully was purchased and a small stone house was built, which they named ‘Brightlands’. It used to take about four hours to travel the twelve miles in a bullock dray, taking with them the cow, the parrot, the school nurse and any of the boarders who were not able to return to their own homes.

In 1860, being saddened by the plight of the girls in the Destitute Asylum, Julia Farr gathered a committee of like-minded women with the object of providing these girls with a home and training them towards earning their own living. The Orphan Home, Adelaide, was begun on her birthday, August 14th, and the annual general meetings were thereafter held on that date. It started in premises in Carrington Street but later moved to a more suitable site at 588 Fullarton Road, Mitcham. In 1935, long after Julia Farr’s death, it was decided that the Orphan Home should be named Farr House. Her place on the committee had been taken over by her daughter Julia and later by her granddaughter Mary Clift and then by her great-granddaughter Joan Clift.

George Farr retired from the College in 1878 and became the incumbent of St. Luke’s in Whitmore Square. Julia still had plenty of parish work but her children had grown up and she turned her energies to planning a home for those suffering from physical disabilities. The first committee was founded in 1878 and a house purchased in Fisher Street, Fullarton, where the home still stands. When the demand for accommodation grew, more buildings were added and in 1906, when Julia was 82, she was given the honour of laying the foundation stone of a new wing. For more than a century the home was known by the rather harsh name of the Home for Incurables but in 1981 was renamed the Julia Farr Centre.

Julia Farr, from being a rather delicate young woman, regained her health in Australia and reared seven children. She was well read, had a quick clear brain and a power of terse, easy expression. She died on 21st April 1914 and was buried with her husband at North Road Cemetery. 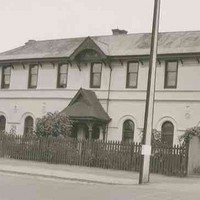 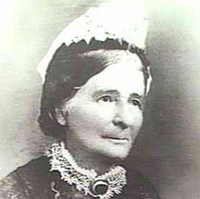 Son of Thomas Wallis Farr and Elain Joy Farr also knowen as Tom and Rene. Mum was a Winstone. Also had family in Albany.