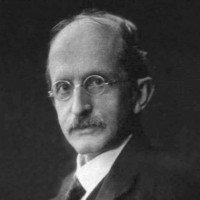 John McConnell Black was born on 28th April 1855 in Wigtown, Scotland, the son of procurator fiscal and banker George Couper Black and his wife Ellen (née Barham). Educated at Wigtown Grammar School, the Edinburgh Academy and Taunton College School, as well as in Germany, he worked briefly in banking before emigrating with his family to South Australia in 1877. Aspiring to be a farmer, he bought two scrub blocks at Baroota, near Port Pirie, but, lacking experience, laboured unsuccessfully for five years before abandoning the property. He discovered, however, an interest in plants and Aboriginal languages.

On 11th September 1879 he married Alice Denford and they had four children. Black was attracted to journalism and, drawing upon his skill in English and foreign languages, became a reporter with the Register and later a senior reporter and respected editorialist with the Advertiser. He also worked as a sessional Hansard reporter for the House of Assembly from 1884 until 1928.

An accomplished linguist, speaking French, Welsh, Russian, Spanish, German and Arabic, he reprimanded his grandchildren in French and spoke to his dog in Spanish. His grandchildren remember him as a small, dark man with a bald head and twinkling eyes behind his glasses, quite unlike his younger Byronic appearance. He was amusing and tolerant and always passionate about languages and botany. His residence was often full of visitors, relations and friends, especially Adelaide botanists and academics.

In 1903 he and his wife toured Great Britain, Europe and South America, and on his return he devoted himself to botany. Finding that exotic grasses and other weeds growing near towns had never been adequately recorded, he compiled in 1909 The Naturalised Flora of South Australia, illustrated with his own line-drawings. It was indicative of his fascination with and meticulous approach to botany, which enabled him to become the best systematic botanist in the state for almost 50 years. Between 1915 and 1920 he published three papers on Aboriginal languages, recording them in The International Phonetic Alphabet. He was able to pursue his scientific interests largely because of two family legacies, one of them from his sister Helen, who had married Richard D’Oyly Carte, of Gilbert and Sullivan fame.

In 1920 Black was asked by the South Australian branch of the British Science Guild to begin work on The Flora of South Australia. This was published in four parts between 1922 and 1929 and included 2,430 species, both indigenous and naturalized. It proved indispensable to professional and lay botanists and remains the most authoritative work on the state’s flora. Black worked largely with his own herbarium, later bequeathed to the University of Adelaide, and his specimens were richly annotated with commentaries and sketches. In 1939, at the age of 84, he began preparing the second edition of the Flora, publishing Part 1 in 1943 and Part 2 in 1948. Part 3 was published in 1952 after his death.

J.M. Black received many honours for his botanical research. He was Honorary Lecturer in systematic botany at the University of Adelaide (1927), Associate honoris causa of the Linnaean Society, London (1930), and President of the Royal Society of South Australia (1933-34), which also honoured him with the Sir John Verco Medal in 1930. He was presented with the Ferdinand von Mueller Memorial Medal by the Australian and New Zealand Association for the Advancement of Science (1932), the Natural History Medallion from the Field Naturalists’ Club of Victoria (1944) and the Clarke Memorial Medal from the Royal Society of New South Wales (1946). In 1942 he was awarded the M.B.E.

John McConnell Black died on 2nd December 1951 and was buried at Magill Cemetery. 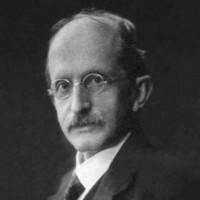 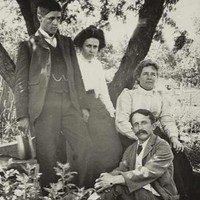 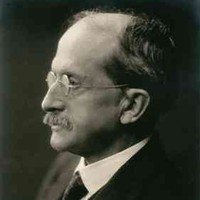