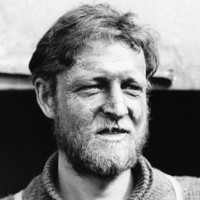 Cecil Thomas Madigan was born on 15th October 1889 at Renmark, South Australia, the son of fruitgrower Thomas Madigan and his wife Mary (née Finey), a teacher. He went to Adelaide Boys High School and Prince Alfred College and then to the University of Adelaide, where he studied mining engineering, graduating B.Sc. in 1910. A keen sportsman, he took up rowing and raced in the University eight, which won several championships. He was chosen as Rhodes Scholar in 1911 and went to Oxford University to study geology, but this was interrupted when he was asked by Douglas Mawson to be the meteorologist for the Australasian Antarctic Expedition.

They left Hobart in December 1911 on the S.Y. Aurora, commanded by Capt. Davis, and on 8th January 1912 reached Commonwealth Bay in Adelie Land, where they set up their main camp. Over the next twelve months several excursions were made by sledge into uncharted parts of Adelie Land and King George V Land, with Madigan leading a number of them, including the Eastern Expedition in the summer of 1912-13, which collected important information about the ice and discovered a coal-bearing rock formation. When the Aurora arrived to collect them, Mawson’s party had not returned from its Far Eastern trek and Captain Davis was forced to sail due to deteriorating weather. A relief party, with Madigan in command, remained to wait for Mawson and was forced to wait another twelve months for the ship  to return.

They finally reached Adelaide in February 1914 and Madigan was awarded the King’s Polar Medal. He returned to Oxford, but his studies were interrupted again, this time by World War I. He joined the Royal Engineers and served in France, seeing action at the battles of Loos, where he was wounded, and the Somme. He rose to the rank of captain and was twice mentioned in dispatches. He married Wynnis Wollaston, in London, on 20th August 1915, and they had five children.

After the war Madigan returned to Oxford, taking first-class honours in geology. He then spent a year as Assistant Government Geologist in the Sudan in 1920, mapping well-sites and determining new well locations. Returning to Adelaide, he was appointed Lecturer in Geology at the University of Adelaide in 1922, a position he held until his death. He made a significant contribution to the geology of Fleurieu Peninsula in South Australia and the MacDonnell Ranges in the Northern Territory. His book Central Australia (1936) covers his work in the latter region. During this time he pioneered the use of aircraft for scientific reconnaissance and photography.

In 1939 Madigan organized a crossing of the Simpson Desert with nine men and nineteen camels. They left Marree on 25th May and proceeded via Charlotte Waters and Andado to the junction of the Hale and the Todd Rivers, then turned east across the centre of the desert to reach Birdsville on 6th July. It was not, in Madigan’s view, an expedition of enormous moment, but the mystery of the sand ridges, the planning and the physical effort involved attracted him greatly. His expeditionary work was hampered by lack of basic data, particularly maps, but his capacity for organization and survival in extreme conditions more than compensated for this. It was the last classic Australian exploration adventure, vividly described in his book Crossing the Dead Heart (1946).

When World War II was declared, Madigan was asked to develop a School of Military Engineering in Liverpool, New South Wales, and was promoted to lieutenant-colonel. On retiring from the army in 1943, he returned to continue teaching at the University of Adelaide. He was President of the Royal Society of South Australia in 1936 and was awarded its Verco Medal in 1945.

Cecil Madigan died on 14th January 1947 and was buried at Centennial Park Cemetery.

This entry was first published in S.A.’s Greats: The men and women of the North Terrace plaques, edited by John Healey (Historical Society of South Australia Inc., 2001) 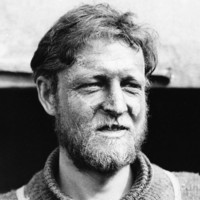 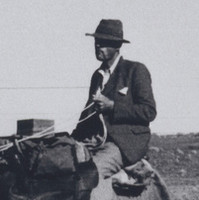 Cecil Thomas Madigan rides a camel during his expedition to the Simpson Desert, 1939

Image courtesy of the State Library of South Australia, SLSA: B 20364, Public Domain

I would really like to know if any notes exist about the work CT Madigan did at The Granites and Tennant Creek in 1932 and if they are located in any archives. Does anyone know?

Hi Kate, I believe the State Library of South Australia has a diary and notebooks belonging to CT Madigan, as well as footage of his 1939 Simpson expedition. You can search their catalogue online - https://www.catalog.slsa.sa.gov.au/

2/3/21
My father , whilst working on a sheep station, photographed C.T. Madigan’s research plane in Oodnadatta in 1927. The photo shows three people next to the plane . I have the original photo. Would this photo interest the SA History Hub ?

We'd love to see it Brenda. You can get in touch through the Contact us at the bottom of this page, or e-mail sahistoryhub@history.sa.gov.au

Great Catherine.
Do you have a postal address that I could post the photos to ? Regards, Brenda

You can send them to us at the History Trust Brenda - https://history.sa.gov.au/contact/