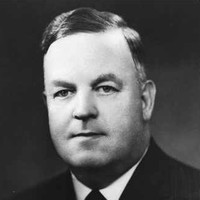 Arnold Edwin Victor Richardson was born in Thebarton, South Australia, on 12th September 1883, the son of ironfounder George Edwin Richardson and his wife Louisa (née Mansfield). He was educated at Currie Street Public School and Roseworthy Agricultural College, where he obtained a first class diploma in 1902. He then studied at the University of Adelaide, graduating B.A. in 1907, B.Sc. in 1908 and M.A. in 1910. He completed his formal education in 1924 when he received the first Doctor of Science degree awarded in agriculture by the University of Melbourne.

On 30th September 1909 he married composer and singer Lilian Moonta Lucas. In the same year he began a remarkable and distinguished career in agricultural science when he was appointed Assistant Director of Agriculture in South Australia. In 1911 he joined the Victorian Department of Agriculture, where he served as Superintendent. During his time there he consolidated the department’s work in three main areas, the central research farm at Werribee, the experimental farm at Rutherglen and Longerenong Agricultural College. At the latter Richardson was responsible for the introduction of improved cultivation methods in wheat farming, and his book, Wheat and its Cultivation, became a standard text on the subject. In 1918 he visited the United States and Canada on behalf of the Victorian Government to study agricultural research and education and on his return was appointed first Dean of the Faculty and Director of the School of Agriculture at the University of Melbourne, holding these positions as well as his post at the department.

When the Waite Agricultural Research Institute was established in 1924 at Urrbrae by the University of Adelaide, Richardson was appointed as its first Director. He took the view that research work involved the patient and painstaking examination of agricultural problems. This allowed him to link the programme at the Waite Institute directly to the experiences of farmers, enabling them to see scientific research as a direct benefit in improving their results. In addition, Richardson’s skills in communication allowed him to successfully promote the new Institute and gain the support that was necessary to establish a strong reputation for it at all levels of the community. In 1938 he became Deputy Chief Executive Officer of the Council for Scientific and Industrial Research and returned to Victoria. In 1946 he was appointed Chief Executive Officer, retiring in 1949.

Richardson’s main legacy to science lies in his original work on the water requirements of Australian farm crops and on wheat and wheat breeding. But in South Australia he is best remembered for his successful establishment of the Waite Institute and the building of a secure foundation for the national and international reputation that it enjoys today. Richardson was regularly described as a genial man, big in stature and mind, who was well-liked and had many friends. He achieved the highest regard from his fellow scientists, members of the farming community and his staff and colleagues.

A life such as Richardson’s inevitably attracted honours and acclaim from many areas, one of the most notable being his appointment as C.M.G. in 1938. He was also the first President of the Australian Institute of Agricultural Science in 1935-36 and President of the Australian and New Zealand Association for the Advancement of Science in 1947-49. He died on 5th December 1949 in Melbourne and was cremated. In 1977 the A.E.V. Richardson Laboratory at the Waite Institute was named in his honour. 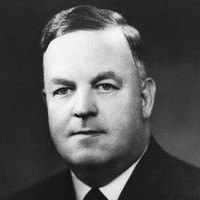 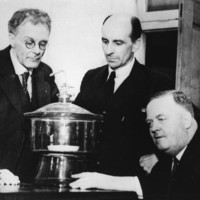