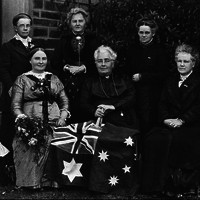 The South Australian Branch of the Woman’s Christian Temperance Union (WCTU) was formed in April 1886 following the visit of Mary Clement Leavitt, an American World Missionary of the international WCTU. By 1889 membership had grown to more than 1100, organised in 23 local unions across city and country areas. Attracting strong support from Nonconformist middle-class women, the organisation campaigned against the liquor trade. Members’ belief in ‘Woman’s Mission’ – that of making society more moral – drove them into many areas of life and many campaigns. Alcoholism was the first target as it led to violence, including sexual violence, against women and children, and to family poverty. By 1899 the WCTU had 39 different departments, including Aborigines, factories, legislation and petitions, narcotics, peace and arbitration, prison work, pure literature and art, suffrage, unfermented wine and work among barmaids.

Members gained skills in meeting procedure, management, public speaking and political lobbying. The WCTU endorsed women’s suffrage at its 1889 convention. Led by Elizabeth Nicholls, it collected some 8000 of the 11 000 signatures on the pro-suffrage petition presented to parliament in 1894 and played a crucial part in the winning of women’s suffrage in that year.

The WCTU joined with other women’s organisations on issues such as the need for women justices of the peace (achieved 1915), and campaigned for the banning of barmaids, 6 o’clock closing (introduced 1915) and local option polls, which allowed people a vote on the opening of a hotel in their district. Between 1907 and 1975 the WCTU’s headquarters were a hall and residence in Wakefield Street. In 1911 Willard Hall, for large meetings, and Willard Guest House, to provide respectable city accommodation, were opened. They were named after Frances Willard, the WCTU’s American founder.

By 1922 the WCTU had 3040 members and 114 local branches. In 1936 members demonstrated for the retention of 6 o’clock closing with a famous ‘suitcase parade’ and again in 1938 with an umbrella parade, when women demonstrated with placards on their cases and handbags or umbrellas. A state convention in 1937 urged the federal government to grant equal citizenship rights to Aboriginal people. The union helped form the South Australian Joint Committee for Equal Pay (1940–72). Keen to see women in parliament, Bessie Mountford and general secretary Ada Bromham contested state seats as independents in 1941.

From the 1960s, with changing ideas about women’s social role, the decline in the social importance of religion and more liberal attitudes towards alcohol, the WCTU’s influence and membership have waned. Indeed, the WCTU moved from Willard House in Wakefield Street to Hutt Street, Adelaide and then in a symbolic move away from the centre to its present location at Cowandilla. 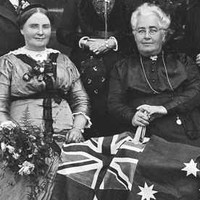 Courtesy of the State Library of South Australia, SLSA: B 56731. Public domain 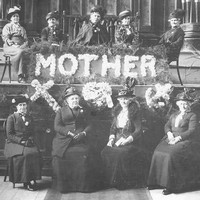 Related to :
Temperance
Associated with:
Suffrage 125