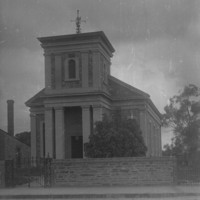 The Presbytery of South Australia is formed

The three branches of Presbyterianism (led by Ralph Drummond, Robert Haining and John Gardner) unite to form the Presbytery of South Australia.
1872

The Presbyterians joined with the Baptists, Congregationalists and later the Methodists to form Union College, which offered lectures in religious and secular subjects.
1886

Reorganisation of the Presbytery

The church is reorganised into three presbyteries with the General Assembly as the supreme governing body.
1901

The General Assembly of Australia is formed

The General Assembly of Australia, a national Presbyterian federation is formed and assumes responsibility for some functions such as Aboriginal and overseas missions, while the state assemblies maintain their own identities.
1919

This is a story of strength in weakness. Scotish migrants brought their religious differences with them to South Australia. Between 1839 and 1851 three varieties of Presbyterianism were established in the colony, led by Ralph Drummond, Robert Haining and John Gardner, all Scotish ministers. The three branches united in 1865 to form the Presbytery of South Australia. In 1886 the church reorganised into three presbyteries with the General Assembly as the supreme governing body.  The General Assembly of Australia, a national Presbyterian federation formed in 1901, assumed responsibility for some functions, particularly Aboriginal and overseas missions, while the state assemblies maintained their own identities.

Throughout South Australia’s history Presbyterians have been a scattered minority of the population, beset by the problems of small congregations with insufficient means. Deprived of Presbyterian services because of the shortage of ministers and failure to encourage lay preachers, many members joined other denominations. The congregations in the South East were stronger but from 1863 to 1950 they were part of the Presbyterian Church of Victoria. To cope with financial and personnel problems, the South Australian church was closely affiliated with and subsidised by its larger Victorian neighbour from 1925 to 1967.

Nevertheless, there have been some notable achievements. For 40 years from 1882 South Australia paid the salary and expenses of a missionary (an ordained minister with elementary medical training) to the New Hebrides (Vanuatu). It then contributed to mission work elsewhere. In 1894 Rev. Robert Mitchell began the Smith of Dunesk Mission, based at Beltana, using money originally intended for Aboriginal missions. It combined an itinerant ministry with nursing hospitals and other welfare services to people, mainly white settlers, in the Far North. From this John Flynn developed the Australian Inland Mission (AIM) and Royal Flying Doctor Service. Since the establishment of Ernabella Mission in 1937, and on the insistence of Dr Charles Duguid, income from the Smith of Dunesk fund has been divided between the AIM and Ernabella.

Prompted by Rev. John Alfred Seymour and Professor Henry Darnley Naylor, lay members raised sufficient capital to establish Adelaide’s Scotch College (for boys) in 1919 and Presbyterian Girls College (now Seymour College) in 1922. In 1947 the General Assembly bought a small private hospital and land for expansion. This is now St Andrew’s Hospital. Homes for the aged were opened at Malvern, Goodwood and Elizabeth in the 1950s and 1960s.

Presbyterians have enjoyed friendly relations with other denomi-nations, notwithstanding an element of competition. The Baptists, Congregationalists and Presbyterians, later joined by the Methodists, formed Union College in 1872, offering lectures in religious and secular subjects. When Walter Watson Hughes, a Presbyterian layman, offered £20 000 to the college he was persuaded by James Lyall and other leading clergy to divert it to the founding of the University of Adelaide. Union College then concentrated on theological training until it closed in 1887. From 1913 until 1952 the same four denominations ran a joint mission to residents along the railway to Kalgoorlie in Western Australia, and (without the Baptists) to Marree in the Far North, from 1945 until 1968.

In 1956 Rev. John Priestley was instrumental in starting a committee for co-operation with the Baptist, Churches of Christ and Congregational Churches in new housing areas. A more formal agreement with the Methodists and Congregationalists led to the beginning of joint parishes in 1965. While there is still a Presbyterian Church of South Australia, most members took their heritage into the Uniting Church in 1977. 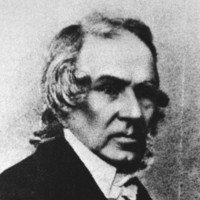 Image courtesy of the State Library of South Australia, SLSA: B 61685, Public Domain 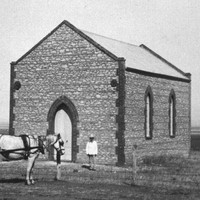 A man and horse and buggy stand outside an unidentified stone Presbyterian Church in rural South Australia, c. 1890.

Image courtesy of the State Library of South Australia, SLSA: B 61738, Public Domain 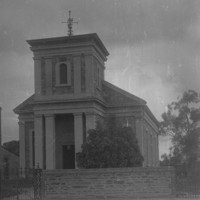 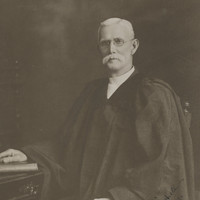 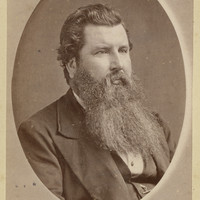 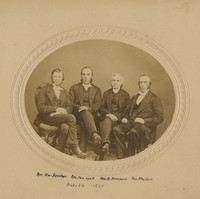 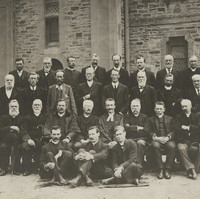 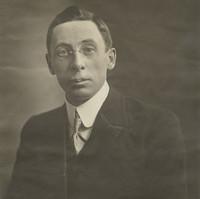 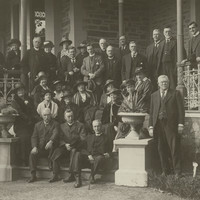 Scrimgeour, R.J., Some Scots were here: A history of the Presbyterian Church in South Australia 1839-1977 (Adelaide: Lutheran Publishing House, 1986).