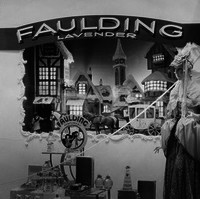 FH Faulding & Co. is established by Francis Hardy Faulding as a retail pharmacy on Rundle Street in Adelaide. He opened his doors on 19 May 1845 Faulding later takes Luther Scammell as a partner and the business prospers.
1868

As sole owner of the company, Scammell develops a chain of retail pharmacies, has a warehouse built on King William Street, and diversifies into winemaking.
1888

Direction of the company passes to Luther Scammell's sons Luther Robert Scammell and William Scammell. The Scammell brothers sell the retail operations and develop a series of successful products under the brand name 'Solyptol'.
1941 - 1945

During the Second World War, the company develops a cream to combat dermatitis in armament factories, and produces penicillin at a Thebarton-based laboratory.
1977

Sustained-release drug 'Eryc' (enteric-coated pellets of erythromycin) helps the company attain wide distribution of its products within the United States.

FH Faulding & Co., a multinational company with its corporate headquarters and major factory in suburban Adelaide, is Australia’s only national pharmaceutical wholesaler, and one of only three major Australian-owned pharmaceutical manufacturers.

The company began on 19 May 1845 when Francis Hardy Faulding opened a retail pharmacy in Rundle Street, Adelaide. He took Luther Scammell as partner and the business prospered, with Scammell becoming its owner following Faulding’s death in 1868. Scammell developed a chain of retail pharmacies, built a warehouse on King William Street and in 1876 diversified into winemaking. Luther’s sons, William and Luther Robert, acquired the business in 1888, selling the retail operations. Faulding developed several successful products under the Solyptol name. Its test for determining the eucalyptol content of eucalyptus oil became the industry standard and was included in the British Pharmacopoeia in 1893. FH Faulding & Co. became a private company in 1921.

Products developed by the company include ‘Barrier Cream’, formulated in late 1941 to counter dermatitis in armament factories, and penicillin produced at a bacteriological laboratory built at Thebarton in 1944. After the Second World War Faulding extended its product range and wholesaling activities, becoming a public company in September 1947. Faulding benefited from technology transfer with overseas companies in return for the Australian rights to their products.

The company’s most significant recent achievements have been the development of sustained-release drugs, with Eryc – enteric-coated pellets of erythromycin – it’s most notable success. Launched in Australia on 1 April 1977, this drug helped Faulding establish a bridgehead in the United States of America and in 1981 licensing and supply agreements were concluded with Warner Lambert. Faulding’s success spurred takeover bids subsequently. 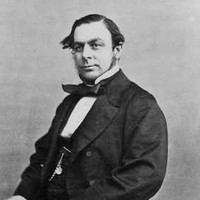 Image courtesy of the State Library of South Australia, SLSA: B3203, Public Domain 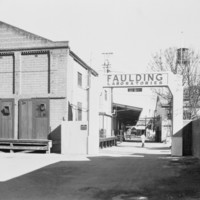 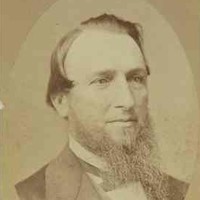 Image courtesy of the State Library of South Australia, SLSA: B 27867, Public Domain 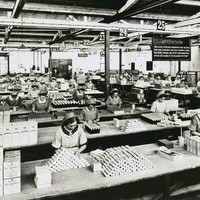 Image courtesy of the State Library of South Australia, SLSA: B 46121, Public Domain 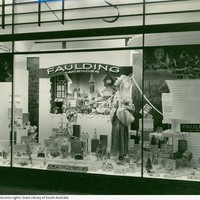 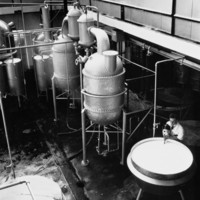 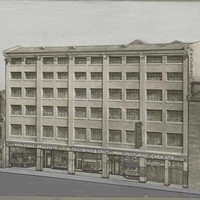 Image courtesy of the State Library of South Australia, SLSA: B 72756, Public Domain

I believe their current parent company still has headquarters in South Australia Rhonda, and they are listed as an Australian owned global company, but I'm not sure of the detailed breakdown in shareholders or ownership.

No problem at all John

Thank you Catherine , sorry I took so long to answer .

Best of luck with your search John, the sources section at the bottom of this article might point you at some further history.

my father came out from Ireland in 1947 because he thought his uncle was an industrial chemist for Faulding . I know he did not find him but I hope I can .