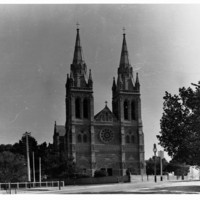 Until the 1980s the Anglican Church (formerly the Church of England) was the largest religious denomination in South Australia and shaped South Australian society in several ways. Anglicans have been active in educational and philanthropic work for the whole community. Through its fee-paying schools the church has played an important role in educating the children of the upper classes, so that the ‘establishment’ has had a distinctly Anglican flavour. To meet new needs, since the 1980s the church has founded several low-fee schools in Adelaide’s outer suburbs. Many Anglicans have been prominent in political life, charitable work community organisations and in the professions of law and medicine. Politically the Anglican leadership and the majority of lay people have tended to be conservative and loyal to the English connection, though there has been a continuous minority tradition of social radicalism. Anglican moderation and pragmatism have tended to soften the crusades against liquor and gambling pursued by the more militant Protestant churches.

The first Anglican institution in the colony was the South Australian Church Society, formed by members of the established church in England in 1834 to raise money for church buildings and clergymen in the new province. The first clergyman, Charles Beaumont Howard, an Irish evangelical, was appointed in 1836 to the government post of colonial chaplain, and the first church building, (Holy) Trinity Church in North Terrace, Adelaide, was opened in 1838. While the diocese of Adelaide, founded in 1847, initially encompassed South Australia and Western Australia, its area was reduced by the formation of the dioceses of Perth (1856), Willochra in the Mid North (1915) and The Murray (1970).

The first bishop of Adelaide, Augustus Short, served from 1847 to 1881. He created a system of diocesan self-government through a synod (1855) and an administration that enabled the church to become financially self-supporting after the government withdrew aid to religion in 1851. He turned an existing proprietary school into an influential Anglican secondary school for boys, St Peter’s College, began the building of St Peter’s Cathedral (1869) and founded St Barnabas’ Theological College (1880). His successors carried on the structures that he had initiated and began institutions to meet new needs.

While Anglicans were a majority of the South Australian population in the early years, from the 1870s their proportion was lower than elsewhere in Australia. Among regular churchgoers, especially in rural districts, they were always outnumbered by Methodists. In this strongly Protestant environment the prevailing style of Anglican teaching and worship tended to be ‘high’ rather than ‘low’, with an emphasis on the distinctive identity of Anglicanism. Evangelicals, who had been well represented among the early clergy, eventually became a small minority.

During the twentieth century a moderate Anglo-Catholicism became influential in the South Australia church. Following the Second World War Anglican numbers were reinforced by immigration from England and many new parishes were created. Since the 1970s the church has liberalised on many issues and theologically has become more diverse. In 1978 St Barnabas’ College joined with the Catholic and Uniting Church theological colleges in founding the interdenominational Adelaide College of Divinity which awarded degrees from Flinders University, but in 2010 it withdrew from this consortium and affiliated with Charles Sturt University. The various Anglican social welfare agencies and institutions that had been founded since 1860 were gradually coordinated, then brought into one organisation, since 1997 under the name of Anglicare SA. Women were first ordained to the priesthood in Adelaide in 1992 and Willochra in 1997. In The Murray diocese a conservative Anglo-Catholic tradition remains dominant. In Adelaide evangelicals have grown in numbers and influence.

During the 1990s the South Australian church was shaken by numerous allegations of sexual abuse and misconduct by clergy and church workers. As part of a national response, each diocese in Australia developed structures and protocols to deal with such claims. To fund compensation to victims of abuse, the diocese of Adelaide was compelled to borrow a large amount of money and, for a time, curtailed many diocesan activities.

At the 2011 census Anglicans, mostly people of English background, comprised 12.6% of the population of South Australia; about 5% of them are regular churchgoers. 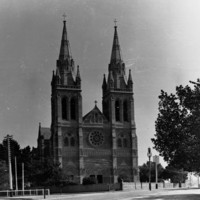 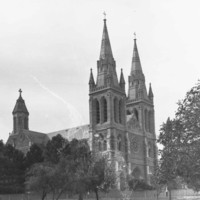 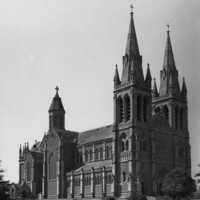 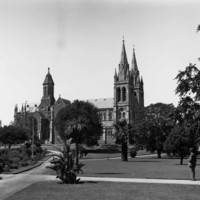 Hi Jonathan, I would start with the Anglican Archives and see if they hold the records you're looking for - https://adelaideanglicans.com/ministry-support/archives/
Best of luck with your research.

Scarfe, Janet, ‘The Diocese of Adelaide (and the West)’ in Colonial Tractarians: The Oxford movement in Australia, ed. Brian Porter (Melbourne: Joint Board of Christian Education, 1989), pp75–104