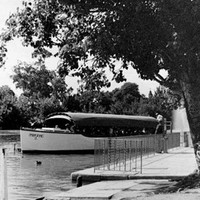 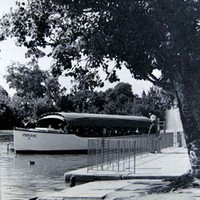 The first Popeye was built on the banks of the Torrens by Gordon Watts. It was 7.6m long, made of jarrah, and could hold up to 20 people.
1948 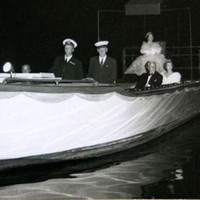 Popeye 5 was converted into a Royal barge for Queen Elizabeth II and Prince Phillip during their visit to Adelaide in March 1977. 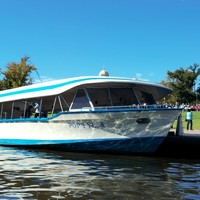 Commencing at Elder Park, Popeye travels on the River Torrens under Victoria Bridge to the Torrens Weir before turning and gliding back past the Festival Centre, under City Bridge and University Footbridge before docking at the Adelaide Zoo wharf by Albert Bridge.

The boats are privately owned recreational ferries. The first Popeye was built on the banks of the Torrens by Gordon Watts and launched in 1935. It was 7.6m long, made of jarrah, and could hold up to 20 people. Captain Watts named the boat because of the cartoon character (Australian Women’s Weekly, 19 November 1958, p32). Popeye the Sailor was even a character in Adelaide's annual Christmas pageant (Advertiser).

Popeye became very popular very quickly. As well as being a ferry between Elder Park and the zoo, it could be hired for weddings and other events.

The service expanded to meet demand. In 1948 Watts converted a Glenelg cruise boat for Popeye 2. The next three boats, Popeye 3 to Popeye 5, were made at Port Adelaide between 1949 and 1951. They were also jarrah hulled and could hold up to 40 people each.

Watts skippered the boats until March 1962, when the business was sold to Keith and Elma Altmann. Keith Altmann had been working in petrol stations and did not know much about boats but on his first day as the boat owner he drove a Popeye during the Festival of Arts. Altmann later expanded operations to include the hiring of more paddle boats on the Torrens: in 1933 Jolley’s Boathouse near Altmann’s boatshed had 41 of these pleasure craft.

The boats could not be operated all year, however. Each winter the Adelaide City Council, which leased the boatshed and the right to use the river, would drain the lake and the river over several weeks. Operations were also affected for nine months in 1967 when the Morphett Street bridge was built and for a similar period, more recently, when a footbridge was being built to the Adelaide Oval.

Popeye 5 was converted into a Royal barge for Queen Elizabeth II and Prince Phillip during their visit to Adelaide in March 1977. As they motored along Torrens Lake a choir followed behind in Popeye 4.

Fibreglass boats, Popeye I, II and III, replaced the wooden ferries in 1982. Prime Minister Malcolm Fraser took the helm at the official launch. The new boats seat 80 passengers each.

The Popeye service received a SA Tourism Award in 1988. In 2001 it was recognised by the National Trust (South Australian Branch) as a ‘State Heritage Icon’. In 2011 Keith Altmann retired and sold the boats and paddle boats to Tony and Lidija Shuman.

My uncle Gordon who was my nanas brother built and ran popeye for many years. 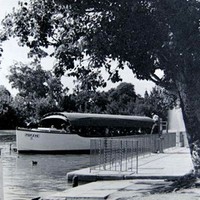 Old Popeye at the old wharf. 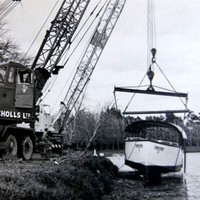 Using a crane to remove the old Popeye from the river. 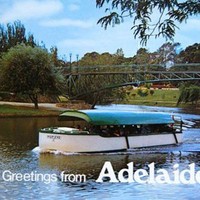 A popular postcard of the old Popeye. 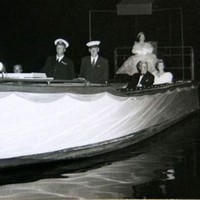 The 'convertible Popeye' used for the arrival of Her Majesty Queen Elizabeth II, 1977. 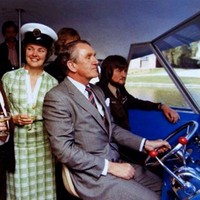 Former Prime Minister Malcolm Fraser at the helm of Popeye, 1982. 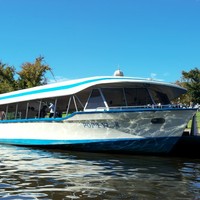