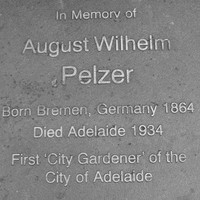 Landscape gardener and horticulturalist, August Wilhelm Pelzer (1862-1934) was appointed by the Adelaide City Council as 'City Gardener' in August 1899. By the time of his retirement in 1932 at the age of 70, Pelzer had done much to change the appearance and atmosphere of Adelaide. His landscape designs and plantings of particular types of trees, transformed many of the city’s streets, squares and parklands.

In 2001 the German Descendants Group of the South Australian German Association initiated moves to commemorate the life and work of August Wilhelm Pelzer. Their plaque in his honour is located on the eastern edge of a section of Prince Henry Gardens west of the War Memorial on the corner of North Terrace and Kintore Avenue, Adelaide. 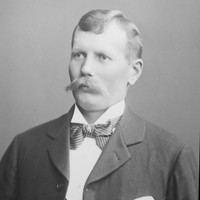 Courtesy City of Adelaide Archives. LSOO13. Not to be reproduced without permission. 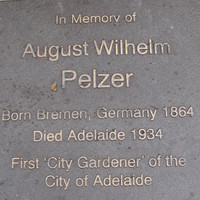 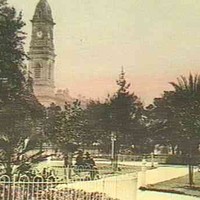 Image courtesy of the State Library of South Australia, SLSA: B 40237 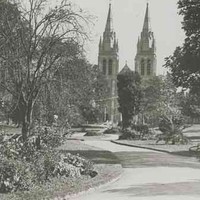 Image courtesy of the State Library of South Australia , SLSA: B28455 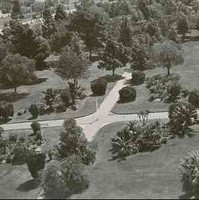 Image courtesy of the State Library of South Australia  SLSA:B 3516 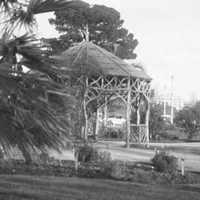 Image courtesy of the State Library of South Australia  SLSA: B4369