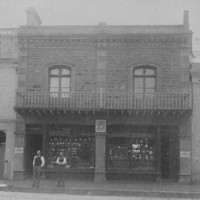 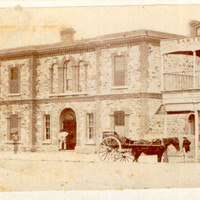 For over 20 years, Edwin and Alfred Sawtell provide accurate time to Port Adelaide residents and shipowners, and submit daily temperature and barometric data to local newspapers 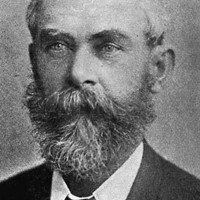 Edwin Sawtell establishes a new business in Adelaide, and ownership of the Nautical Optician shop passes to his son Alfred
1873 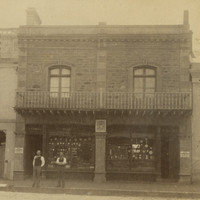 In the wake of Alfred Sawtell's sudden death, ownership of the Nautical Optician shop passes to his son, John Hemmons Sawtell
1906

John Hemmons accidentally starts a fire at his Nautical Optician shop. The blaze is extinguished, but damages or destroys property and equipment
1907

The Port Adelaide business known colloquially as Sawtell’s ‘Nautical Optician’ was founded in 1853 and specialised in the manufacture and repair of timepieces, spectacles and navigational instruments. Its co-founder and namesake, Edwin Sawtell, was the first optician and watchmaker in South Australia, and later went on to establish a well-known jewellers and optometry practice in Adelaide. Sawtell’s son and business partner, Alfred Edwin Sawtell, assumed sole ownership of the nautical optician shop in the 1860s and remained at its helm until his death in 1902. Alfred Sawtell’s son, John Hemmons Sawtell, operated it for an additional three decades but would ultimately prove the last proprietor of a family-owned business that spanned more than 80 years.

Edwin Sawtell was born in Bristol, England on 10 May 1817. Noting their son’s predisposition towards ‘making things’ from an early age, Sawtell’s parents apprenticed him to one of Bristol’s leading watchmakers in 1831. During his indenture he also learned to repair and rate ship chronometers and adjust scientific instruments. His apprenticeship completed, Sawtell worked for London-based timepiece manufacturer Messrs. Charles Taylor & Son, and operated a successful private business in Bristol in the 1840s. Lured by news of the discovery of the Victorian goldfields, he decided to move his family to Australia. The Sawtells departed for Melbourne in 1853, but disembarked at Port Adelaide (the voyage’s first Australian port-of-call) following a 138-day passage in an ‘ill-provisioned and prison-like’ ship.

After residing in Adelaide for a year, Sawtell and his family moved to the Port where he opened an optician and watchmaking business on North Parade. In a seemingly unorthodox arrangement, the business was co-founded, owned and operated by his twelve-year-old son Alfred Edwin Sawtell. The senior Sawtell put his vast knowledge of shipboard and meteorological instruments to good use and for the next eight years apprenticed his son in their manufacture and repair. Sawtell also took on other young men as apprentices, most notably University of Adelaide lecturer William Henry Bragg, who learned to operate a lathe under his expert guidance and was later awarded the 1915 Nobel Prize in Physics. The Sawtells’ ‘Nautical Optician’ shop carried an array of ship chronometers, barometers, thermometers, theodolites and compasses. It also sold drafting equipment and personal timepieces (such as pocket watches), as well as spectacles and other optical equipment.

In addition to the equipment and repair services provided by their shop, the Sawtells also benefitted the people of Port Adelaide and its surrounds by keeping accurate time. Prior to completion of the Government Observatory at Adelaide (1860) and time ball tower at Semaphore (1875), Edwin Sawtell and his son used a surveyor’s transit and astronomical clock to accurately calculate Greenwich Mean Time. They then relayed this information to vessels moored in the Port’s inner harbour so that their shipboard chronometers could be rated and corrected. An accurate chronometer was essential to nineteenth-century navigation, as it was perhaps the most important means by which longitude could be determined at sea. Edwin Sawtell also provided daily barometric and temperature data to local newspapers.

Changes in Location and Management

A decline in shipping to Port Adelaide during the late 1850s and early 1860s motivated Edwin Sawtell to open an optometry and jewellery business on Adelaide’s Rundle Street in 1862. Ownership and operation of the nautical optician shop subsequently transferred to Alfred Edwin Sawtell, who moved it from North Parade to new premises on Divett Street. The younger Sawtell significantly expanded and diversified the business, which soon boasted ‘one of the most extensive stocks of nautical instruments in the Commonwealth’. It was also one of the few officially sanctioned Australian purveyors of British Admiralty charts.

Reliable charts and other written navigational aids specific to South Australia were virtually unheard of in the mid-nineteenth century. Sawtell recognised the need for a comprehensive guide to the colony’s coastal waters and ports, and as a result compiled and published the first edition of Sawtell’s Nautical Almanac in 1873. The popular periodical was printed (often by Sawtell himself) at the nautical optician shop, and published annually until 1907. Sawtell also had a keen interest in astronomy and published a book on stellar navigation, Star Twinkles, in 1898. Like the Nautical Almanac, this volume was incredibly popular among seafarers, and found its way ‘into the hands of almost every shipmaster navigating the coasts of South Australia’.

Alfred Sawtell died suddenly at his home in Queenstown on 2 September 1902. His son, John Hemmons Sawtell, assumed control of the nautical optician business and continued to operate from the shop on Divett Street. On the night of 2 November 1906, Sawtell was repairing a liquid marine compass when he accidentally spilled some of the alcohol within it onto his workbench. The workbench and room were immediately set ablaze when a quantity of spilled alcohol was ignited by flame from a ‘gas jet’ (Bunsen burner) then in use. Sawtell was able to escape and inform the police and fire brigade, who rushed to the scene. Although firefighters successfully tackled the conflagration, the shop suffered extensive damage and several nautical instruments totalling £1100 were destroyed.

Perhaps as a consequence of the fire, John Sawtell decided to discontinue the nautical optician shop the following year. On 7 December 1907, the Advertiser announced that the entire ‘estate [and] whole of the Stock, Plant, and Goodwill of [the] Nautical Optician's Business, carried on by the Estate of the late A. E. Sawtell’ was to be sold at auction on 19 December. The business was to be auctioned in its entirety first; in the event it failed to find a buyer, all of the merchandise and equipment would then be ‘absolutely disposed of’ in auctioned lots. The copyright to Sawtell’s Nautical Almanac was included in the sale, but not a mandatory acquisition for those interested in purchasing the business.

The historical record is silent regarding the outcome of the auction, but the nautical optician shop did not remain at the Divett Street premises, nor does a new business appear to have commenced in the wake of its closure. A final reference to ‘John Sawtell, Nautical Optician’ appears in an article published in the 2 February 1909 edition of the Adelaide newspaper The Register. The article records the loss of the steamer Clan Ranald off Yorke Peninsula and features a map that depicts the vessel’s intended course and the approximate location where it foundered. Sawtell is credited with supplying the nautical chart on which the map was based.

The building that once housed Sawtell’s second nautical optician shop still stands and is currently used as a restaurant. It is located near the corner of Divett Street and Commercial Road. 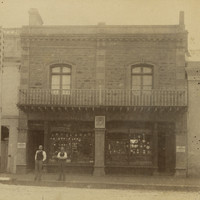 Image courtesy of the State Library of South Australia, SLSA: B 9039, Public Domain 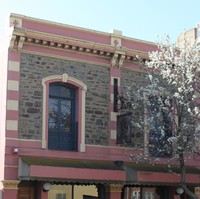 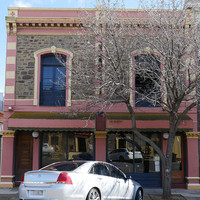 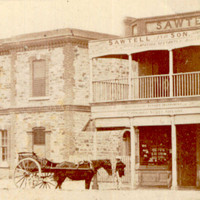 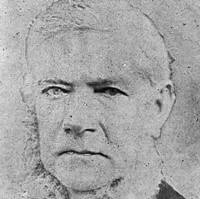 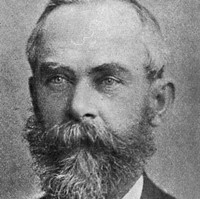 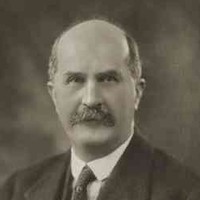 Sir William Henry Bragg, 1926. Bragg apprenticed under Edwin Sawtell while a lecturer at the University of Adelaide
Courtesy of/Photographer:Bassano

Image courtesy of the State Library of South Australia, SLSA: B 3991, Public Domain

Hi Joe,
You'd have to consult a specialist dealer for something like that. This list of Cultural Gift Program approved valuers might be a good place to start, even if you're not planning on donating it to anyone - https://www.arts.gov.au/documents/list-approved-valuers-cultural-gifts-p...

I have a key wind pocket watch with "SAWTELL & SON ADELAIDE" on the face and the number 9597 inside both the front and back covers. How would I date this?