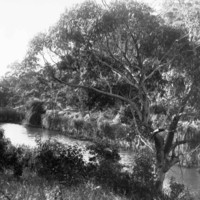 National parks are large reserves of national significance. In the nineteenth century some individuals, recognising that areas of scenic beauty and tranquillity throughout the world were fast disappearing, advocated the creation of such reserves to provide areas of recreation and meditation for the general population. In the twentieth century the emphasis changed to the conservation of flora, fauna, cultural sites and scenic beauty, for the enjoyment of people and for the preservation of nature. In the late twentieth century attitudes again changed. While conservation remains the highest priority, from the 1980s parks agencies broadened their scope to engage sustainable uses of parks, such as tourism, recreational activities, four-wheel driving and business concessions. Local communities embraced them as assets rather than as alien lands, and the agricultural community cooperated in managing the land.

The National Park at Belair, gazetted in 1891, was the second national park in Australia after Royal National Park near Sydney (1879) and the tenth national park in the world. From 1840 the area had been known as the Government Farm and used for agistment of cows owned by the Destitute Asylum, and police horses. It also included the summer residence of South Australian governors (built in 1858) and the Woods and Forests Nursery that supplied trees to the general public.

Following government moves to subdivide the area, in 1877 a strong and persistent campaign was launched to preserve the land as a national park for the people of South Australia. Walter Gooch, an Adelaide businessman and Belair resident, led the campaign and funded a petition to the South Australian parliament. He secured the support of the Adelaide Register, the City of Adelaide Council, the Field Naturalists section of the Royal Society of South Australia, and numerous prominent citizens. One of Gooch’s master achievements was a large picnic in the bushland valleys of Government Farm, where he addressed potential supporters and took them on a guided walk, expounding the area’s recreational values and natural beauty. His efforts received a boost in 1883 when the government legislated to prevent subdivision. The first chairman of the Board of Commissioners, appointed after the passing of the National Park Bill by the South Australian parliament in 1891, was Edwin Smith. The voluntary commissioners oversaw the development of the park into a combination of revenue-earning public facilities and wilderness areas.

Believing that the park at Belair was not sufficiently focused on the role of conservation, Samuel Dixon, one of the park’s founding commissioners, campaigned to have the western end of Kangaroo Island (which was and remains free of foxes and rabbits) set aside as a flora and fauna reserve. His long campaign was joined by prominent wilder-ness advocates, such as the botanist Edwin Ashby, the ornithologist Samuel White and others. In 1919 the Flinders Chase Flora and Fauna Reserve (Kangaroo Island) of 32 600 hectares became the state’s second national park.

In 1972 the state government took over management of these two parks and approximately 30 other reserves after the passing of the National Parks and Wildlife Act. The push for improved representation of bushland in the parks system and preservation of wildlife habitat then expanded rapidly into rural South Australia. Today there are a total of 21 123 000 hectares in the parks network, covering 21.5 per cent of the state’s land surface. These comprise 19 national parks, 217 conservation parks, 13 recreation parks, 10 game reserves, 7 regional (multi-use) reserves, and 51 conservation reserves. The Yurrebilla Park, which over the next 20 years will incorporate national parks and council, water, road and forestry reserves, was recently established by the South Australian government to provide a second generation of parklands beyond the city of Adelaide. 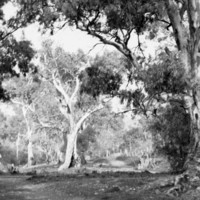 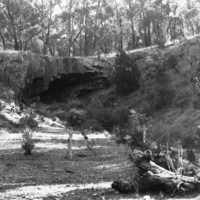 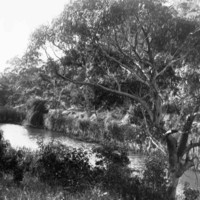 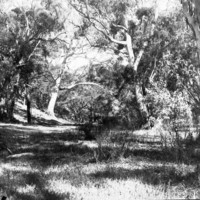 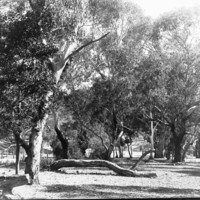 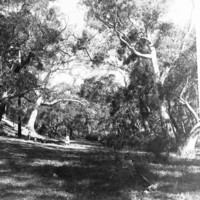 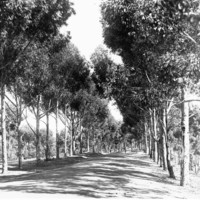 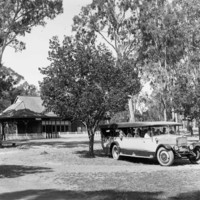 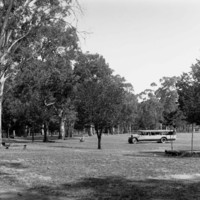 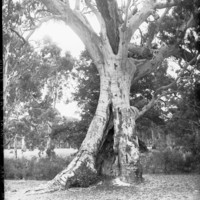 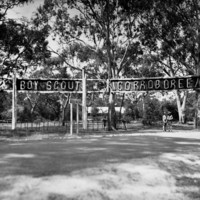 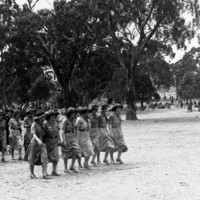 Thanks Sharyn,
If you have information on this you can click the 'add to' button at the top and contribute the information as a story that will be linked to this article. This piece was originally written for the ' The Wakefield companion to South Australian History', the author and publishers have generously allowed us to reproduce it here.

Sorry, that comment wasn't phrased very well. It does mention them but it would be nice to have a bit more about them as the park was partly about the preservation of the fauna and flora.

This doesn't mention the Field Naturalists at all who had a huge influence on the preservation of the National Park.

Cordes, Dene, The Park at Belair: a social history of the people whose struggles and vision gave South Australia the National Parks and Wildlife Service we cherish today (Belair: D Cordes, 1983)