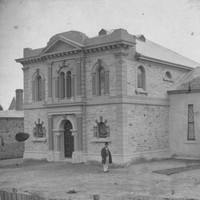 The Jewish contribution to South Australia began with the appointment in 1834 of Jacob Montefiore to the Colonization Commission. The first Jewish settler was possibly John Levey, who arrived in September 1836. He was followed two months later by Philip Lee, a licensed victualler who helped found the Adelaide Hebrew Congregation in 1848. Jewish colonists, mainly from England, established a synagogue in Adelaide in 1850, a cemetery in 1852 and religious classes in 1862.

Emmanuel Solomon was active in the early life of the colony and, in 1843, the South Australian Register praised him as a ‘patron of ... literary and philanthropic institutions’. Among such philanthropic organisations was the Adelaide Hebrew Philanthropic Society, established in 1852. While a large number of calls on limited resources led to its demise in the 1940s, its function had been probably assured by the Welfare Committee. Abraham Tobias Boas, trained in Amsterdam but resident in England from the age of 23, arrived in 1870 to serve as rabbi. With his arrival, the consecration of a new synagogue in 1871, and a population of 435, South Australian Jewry had developed the infrastructure required for survival. By 1891, the Jewish population had increased to 840. Throughout the nineteenth century, those identifying themselves as adherents of Judaism hovered around 0.25% of the colony’s population, but their influence easily outweighed their numbers. Jewish pastoralists played significant roles, among them Gabriel Bennett, founder of pastoral company Bennett & Fisher Ltd. Of the five Jewish lord mayors of Adelaide, Sir Lewis Cohen was elected five times between 1889 and 1922. In education, three of the 65 original proprietors of the Church of England Collegiate School (1847), later St Peter’s College, were Jewish, and the Portuguese convert to Anglicanism, Benjamin Mendes Da Costa, was a significant benefactor. Another proprietor, Philip Levi, was also, with his brother Edmund, a foundation member of the Adelaide Club.

Between 1891 and 1933, Australia’s Jewish population increased by 70% to 23 553. However, by 1918 South Australia’s Jewish population had fallen to 750, the year in which Rabbi Boas retired after 48 years of service, and to a low of 528 by 1933. Only one of Boas’s successors stayed more than five years, and for many years there was no rabbi. Immediately preceding the Second World War, around 130 Austrian and German Jewish refugees arrived, significantly increasing the population of less than 1000. The post-war years saw fundamental change as highly cultured immigrants began to play an increasing role in the Adelaide Hebrew Congregation, Zionist organisations and general activities in the Jewish community. A number succeeded in business, including the Hines family. Between 1948 and 1967, 300–400 refugees from Middle East conflicts arrived. Although having less influence within the Jewish community, some, like the Ades family, became well known in the business community.

Following Rabbi Tobias Rafalowicz’s appointment to minister to the Adelaide Hebrew Congregation in 1963 the first ritual bath (mikvah) was opened in 1965; a kindergarten in 1972; and a day school, Masada College in Walkerville, in 1976. In 1990, the Congregation’s present synagogue in Flemington Road, Glenside, was completed and Masada College relocated to the same grounds. In 2000, the college had over 100 students.

Over the last 40 years South Australia’s Jewish population has ranged from 985 to 1341 but without any pattern of growth. At no time since 1960 has the percentage of Jews exceeded 0.1%. This is small both absolutely and relatively when measured against national figures, with Jews making up approximately 0.4% of Australia’s total population. The only state with a lower percentage of Jews is Tasmania. A significant number of Adelaide’s Jews have gravitated to the professions, especially medicine, and they are well represented in academic life, industry and commerce.

Incidents of anti-Semitism have been uncommon, either because of the small number of Jews in South Australia or because they have integrated well with the broader community. However, while there is little hard evidence, it is possible that the Adelaide Club and at least one golf club have at times discriminated against Jews. 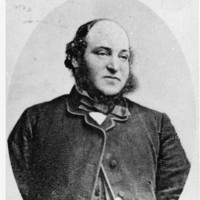 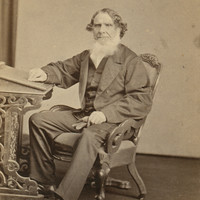 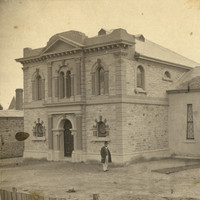 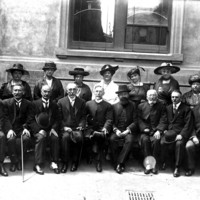 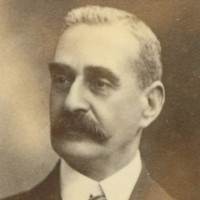 Hi Julie,
The sources tab above will give you some general reading that might assist with context. In terms of confirming Jewish heritage absolutely I'm afraid it will probably take the hard slog of family history research and tracing the family back to records in Germany. A good place to get started, if you haven't already had a look, is the State Library guides to family history research: http://guides.slsa.sa.gov.au/FHservice

Hi, my grandmother and her siblings were adamant that the Rosenthal side of their family were Jewish. They remember talk of synagogues and family own a couple of Heirlooms stamped with the Star of David. They were From Germany, arriving in Australia around 1840. However we can find no firm evidence of Jewish heritage. Any clues?

DNA tests are certainly changing the way family history is done Bill. Thanks for sharing your thoughts.

Julie for a long time I have wondered if my heritage was Jewish. I tried to find some clues which eventually came to me researching my family tree. My great grandmother immigrated from Prussia and she had a Jewish surname - Grossmann. I have since had 2 different DNA tests which when merged revealed Ashkenazi Jewish heritage. It has been a major affirmation of what was initially unconfirmed. Perhaps your DNA might reveal something to you.

Have you tried searching for them in Trove Julie? https://trove.nla.gov.au/newspaper/result?q=

Does anyone know about Asmus Johannson who arrived in south Australia in the 1870s ? He used to wear a small cap on his head and I want to know if he was Jewish? He would’ve been one of my great great grandfather‘s ... please send me an email if you know the history of the Johansson who came originally from Denmark in the 1870s . Thanks. Julie

Carlton, PA, ‘The worship of God in a strange land’: the Jewish community in South Australia since 1836’ (MA thesis, University of Adelaide, 1985)

Hyams, BK, Surviving: a history of the institutions and organisations of the Adelaide Jewish community (Adelaide: Jewish Community Council of South Australia, 1998)