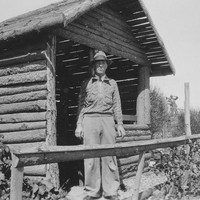 A Forestry Board was appointed to manage and protect some 195,000 acres of natural forest and cleared land, and began to develop plantations and encourage reafforestation of farmlands.
1876

Tree nurseries and planting trials were initiated in the Mid North and at Mount Gambier in the South East to find suitable tree species and locations for plantations. 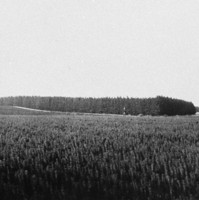 Radiata pine was first milled successfully in the Mid North at Wirrabara Forest in 1903, but until 1930 there was insufficient timber to construct a large-scale sawmill in the South East.
1926 - 1933

Significant funds were provided by an Australian–British government migration scheme

Fire protection has continued to be a major factor in managing plantations.
2001

The South Australian government has taken a leading role in establishing a sustainable forest industry. In 1870 the surveyor-general, George Goyder, raised concerns in parliament about over-exploitation of native forests and recommended establishing forest reserves. A Forestry Board, appointed in 1875 to manage and protect some 195,000 acres of natural forest and cleared land, began to develop plantations and encourage reafforestation of farmlands.

In 1876 tree nurseries and planting trials were initiated in the Mid North and at Mount Gambier in the South East to find suitable tree species and locations for plantations. Bundaleer Forest Reserve near Jamestown became Australia’s first commercial plantation forest. The Woods and Forests Department (now ForestrySA), one of the world’s oldest plantation-based forestry authorities, was established in 1882.

By 1907 extensive plantings of Radiata pine, the most promising species, were being undertaken in the Mid North, the Adelaide Hills and the South East. Once growth problems caused by trace element deficiencies were solved, radiata pine became the mainstay of commercial forestry in South Australia.

The establishment of plantations was aided in several unusual ways. Significant funds were provided by an Australian–British government migration scheme from 1926 to 1933; federally sponsored ‘Boys Camps’, established during the Great Depression to alleviate youth unemployment, provided labour; and Italian and German internees and prisoners of war were put to work from 1941 to 1945.

Radiata pine was first milled successfully in the Mid North at Wirrabara Forest in 1903, but until 1930 there was insufficient timber to construct a large-scale sawmill in the South East. Because private industry was not interested in purchasing or milling the wood, the state government established sawmills and the associated towns of Mount Burr in 1931 and Nangwarry in 1941.

Private sector forestry enterprises slowly became established in the South East. By 1935 SAPFOR (now Auspine) had established 2500 hectares of plantations and formed a small sawmilling company. Softwood Holdings (now Green Triangle Forest Products) commenced in 1937, gradually expanding to become a major grower, sawmiller and particleboard manufacturer. Cellulose Australia commenced in 1941 as large amounts of pulpwood became available. Since this did not absorb all available timber, in 1958 the state government built and operated the Mount Gambier State Sawmill, then the largest in the southern hemisphere. In 1960 the Apcel pulpmill opened near Millicent and began large-scale production of tissue paper. These operations, plus recent developments in plywood manufacture and laminating technologies, have ensured a high utilisation of forest resources.

Declining productivity in many second-rotation pine sites in the 1950s and 1960s was redressed by improved management of soil organic matter, appropriate weed control and fertiliser use. Genetic improvement through tree breeding has resulted in steady productivity gains. South Australian forestry firsts include sawn-pine seasoning techniques, timber-grading, preservative treatment of timber for outdoor and rural use, and cooperative tree breeding programs. Radiata pine, once spurned by the building and construction industries in favour of imported timbers, has gained nationwide acceptance.

Fire protection has always been a major factor in managing plantations. Serious bushfires occurred in 1939, 1944, 1950 and 1959. The worst losses were on Ash Wednesday 1983 when some 25 per cent of the Woods and Forests Department plantations in the state were destroyed.

By 1997 an increasingly competitive market for forest products, compounded by limited opportunities to reduce operations and costs, prompted the state government to sell the commercial timber processing and marketing operations to the private sector. In 2001 ForestrySA became a government-owned corporation. 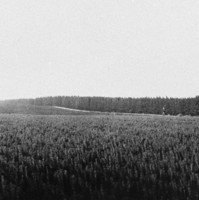 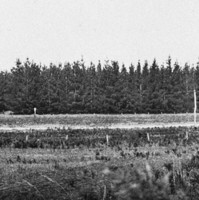 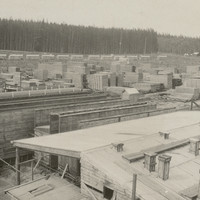 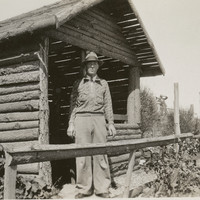 Thanks for sharing your memories Brenton.

I lived at snuggery village in the 1960s as did one of my brother's my dad worked at cellulose for 25 years ,he was a supervisor for many years and worked their until it's closure ,I still remember the social clubs kids Christmas party's at the old cellulose cricket oval.