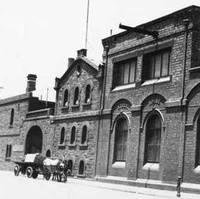 The brewing of beer was one of the first industries in South Australia. Early in 1838 Governor John Hindmarsh allowed John Warren to build a brewery on the parklands near the River Torrens; the establishment of other small breweries in Adelaide and nearby soon followed.

To minimise the consumption of spirits, regarded as detrimental to the well-being of the colonists, the authorities encouraged the brewing of beer. By the mid 1860s South Australia had more than 30 breweries spread across the settled areas of the colony; in the city were the Union (Rundle Street), Adelaide (Pirie Street), West End (Hindley Street) and Anchor (Morphett Street); there were breweries in Hindmarsh, Kent Town, Port Adelaide and Walkerville and Thomas Cooper’s small brewery in Norwood. One of the earliest in the country areas, Johnstons’ brewery at Oakbank, was established in 1843. Several breweries in the city, suburbs and country closed through their owners becoming insolvent. Many early brewers were not skilled in their trade and were unable to produce acceptable beers, particularly during summer when high temperatures made fermentation control difficult with the result being sour beer. Advances in scientific knowledge and improved equipment in the late nineteenth century enabled city brewers to increase production; the remaining smaller breweries, particularly in the country, less able to adapt to modern methods, soon became uneconomic.

The formation of The South Australian Brewing, Malting & Wine & Spirit Co. Ltd (SABM&W&SCo) in 1888, from the amalgamation of the Sir Edwin Smith’s Kent Town and William Knox Simms’ West End breweries and the wine and spirit business of Rounsevell & Simms, was a major development in the brewing industry. SABM&W&SCo, listed on the Stock Exchange of Adelaide, sold the wine and spirit business to two Adelaide wine merchants, AE & F Tolley and Milne & Co. in 1893 and became The South Australian Brewing Co. Ltd (SABCo). The new company acquired the breweries in Laura and Port Augusta in 1893 and closed them in 1893 and 1898 respectively. The Walkerville Co-operative Brewing Co. Ltd, originally operating at Walkerville, purchased the Torrenside Brewery at Thebarton (established in 1886 by the Ware brothers) in 1898; the Co-op was to become SABCo’s main competitor. The Lion Brewery in North Adelaide was the other major competitor, but ceased brewing in 1914. Other smaller breweries were finding it increasingly difficult to survive. Poor brewing practices, competition from these larger city breweries, which took advantage of the expanding railway system, the introduction of the Beer Duty Act 1894 which exacted a duty of twopence per imperial gallon (2d/4.5L), and, following federation, brewer’s licences and regulations associated with the Commonwealth Government’s Beer Excise Act 1901 resulted in more closures in the city, suburbs and country.

Almost from the beginning of settlement in Australia brewers bought or acquired leases of hotels giving them control over publicans’ beer trade – SABM&W&SCo owned and leased more than 100 hotels upon its formation. This ‘tied house’ system ensured that, apart from a limited amount of imported beer, a hotel sold only the proprietary brewery’s draught and bottled beer and other products such as tonic ale and aerated waters. This level of control saw strong growth of the wealthier breweries within the individual colonies and because of limited transport and customs duties which applied between colonies before federation they did not expand across borders. The tied house system lasted until the passing of the Commonwealth Trade Practices Act 1974 (although, because of a lengthy court case initiated by the Sydney brewer Tooth & Co. Ltd, it was 1979 before it came into effect) removed this control allowing free trade of all beer brands in hotels.

South Australians drank traditional English-style top fermented ale and stout, both imported, and locally brewed ‘colonial’ ale. Lager beer was first produced at SABCo’s West End Brewery in 1902, but this new type of German beer was not popular, and ale and stout continued to be produced by all brewers. Because the production of lagers required extensive investment in new equipment, including refrigeration and pressurised beer storage tanks, the capital outlay involved was beyond the financial resources of many of the remaining small proprietors. Haussens Brewery at Hindmarsh tried brewing a lager in the early 1920s, but it was not successful and the brewery closed in 1927. Walkerville Co-operative was the only other brewery at the time to embark on lager brewing and in 1926 the company installed the Nathan system, fully imported from Zurich, but again the new beer was not popular. During 1912–13 Thomas Nation, SABCo’s head brewer, refined their method of brewing and produced a ‘bitter beer’ which gradually replaced the old top-fermented ale.

By 1930 most of the small breweries had ceased brewing and contracted with the two major city brewers – SABCo and Walkerville Co-op – to supply their hotels. The remaining brewers were Mallen’s Waverley (later Springfield) Brewery at Mitcham, Pikes at Oakbank (ceased brewing in 1938), Jacka’s Brewery at Melrose (closed 1934) and Cooper & Sons Ltd at Leabrook. Coopers had continued brewing and bottling their traditional ale and stout, did not own hotels and had only sold privately until the early 1900s when they began to supply ‘free’ public houses (i.e., those not tied to a particular brewery). When SABCo took over Walkerville Co-operative in 1938 the company became the major brewer supplying all hotels in South Australia.

From 1938 the only other breweries operating were Springfield and Cooper & Sons. The number of breweries had declined from 25 in 1900 until by the mid 1950s, after the demise of Springfield, the only brewing companies were SABCo, operating the West End and Southwark breweries, and Coopers, which at that time only produced bottled ale and stout. In 1968 Coopers started brewing lager and later developed home-brew kits and draught beer. In 1993 SABCo was taken over by Lion Nathan of New Zealand (in turn taken over by Kirin Brewing Co. of Japan in 2009 and delisted from the stock exchange), now known as Lion, leaving Coopers as the only Australian-owned brewery and which is still operated by the Cooper family as an unlisted private company (Coopers Brewery Ltd from February 1988). After Coopers moved their brewing operations to a new site at Regency Park in 2001 they increased production in ale, stout, lager beers, home-brew kits and malt extract and continue to operate very successfully.

Craft or micro breweries began operating in the 1980s and those in South Australia are, in the main, privately owned.

This is a revised version of an entry first published in The Wakefield Companion to South Australian History edited by Wilfrid Prest, Kerrie Round and Carol Fort (Adelaide: Wakefield Press, 2001). Revised by the author, uploaded 10 December 2013. 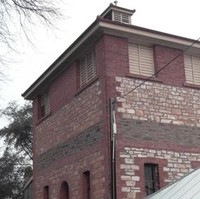 Courtesy A Painter. Not to be reproduced without permission. 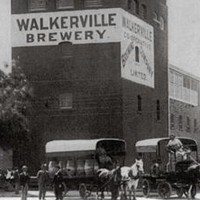 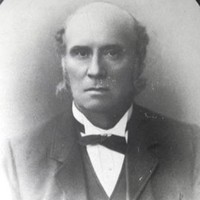 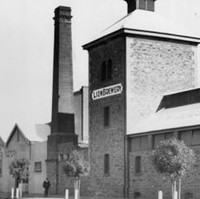 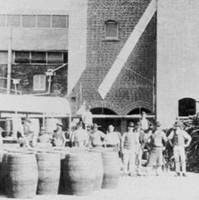 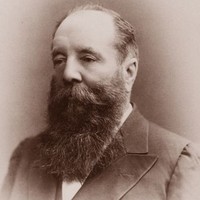 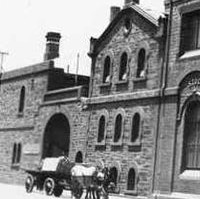 Courtesy of the State Library of South Australia, SLSA: B3179, no known copyright. 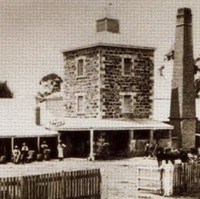 Courtesy J & AG Johnston Ltd. Not to be reproduced without permission.

Thanks for adding that information Kathy, it sounds like something we should research further.

The brewery on the corner of North Tce and Morphett St was originally Reid Brewery started by Isaiah and John Reid. Their brother Rev. Richardson Reid was across the road at Trinity Church. Their other brother was Inspector William Reid, SA Police. John Reid's son John Henry was the person who found coal while working for the railways at Leigh Creek. Sadly the Reid family and their contribution to early Adelaide has all but been forgotten!

I'm afraid I can't add much to the above Guy, but if you click on the sources button above it will list some of the texts the author referred to, and you may find more there.

My father worked with Milne & Co in the 1920's through 1930's under Claud Halifax Manager Director. I am constructing a family history and looking for more information regarding the Company at this time.
Claud when he retired from Milne's in the 1940's came and worked for Pierce & Matthews, Seymor left Milnes' to purchase the Bay View Hotel Whyalla in 1941.